Samsung has postponed the Galaxy S9 Android 10 update to February in many countries. It has also pushed the update schedule for the Galaxy A30 to March. The company recently updated its Android 10 One UI 2.0 roadmap to reflect the new changes. The updated roadmap can be found in the Notices section of the Samsung Members app.

The Galaxy S9 and S9 Plus were originally scheduled to get the Android 10 update in January 2020. However, owing to some unknown reason, possibly because of a showstopping bug, Samsung has now postponed the update to February. What’s worse? The update has been delayed not by one month but by two in Germany. The updated Android 10 roadmap in the country says the update will only arrive in March.

Meanwhile, Samsung’s official Android 10 roadmap in the Netherlands continues to say that the update will be released in January. This seems unlikely though, as only a few days are left in this month and there’s no sign of a stable release yet, not even for beta users. Samsung launched the Android 10 beta program for the Galaxy S9 duo in November last year.

That said, Samsung tends to keep things low and quietly releases the update once it’s ready. As we saw in the case of the Galaxy Note 9, it merely takes the company a day or two after releasing the stable update for beta users to begin the rollout for the general public.

Nevertheless, February is just around the corner, so it shouldn’t be a too-long wait now for the Galaxy S9 and S9 Plus owners to get their hands on the Android 10 One UI 2.0 update.

Galaxy A30 Android 10 update delayed for the third time

Samsung has been quick with updating its Galaxy phones to the Android 10-based One UI 2.0. It has already released the update for the Galaxy S10, Note 10, Note 9, Galaxy M20, M30, and A40s, even ahead of schedule in some cases. However, the company continues to delay the update for one of its 2019 Galaxy A device again and again.

The Galaxy A30 was originally scheduled to get the Android 10 One UI 2.0 in January. Later, Samsung postponed it to February and now the most recent changes say the update will only arrive in March. There’s no word from Samsung on what’s delaying the update. One can only imagine there are some serious issues and it’d be worth waiting for Samsung to fix, rather than having the phones bricked or stuck in boot loops by an undertested update. 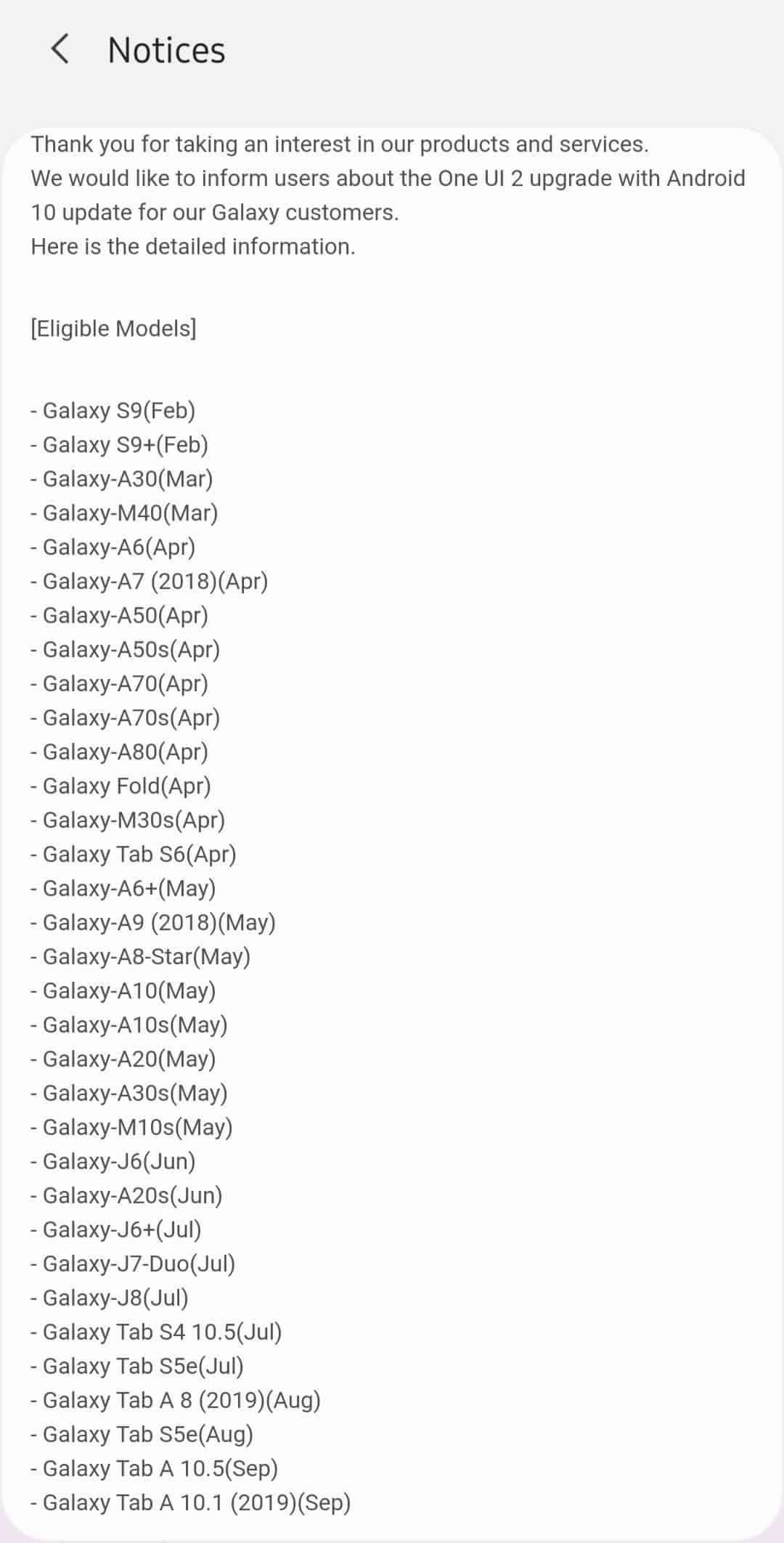