Skip to content
Advertisement
Trusted By Millions
Independent, Expert Android News You Can Trust, Since 2010
Publishing More Android Than Anyone Else
13
Today
53
This Week
518
This Month
6275
This Year
116253
All Time
Advertisement

There’s been plenty of leaks so far, regarding the Galaxy S20, but now we’ve got most of the specs for all three models. Leaving virtually no questions unanswered at this point.

Based on the previous leaks, we already knew a good number of these specs, though it is nice to see it all in one table now. Courtesy of My Smart Price.

Everyone gets high-refresh rate

All three smartphones will be getting high-refresh rate displays, at 120Hz. They also all sport the same 3200×1440 resolution at a 20:9 aspect ratio. These are Infinity-O Dynamic AMOLED displays.

This will come as no surprise, but the Exynos 990 is going to be powering the Galaxy S20 series. This is a 7nm chipset, which is going to be great on battery life, as well as performance. And most of all, it has 5G support.

It is still very likely that in the US (and a few other markets) that Samsung will use the Qualcomm Snapdragon 865. Which does also have support for 5G.

The camera specs were detailed earlier today, but now we get to see them side-by-side. Galaxy S20 and S20+ will sport a 10-megapixel front-facing sensor, while the Galaxy S20 Ultra gets a 40-megapixel shooter.

And that’s about it for the specs. There’s not many surprises here, but it is appearing that the Galaxy S20 Ultra is going to be an absolute monster of a smartphone. 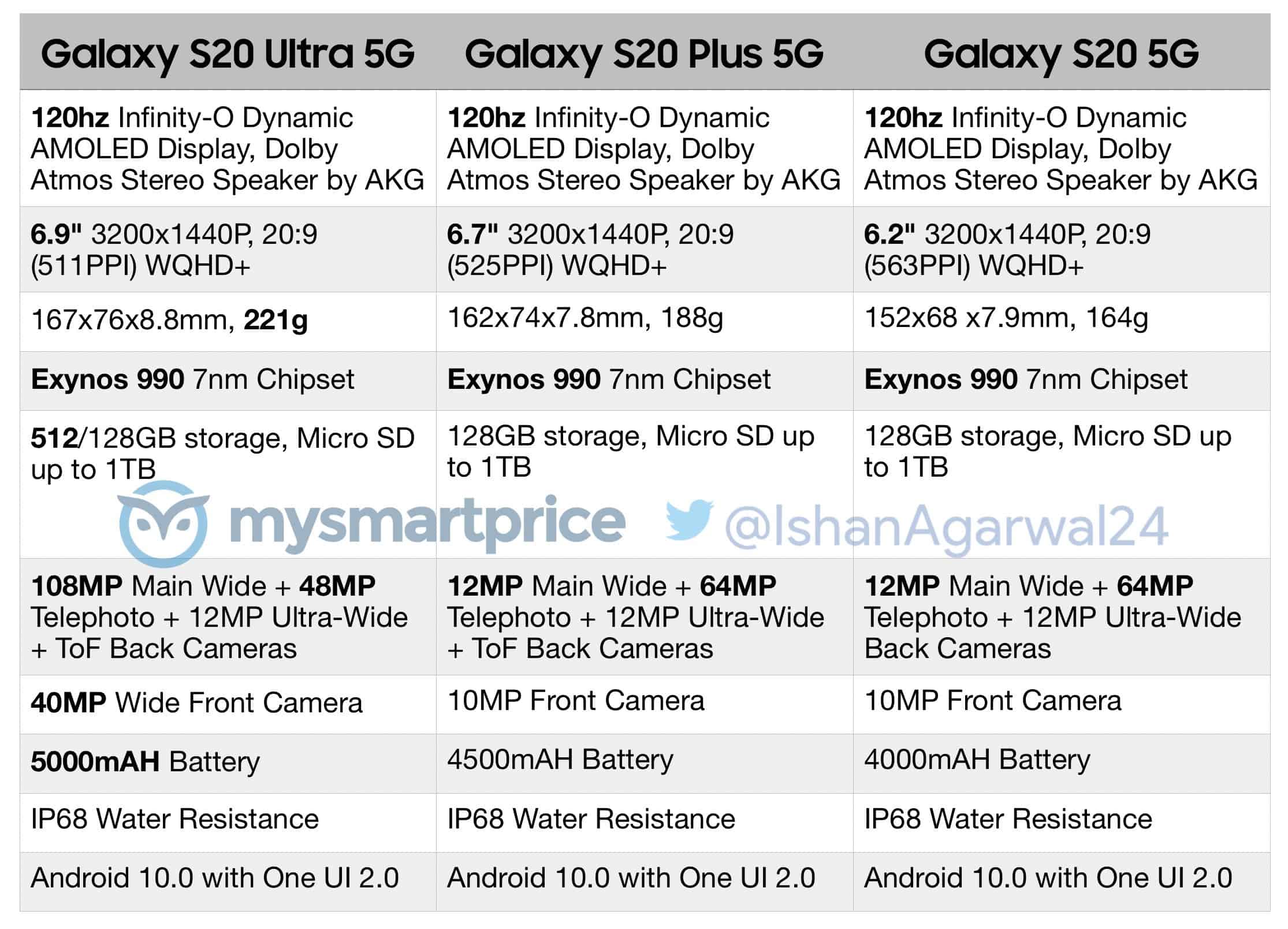