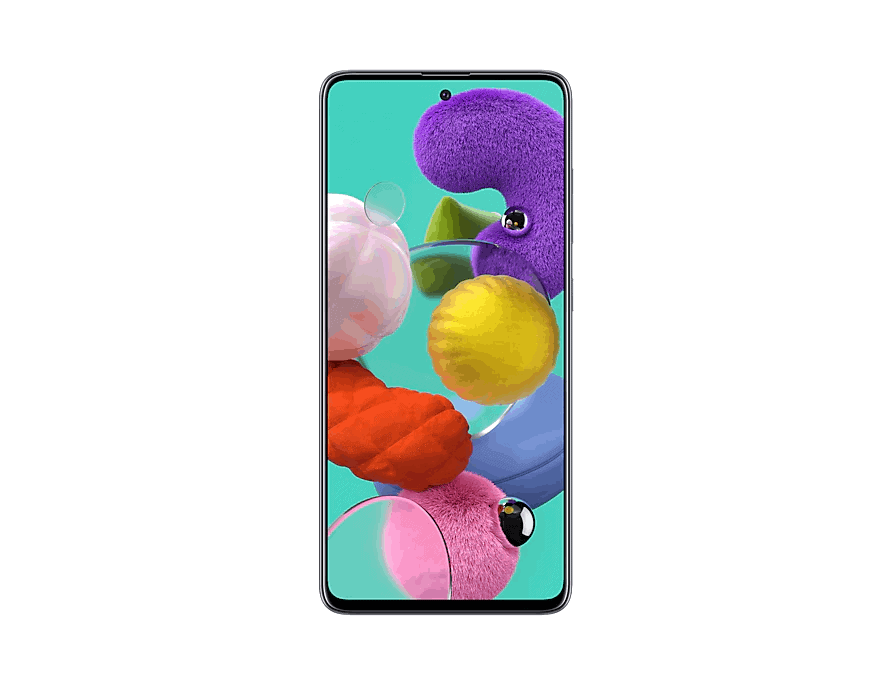 The Samsung Galaxy A51 may hit the retail shelves in the US soon. The device has been recently certified by the Wi-Fi Alliance with the model number SM-A515U. The “U” at the end denotes carrier-locked US version. Firmware leaks suggest that all four major US mobile carriers, AT&T, T-Mobile, Verizon, and Sprint, will offer this device.

The Galaxy A51 is one of the first mid-range phones in Samsung’s 2020 Galaxy A lineup. Launched alongside the Galaxy A71 in December last year, the device has the tough task of succeeding Samsung’s highly successful Galaxy A50. Though the A50 was also released stateside, not all of the major carriers offered it. Samsung is looking to change that this year in order to cater to a broader audience.

Samsung also reportedly has a 5G variant of the Galaxy A51 in development. It will likely release in South Korea in the coming months. It remains to be seen if Samsung has plans to bring it to the US as well.

Galaxy A51 US price

If Samsung indeed launches the Galaxy A51 at under $400, it’ll make for an excellent proposition from the company. This device offers some valuable upgrades over the Galaxy A50 while carrying a comparable price tag. It is the first Samsung Galaxy smartphone to feature a macro camera. The 5-megapixel lens on the back makes it possible to capture clean close up images of a subject. The macro camera is flanked by a 12-megapixel ultra-wide sensor, a 5-megapixel depth sensor, and a 48-megapixel primary lens.

Thanks to smaller bezels, the Galaxy A51 gets a 6.5-inch fullHD+ (2040 x 1080) Infinity-O Super AMOLED display despite being as tall as and slightly narrower than the Galaxy A50, which has a 6.4-inch panel. The centered punch hole houses a 32-megapixel front-facing camera. The Galaxy A51 also runs Android 10 out of the box with One UI 2.0.

The rest of the specs are identical to that of Galaxy A50. Under the hood is an Exynos 9611 SoC, which is technically the same as A50’s Exynos 9610, with 4GB/6GB of RAM and 64GB/128GB of storage. There’s also an optical on-screen fingerprint reader and a 3.5mm headphone jack. A 4,000 mAh battery fuels the whole package and comes with 15W fast charging support. The Galaxy A51 has a 3D Glasstic body with a prism-like crisscross pattern and a gradient effect. 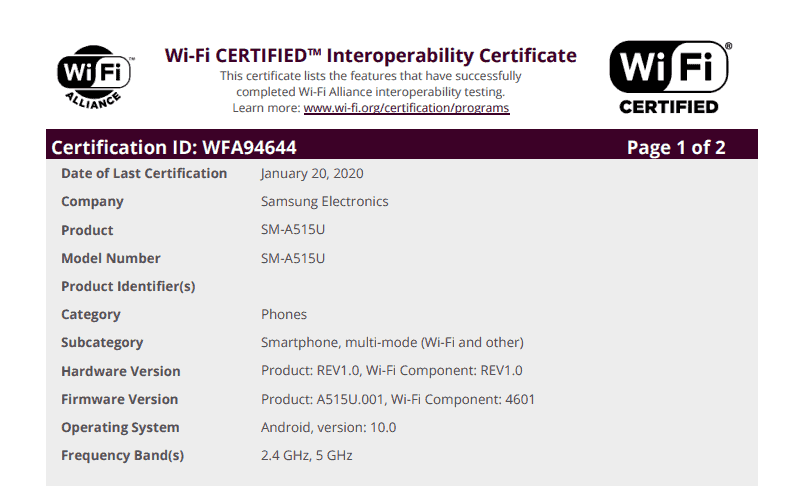