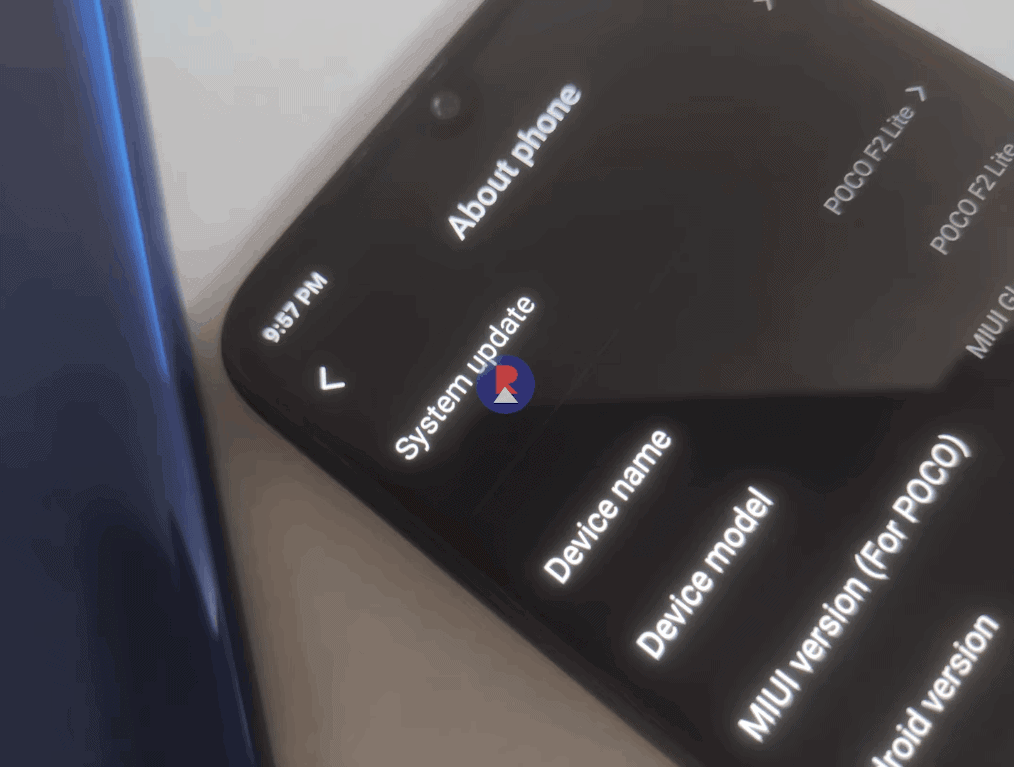 The alleged POCO F2 Lite handset has just surfaced online, in real-life images. Three images popped up in total, and were shared by a 'RevAtlas' YouTube channel.

In the video that is embedded below the article, the owner of the channel explains that he received these images via e-mail. He even shows the e-mail itself, and says that he has no way of confirming if these are legit or not.

He also has no idea why the images were sent to him, but there you go. Whoever sent these three images, also provided some spec info as well.

Now, before we get into it, let's just say that it's possible these are legit. Xiaomi's Global VP announced recently that POCO became an independent brand. On top of that, the 'POCO F2' surfaced on Geekbench.

Now, the device that surfaced on Geekbench included the Snapdragon 730G processor. That suggested that we're looking at a mid-range phone. The Pocophone F1 was branded 'the new flagship killer' back in 2018, so its successor should have flagship-grade specs as well, right? Well, yeah, and this new information kind of clears things up.

This suggests that POCO plans to release at least two smartphones in 2020, one mid-ranger, and one flagship-grade phone. That makes sense, as we're expecting to see more than one phone from the company at this point, especially considering POCO is now an independent brand.

Do note that POCO will still use Xiaomi's MIUI Android skin in its devices, though. That being said, let's focus on the images that surfaced. As you can see, the POCO F2 Lite will include a dewdrop notch, if these real-life images are to be believed. The phone will also include a rather noticeable 'chin' below the display.

We don't really get to see its back side here, so we don't know if it will be made out of plastic or glass, but plastic is a more probable direction. You can clearly see the 'POCO F2 Lite' model name on the phone's display in one of these images.

That very same image also confirms that MIUI will come pre-installed on the phone, POCO's version of MIUI. The source also revealed that the phone will be fueled by the Snapdragon 765, which conflicts with what we've seen on Geekbench.

Is it possible that POCO plans to release more than one mid-range device? Well, yes, but that's highly unlikely. We'll have to wait and see what happens, in other words, which leak is accurate.

The source also mentioned that the phone will include 6GB of RAM and a 5,000mAh battery. A "high-resolution camera" is also mentioned, but no specific info was shared. The Pocophone F1 aka POCO F1 launched in August 2018, so this handset may do the same but in 2020. We'll see, POCO may opt to release its new phone(s) sooner, who knows.