OnePlus has scheduled a display-related event for January 13. A detailed description of this event is the “OnePlus 2020 Screen Technology Communication Meeting”, reports GizmoChina. All in all, it seems like OnePlus will reveal new display technology, or something like that.

This event has been scheduled in China, by the way. Media invites have been sent out, and the event will kick off at 2 PM local time. It will be hosted in Shenzhen.

New display technology could be revealed by OnePlus

OnePlus really did not reveal much info when it comes to this event. The company shared an image via social media, and that’s it. We can see a slab of glass in that image, and sketches of that same glass behind it.

This does not really reveal much, or anything at all. All it confirms is that this event will have something to do with display tech, so that’s what we’re expecting from OnePlus.

Now, if we had to guess, we’d say that the company will talk about refresh rates. To be more specific, the company may unveil its plans for the OnePlus 8’s display.

Both the OnePlus 8 and 8 Pro are expected to ship with 120Hz displays. That means that their refresh rates will be higher than those of the OnePlus 7 Pro and 7T. Those two phones are refreshing their displays at 90Hz.

OnePlus does not have a habit of talking about its displays before a phone gets announced, but the company may make an exception this time.

Why? you may ask. Well, because quite a few smartphone manufacturers will announce smartphones with 120Hz displays this year. OnePlus may simply want to jump the gun, and hype it up before anyone else does.

The Galaxy S20 series that is coming in February is expected to include 120Hz displays. The Galaxy S20+ and S20 Ultra, at least, the Galaxy S20 will include a 90Hz one, if rumors are accurate.

That is just one example. The Galaxy S20 will arrive before the OnePlus 8, so OnePlus may want to attract some attention to its tech and phones ahead of time.

There is a chance OnePlus is planning something else, either in addition to this, or instead of it. When it comes to displays, there’s much to talk about. Perhaps the company has some new features in tow, or a new in-display fingerprint scanner. An under-display camera tech is also an option, so… who knows. We’ll know more on January 13. 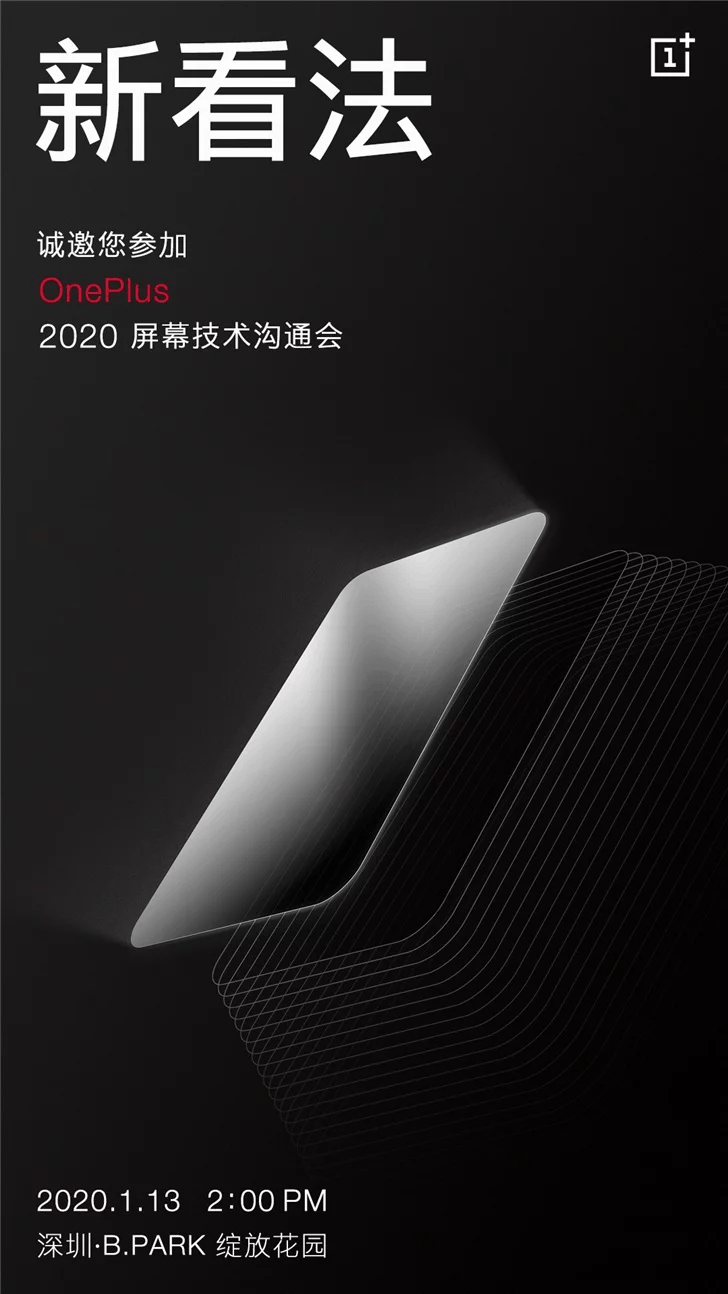