The Motorola Edge Plus has just surfaced on Geekbench, and it seems like this is the company’s upcoming flagship. We’ve reported quite recently that the company already scheduled a press conference at MWC 2020.

Motorola will host its press conference on February 23 at 7PM CEST. By the looks of it, the company will announce its flagship smartphone during that event.

This Geekbench listing does reveal some details about the Motorola Edge Plus, that’s for sure. Based on its benchmarking score alone, we can see that this will be a flagship-grade phone.

The device managed to score 4,106 points in a single-core test, while it managed to hit 12,823 in a multi-core test. This listing clearly says that the phone will be fueled by Qualcomm’s SoC, and by the looks of it, it will be the Snapdragon 865.

Android 10 will be included in the package, while the phone will sport 12GB of RAM. That is pretty much all the spec-related information that Geekbench shared.

Motorola did not announce a proper flagship phone for years now. This phone is expected to fill that role, as Motorola has been long-awaited to make such a move again.

Now, Evan Blass aka @evleaks confirmed that the ‘Motorola Edge+’ is coming soon about a week ago. We did not really have any info on that device back then.

Whatever it is, it will offer a stylus as well. A rather regular-looking stylus was pictured in that image, with what seems to be a regular rubber tip.

There could be more to that story than meets the eye, though. The device itself sports really thin bezels, with a display camera hole. That hole is placed in the top-left corner of the phone. The ‘chin’ on this device seems to be thicker than on most flagships these days, though.

Based on the provided renders, the this device will include a flat display. A 2.5D curved glass will be placed on top of that display, though, of course.

So, that device, with a stylus, probably is not the company’s upcoming flagship. That means that we’re in the dark as far as the phone’s design is concerned. If Motorola really does plan to introduce its new flagship at MWC 2020, however, we’ll probably see some leaked info soon. 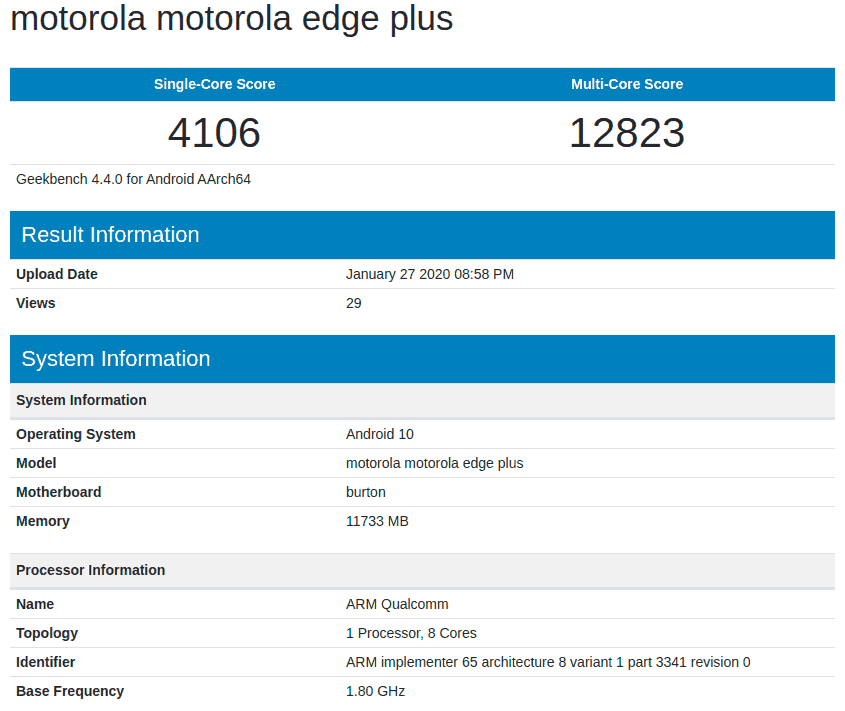