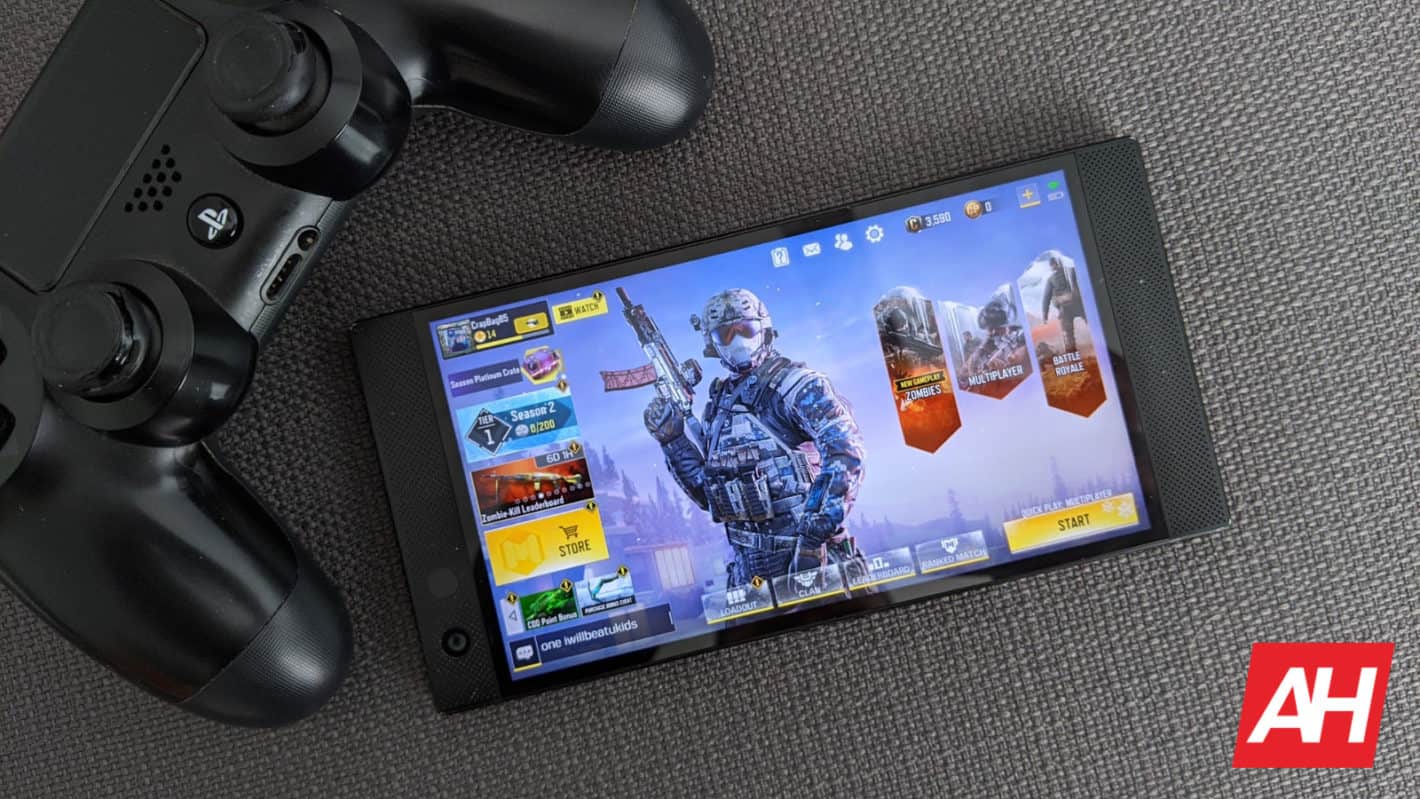 A new report from App Annie suggests that the most popular gaming platform around the world is mobile.

More than PC, more than PlayStation, more than Xbox, and more than Nintendo. Based on a pretty big increase in spending from players of mobile games in 2019.

According to the report, gamers on mobile spent 25-percent more money on in-game transactions than every other platform combined. Of course, does that really mean that mobile gaming is the most popular platform?

Simply because players are spending more money on mobile than elsewhere? A better indicator of popularity might be which platform has the most monthly active players. At the very least though, gamers on mobile are certainly willing to spend more money.

Mobile is the most popular gaming platform based on consumer spending

Based on the amount of money spent, mobile is the most popular platform. And while that may not necessarily translate to where players are interacting with their games the most on a consistent basis, it does show that there are a lot of players on mobile.

This uptick in consumer spending was no doubt driven by massively popular games like Call of Duty Mobile and Mario Kart Tour. Two of 2019’s most downloaded games. 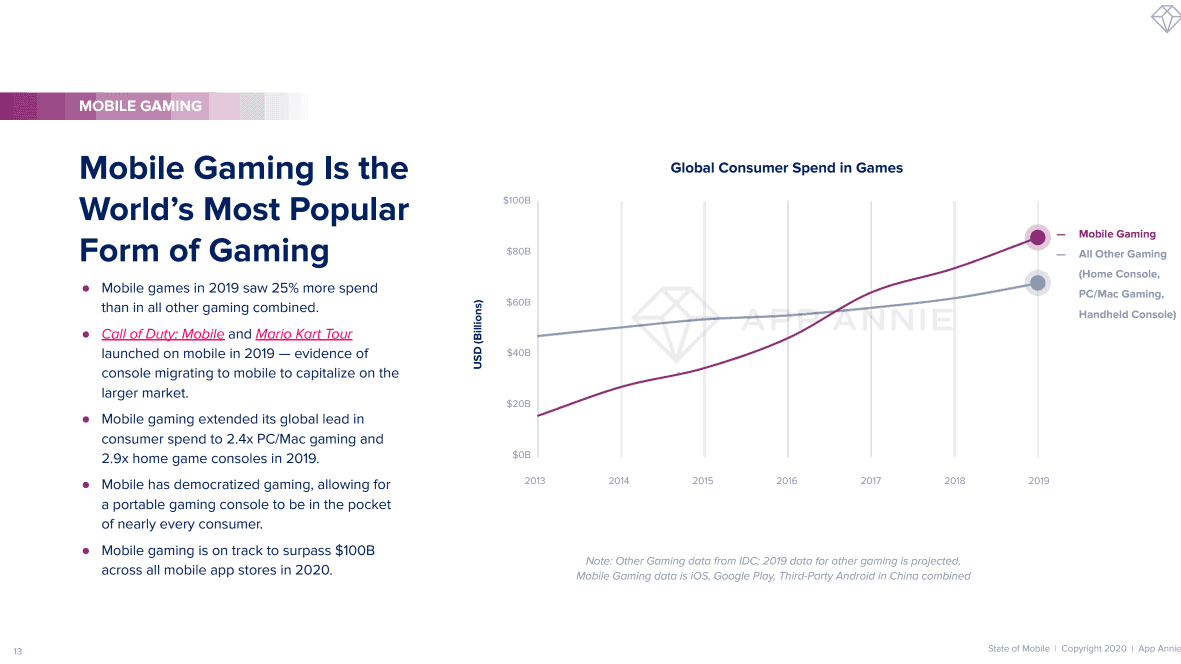 According to App Annie this is also an indicator that publishers and developers are increasingly migrating their properties to mobile to take advantage of the size of the market.

That’s not to say the migrations will lead to other platforms being phased out. Just that mobile is a huge market to be tapped into and larger AAA publishers and studios want a piece of that pie. So they create mobile games based on their popular franchises.

This year alone it’s predicted that consumer spending in mobile games could surpass the $100 billion mark on a worldwide basis. Which is no small figure.

Core Games, such as PUBG MOBILE and Call of Duty Mobile, weren’t the most downloaded games of 2019.

Rather it was casual arcade games that saw the most downloads. Making up about 47-percent of all game downloads across platforms globally. Core Games however did represent more than half of the time spent in the Top Games lists.

This is because Core Games tend to require a significantly higher time investment. They tend to be service games, with ongoing updates, new events, challenges, and multiplayer activities. And a lot of the time events that offer up rewards require more time spent playing to achieve some of those goals. 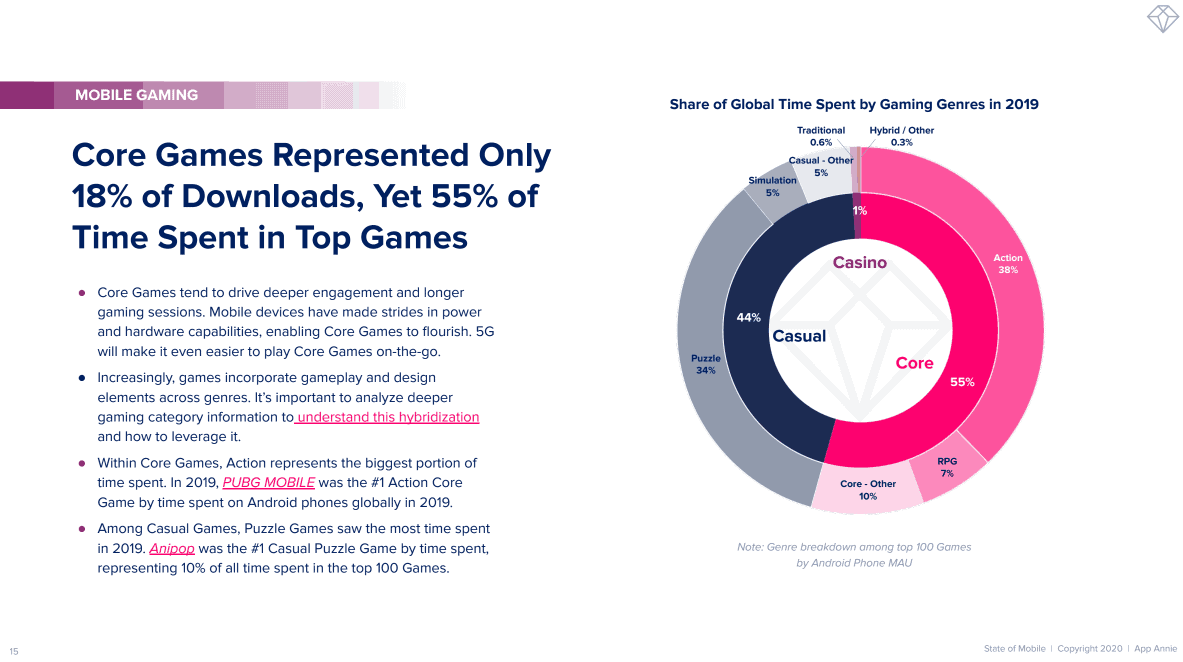 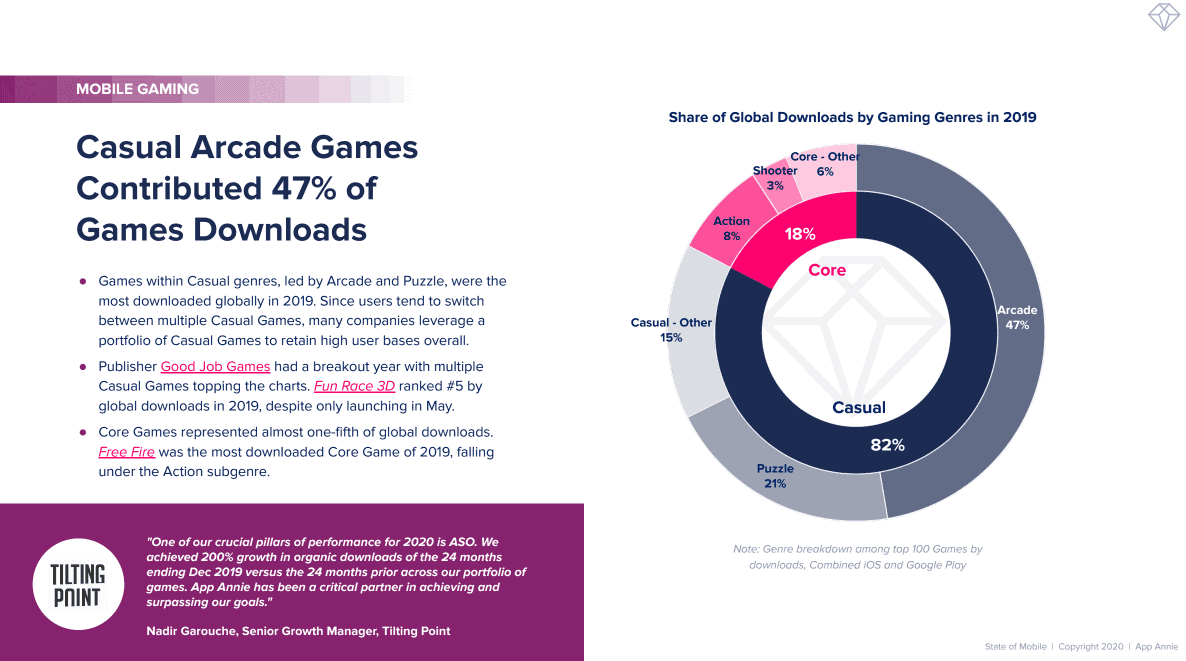 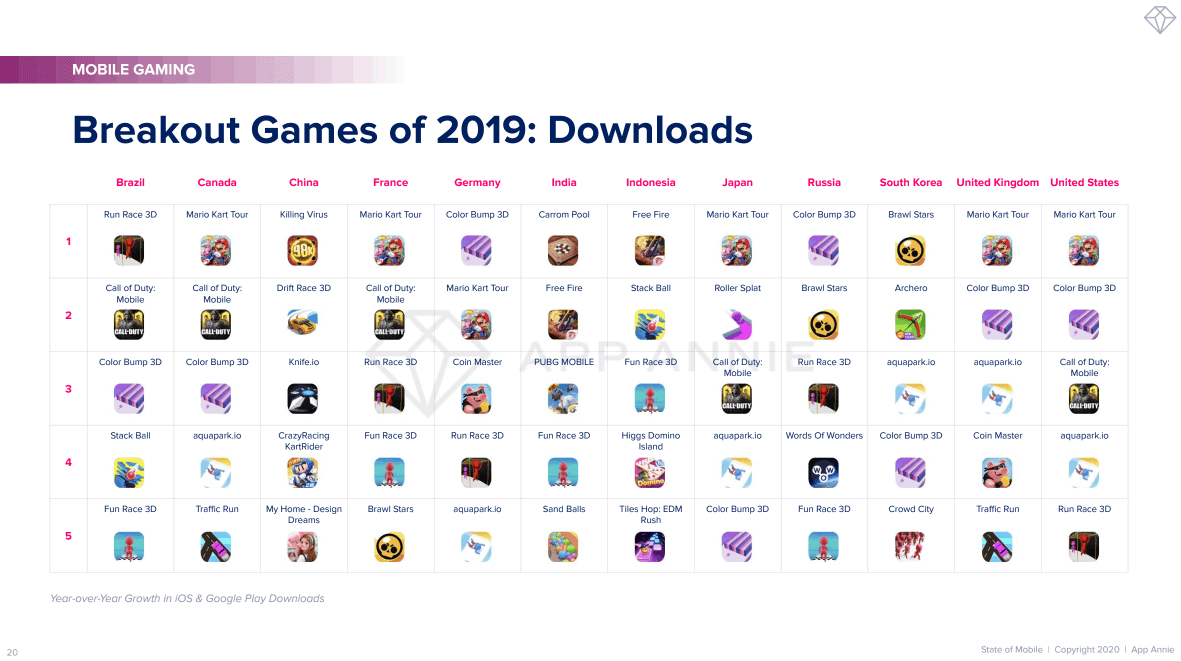 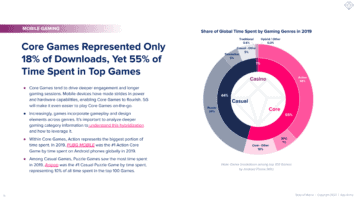 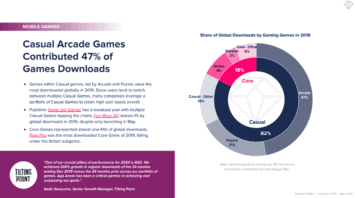 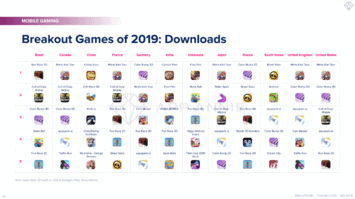 This helped drive the engagement of Core Games and the amount of time players interacted with them. Which kept them at the top of the lists. As an example, PUBG MOBILE was the top Action Core game of the year, where players spent more time than any other game.

Another Action Core Game, Call of Duty Mobile, garnered lots of engagement from players as well. Even in the short three months it was out before the year ended.

From its launch on October 1 to the end of December, it was able to achieve being in the top five most downloaded games list in five different major markets. In the US and Japan it was number three, while in France, Canada, and Brazil it was number two.

Like it or not, mobile gaming continues to gain popularity and isn’t going anywhere.