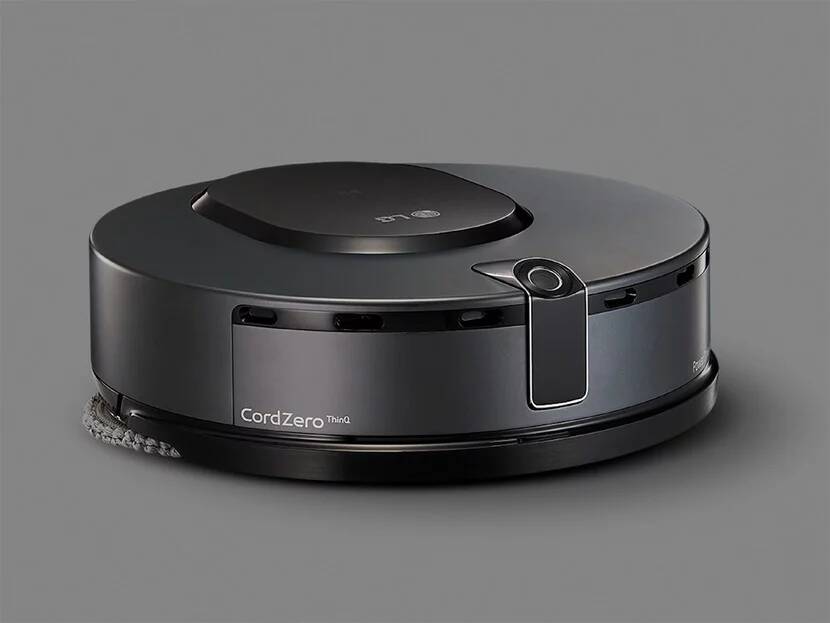 LG has a new robot mop coming this year. It has dual-spin brushes for a better clean and it uses LG's Dual Eye camera tracking system.

The robot mop unit is called the CordZero ThinQ robot mop, so it's powered by LG's artificial intelligence technology. It was also designed to work in tandem with LG's CordZero ThinQ R9 Robot vacuum.

You can use the new robot mop without the vacuum, of course. But there are benefits to having the vacuum as well. For example, the vacuum can do its job and then talk to the mop to tell it when the vacuuming is done.

Thus accelerating the cleaning process for the mopping and making the use of it a little less hands-on.

LG is officially announcing the new mop prior to CES 2020 next week. However during CES will be when LG officially has the mop available to see in person.

If you're going to be at the trade show, you'll be able to sneak a peek at the mop in all its glory. That being said, LG doesn't have a release date announced for the product. Nor has it mentioned a price point for what it will cost.

LG may offer this information up during CES, but for now the availability information is up in the air. Presumably LG will put the CordZero ThinQ robot mop on sale later this year. When, where, and for how much is anyone's guess.

The pairing of the dual-spin brushes with a wet pad underneath means the mop can first scrub the areas that need extra attention before the actual mopping.

The brushes scrub as it moves through any areas that need to be mopped, ensuring that any stains or dirt are thoroughly taken care of.

The robot mop also comes with LG's HomeGuard feature. With this you can set the mop to guard mode. This then allows it to watch designated areas for intruders, and then alert you if it notices anything out of the ordinary.

This will be far from the only robot mop on the market these days. But once it becomes available LG believes it'll offer a superior clean.