The Huawei P40 rear camera count may have just been revealed by a production line photo. If you take a look at the image below this article, you’ll get to see the setup yourself.

This is not the whole camera module, of course. It’s just a piece of the Huawei P40 camera assembly, a piece of metal, it seems. That is basically a housing for the camera sensors and whatnot.

Do note that this piece of metal is allegedly going to be included in the Huawei P40, not the P40 Pro. That being said, there are three cameras cutouts here, suggesting we’ll see three rear cameras on the P40.

All those cutouts are circular, which suggests that the P40 will not include a periscope camera. The P40 Pro is expected to include such a camera, though.

The ‘Pro’ model is expected to feature five rear cameras

The Huawei P40 Pro is expected to include more cameras than the P40. One of the leaks suggested that it will include five cameras on the back, though it remains to be seen how accurate that info is.

Both devices will be made out of metal and glass, and will arrive at the end of March. The release timeframe has been confirmed by Huawei Mobile’s CEO, Richard Yu. We still do not know the exact date, though.

As things look at the moment, the Huawei P40 series will not include Google’s services. It will ship with Android 10, though, and Huawei’s Emotion UI (EMUI) 10 on top of it. Things may change in the meantime, and Huawei may still include GMS in the P40 series.

The Kirin 990 64-bit octa-core processor will fuel both P40 smartphones. Both devices will arrive with 5G support, and both will include Leica’s camera lenses.

We still do not know what the front side of the two phones will look like, but they will probably include a display camera hole on the front, each of them. An in-display fingerprint scanner is also expected to be included.

More information regarding both Huawei P40 smartphones is expected to arrive in the near future. This Huawei P40 production line photo is only the beginning. The closer we get to the release date, the more info will come, as it’s usually the case. 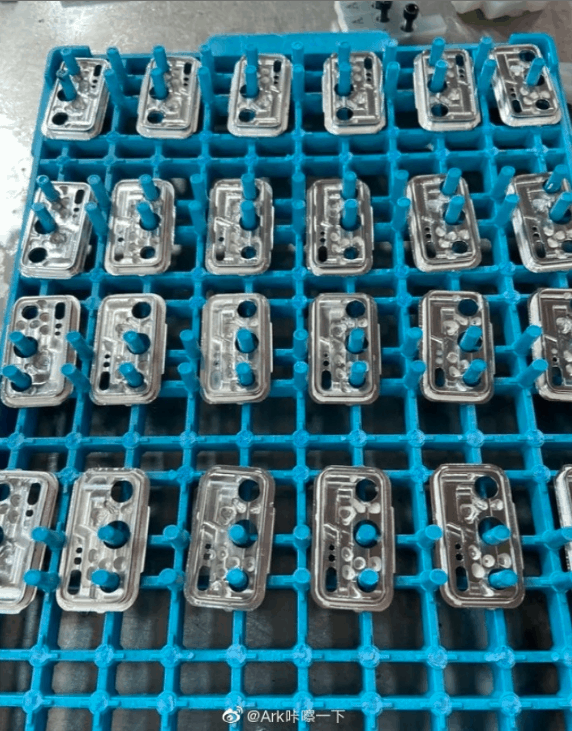