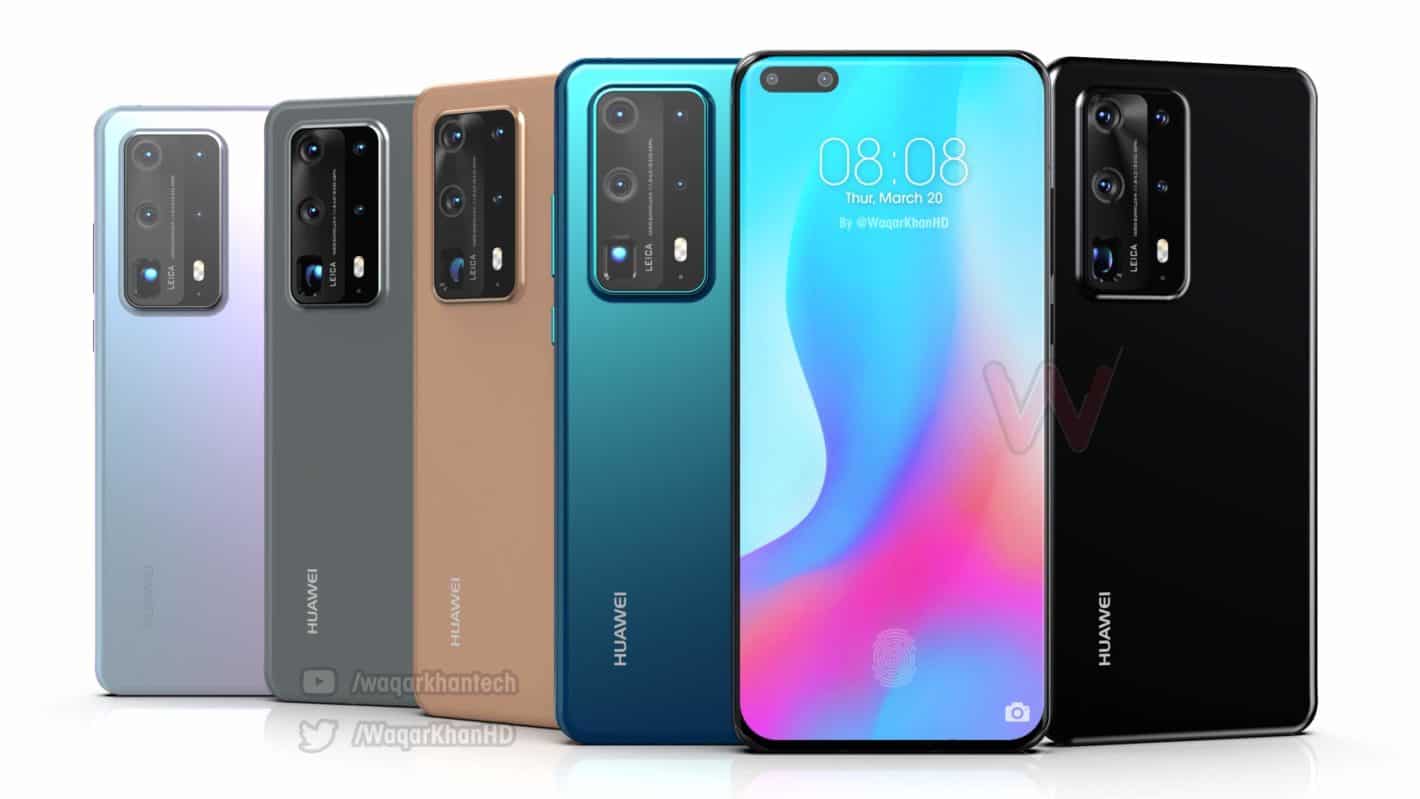 The Huawei P40 Pro PE had already leaked in renders, and now a concept design appeared as well. This concept comes from Waqar Khan, and it is based on recent leaks.

Considering that this Huawei P40 Pro PE concept design is based on leaks, it’s quite accurate. We’ve actually exclusively leaked the P40 Pro quite recently, and there’s not much to hide at this point, at least in terms of the design. The ‘PE’ model will be a bit different, though, as its rear camera module will look a bit different.

If you take a look at the provided images in the gallery, and the provided video, you’ll get a good glimpse at the phone itself. The Huawei P40 Pro PE will be made out of metal and ceramic, while it will include a curved display.

The phone’s bezels will be almost non-existent, but it will include a display camera hole. That hole will be quite noticeable, unfortunately, as we’re looking at a pill-shaped hole here.

That display hole will be placed in the top-left corner of the phone’s panel. The device will include five cameras on the back, and one of them will be a periscope-style camera. A dual-LED flash is also visible here.

All physical keys will be included on the right-hand side of this phone, including the volume up, volume down, and power / lock buttons.

A Type-C USB port will be included at the bottom, while a 3.5mm headphone jack will not be a part of the package. The device’s back will also be curved, on all sides.

The phone’s camera module will protrude on the back quite a bit, though that is to be expected, considering the size of those sensors, and the sheer number of them.

The Huawei P40 Pro PE will include an in-display fingerprint scanner, an optical one. Advanced facial scanning probably won’t be included.

The Kirin 990 64-bit octa-core processor will fuel this smartphone. The same goes for the Huawei P40 and P40 Pro which are expected to arrive alongside the P40 Pro PE.

The Huawei P40 Pro PE will include plenty of RAM, and a large battery is also expected. Android 10 will come pre-installed on this phone, along with EMUI 10, but without Google’s services.

GMS will be replaced by HMS on this device, due to the US ban that prevents Huawei to use Google’s services. The Huawei P40 series is expected to launch at the end of March.