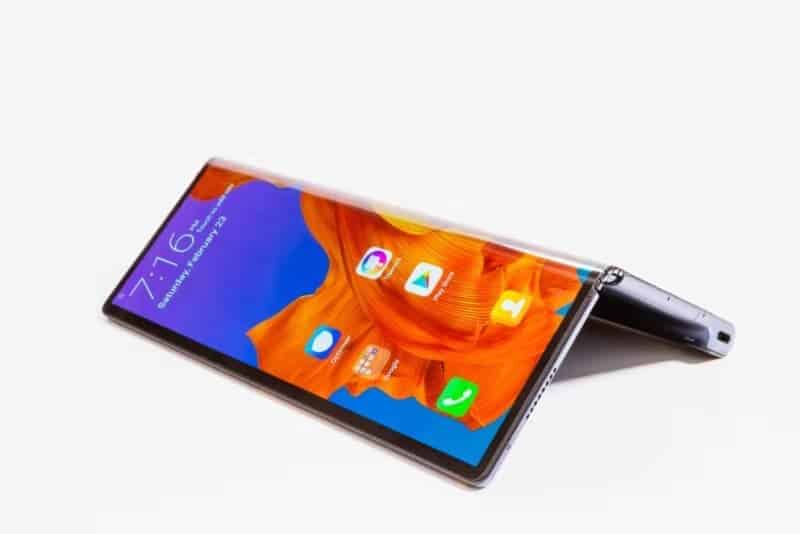 Huawei has now revealed Mate X sales number and they are pretty impressive. The company says that it sells 100,000 units of the foldable device every month.

After some delays, the Mate X was launched on November 15, 2019. However, the phone is only available in China. The device costs around $2,500 in the company’s home country.

Since being put on the entity list, Huawei has increased its focus in China. Improvement in logistics efficiency has also helped the manufacturer boost sales.

For instance, the shipment time for Mate X has been reduced. This means that consumers who buy the phone during the Friday flash sales get it by Tuesday. Previously the wait window was one week.

This is the first time that Mate X sales figures have been revealed. However, back when the phone went on sale the first time, it was apparent that it has been received well.

Apparently, the first time around, the Mate X sold out within seconds. That’s quite a feat, given the phone’s price tag. The response was equally good during the second flash sale and the entire batch was wiped out within 60 seconds reportedly.

The Mate X sports an 8-inch display and is underpinned by the Kirin 980 chipset. It also has the Balong 5000 modem under the hood, which makes it 5G-ready.

Later on, in March 2020, the company is also going to release an updated version of the Mate X. Called Mate Xs, the device will be powered by the more powerful Kirin 990 5G.

Mate X sales stats could have been far better

Shortly before the Mate X sales figures were revealed, Samsung also announced the Galaxy Fold shipments stats. According to the chaebol, 400,000 to 500,000 units of the foldable phones were sold in 2019.

The Galaxy Fold was relaunched in South Korea on September 6, 2019, after the initial delay. The phone made it to China on November 8.

All things considered, Mate X seems to be doing better than the Galaxy Fold. First off, at $1,980, Galaxy Fold is more affordable than the Mate X. Moreover, Samsung’s phone is sold internationally, whereas Mate X is only available in China. And lastly, the phone was released after the Galaxy Fold.

Perhaps if Huawei regains official access to Android, it will be able to outpace Samsung. The South Korean giant is actively vying to dominate the foldable phone market.

This year, the company reportedly aims to sell 6 million foldable phones. On the other hand, analysts expect foldable shipments to teach 5 million units only.

Samsung is expected to release two foldable mobile phones this year. The first one is apparently called Galaxy Bloom. It will likely be unveiled on February 11, alongside the Galaxy S20 range. The phone is expected to have a 108-megapixels primary sensor and 5x optical zoom. It will reportedly be targeted at young female consumers.

Later on, perhaps during the second half of 2020, the vendor will supposedly launch another bendable phone.

Similarly, Huawei is tipped to launch its second-generation foldable handset this year. This is presumably not the same device as the previously mentioned Mate Xs. We will likely see it during IFA.