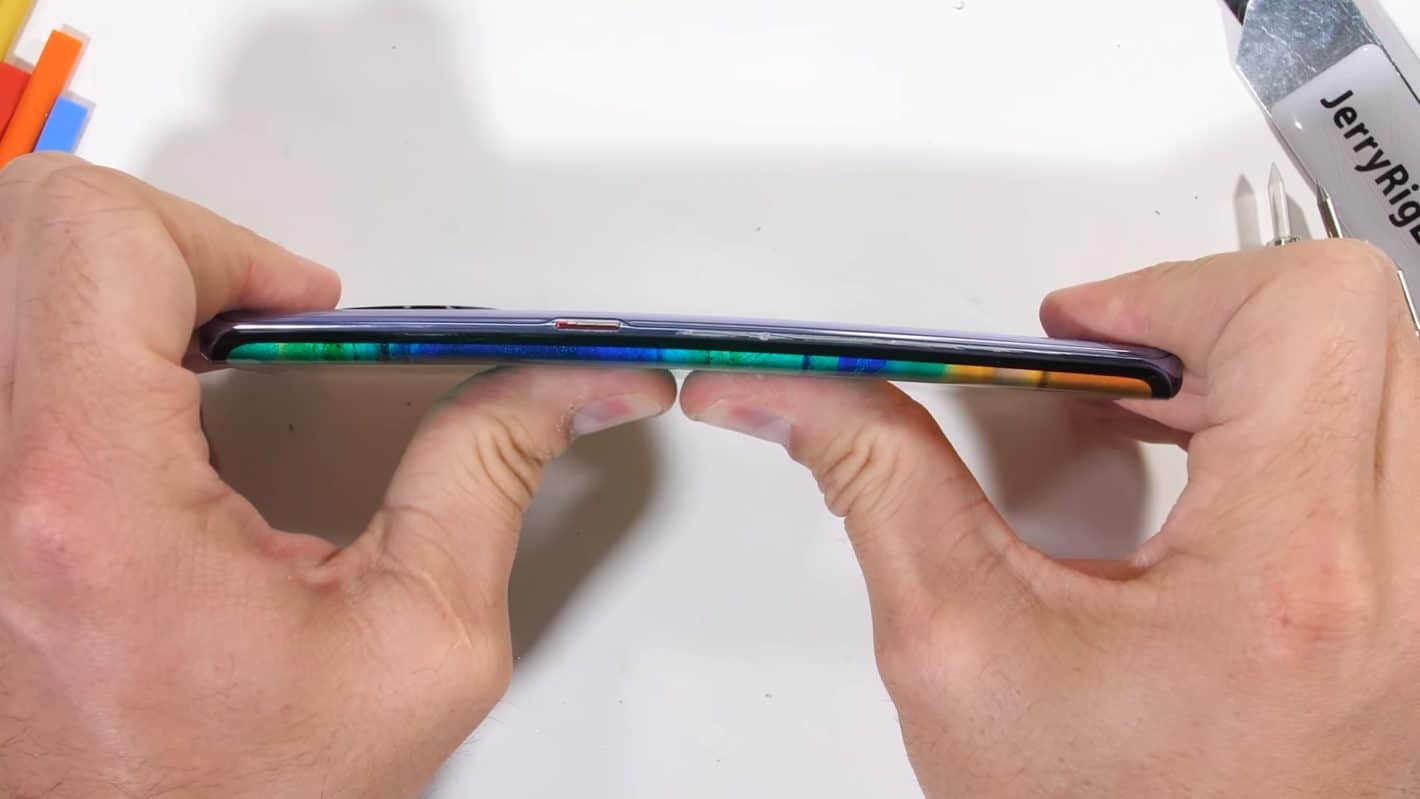 The Mate 30 Pro managed to pass every single test in this bundle without a problem. The phone’s display started scratching with a level 6 pick, while deeper scratches were visible at a level 7. That’s perfectly normal for a display that is covered by Gorilla Glass 6.

In other words, this display is not easy to scratch. That glass also covers the front-facing sensors, including the phone’s cameras. Your regular earpiece is actually not a part of this design, the Mate 30 Pro’s glass vibrates to produce sound for phone calls.

The phone is made mostly out of glass, while its frame is made out of metal. It’s a really solid piece of metal, though, as the phone managed to survive quite a bit of pressure. More on that later.

Both the top and bottom sides of this phone are made out of metal, and so is its power / lock button.

The volume buttons are not here, though, you’ll need to double tap the side of the display to get access to controlling the volume.

The back of the device is also well protected by Gorilla Glass 6. The same goes for the phone’s cameras. This device includes four cameras on the back, by the way.

The phone’s display managed to last for 25 seconds under direct flame exposure, before pixels started shutting down. Once the flame was removed, the display completely recovered.

The phone is not easy to break in half either

The source also tried to break this phone by applying pressure on both its back and front sides. You’d think that the phone’s glass will crack, at the very least, considering how much glass we get here.

Well, it did not. The phone barely curved a bit under pressure, but the glass did not move out of place or anything. That huge camera oreo on the back does not hurt the durability of this phone, which is good to know.

As most of you probably already know, the Mate 30 Pro is still banned in the US. Google is also still banned from doing business with Huawei, which is why this phone did not get a proper launch all over the world, as Huawei planned.

The Huawei Mate 30 Pro is a well-built phone, and this durability test proves that. You can check out the whole test in JerryRigEverything’s video, if you want, it’s embedded below.