HONOR has just announced a limited edition MagicWatch 2 smartwatch in London. The company collaborated with a number of up-and-coming designers in order to make this happen.

HONOR partnered up with Jacky Tsai, George Greaves, Wang DongLing, and Giovanni Ozzola. Do note that this is not the initial announcement of the MagicWatch 2, though.

The HONOR MagicWatch 2 was originally announced back in November, and HONOR also brought it to CES 2020. This smartwatch actually won one of our CES 2020 awards, in case you’re interested in checking that out.

Let’s get back to this limited edition HONOR MagicWatch 2 designs, shall we. Each of them looks different on the outside, and quite fashion-forward. That’s not all, though, as each of them also comes with its own set of themes.

Users of the HONOR MagicWatch 2 can personalize their watches with their watch faces, of course. HONOR said that a recent Global Watch Face Design content attracted more than 1,400 entries, and 85 watch face designs were selected. Those designs will become available via the company’s Huawei Health app starting next month.

The HONOR MagicWatch 2 comes in two variants, 46mm and 42mm one. The company claims that the 46mm model is designed “with an auto-racing watch panel, evoking a sporty, bold, and adventurous look”.

The 42mm variant, on the other hand, is “designed with fashion in mind, with a smooth and sleek aesthetic”. There are also three different straps to choose from, including rubber, leather, and metal.

This watch includes an OLED display, and has amazing battery life

The HONOR MagicWatch 2 comes with a 1.39-inch AMOLED display. The company claims that the watch can provide up to 14 days of battery life, and a range of fitness features.

Now, as far as these special designs are concerned. Jacky Tsai’s MagicWatch 2 has plenty of color on it. It provided HONOR with “Floral Horse” and “Shanghai Tang Cafe” designs. You can check those out in the gallery provided below this paragraph. George Greaves took a somewhat different approach with ‘The Palm Tree’ design. Mr. Greaves loves his bold graphic prints and has an eye for the unusual. This design combines geometric elements with a muted color palette. The design is provided below. 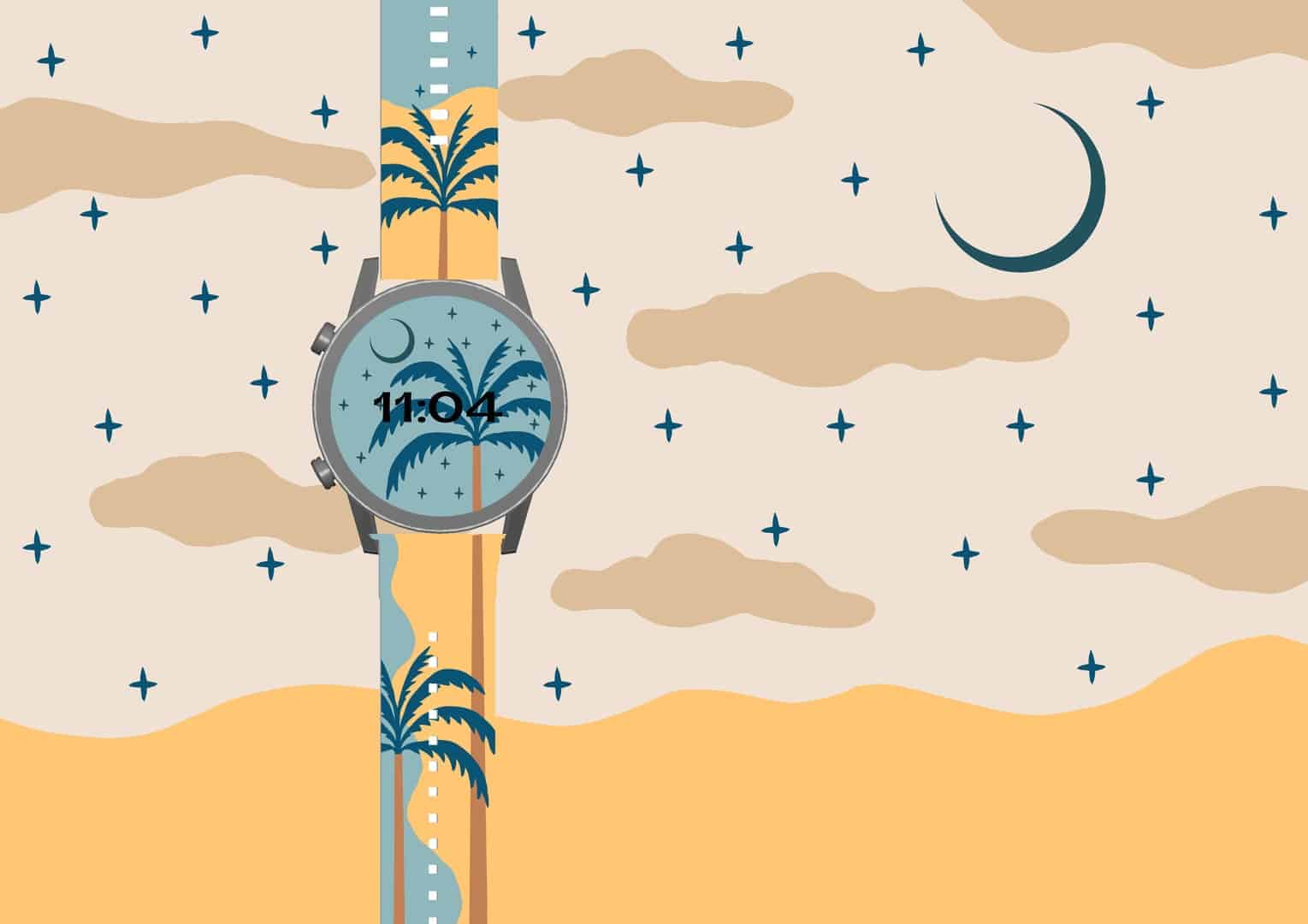 Wang DongLing wanted to reinterpret historical calligraphy with ‘Cheng Hao’, ‘Autumn Moon’, and ‘Entangled Script’ elements. These designs bring together poetry and painting, and look quite interesting (images below).

Giovanni Ozzola is a multidisciplinary artist who is working primarily in photography, as well as video and sculptural installation. He actually provided HONOR with three designs for the MagicWatch 2, and all three are represented in the gallery down below.