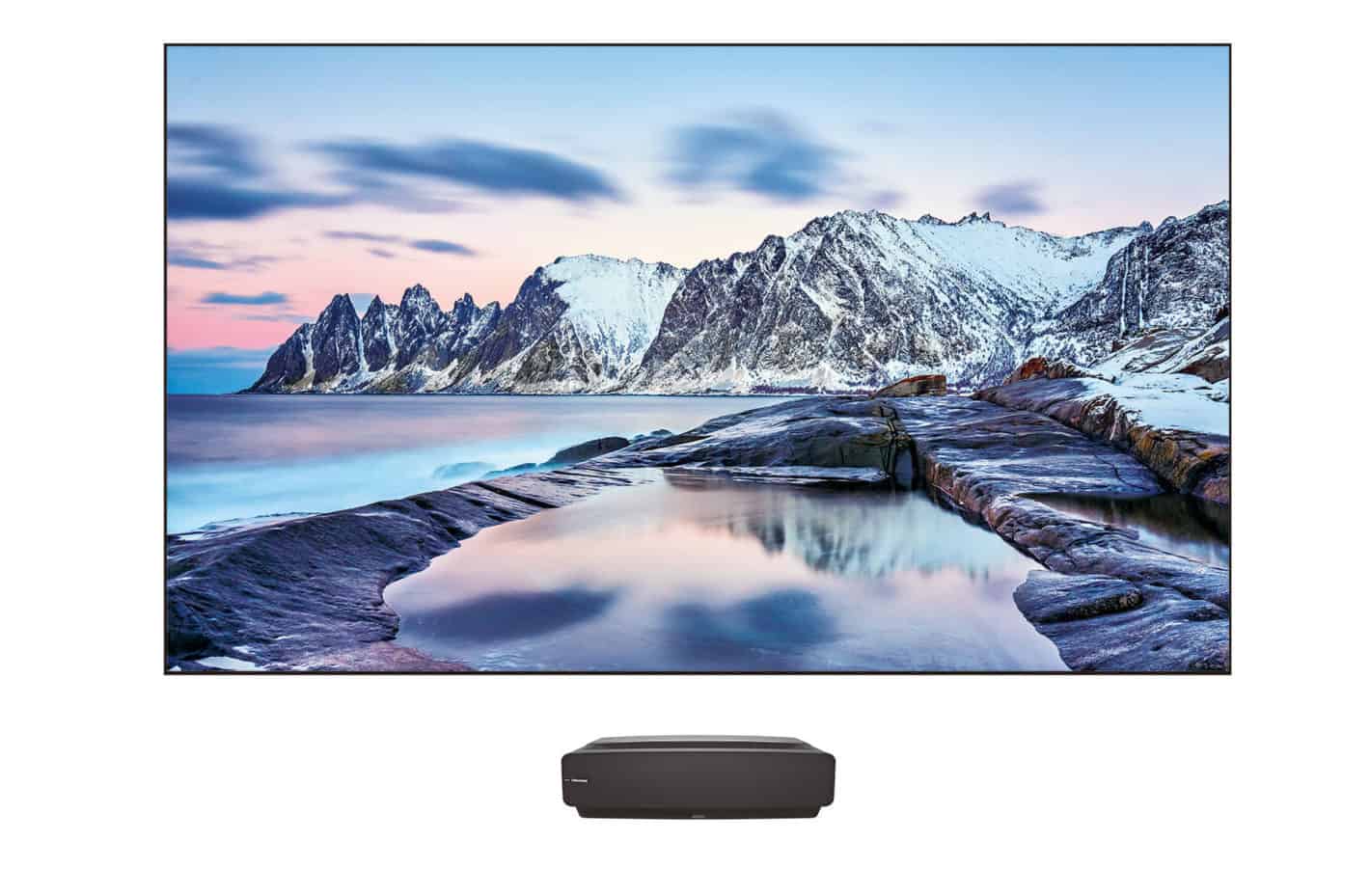 Hisense just took the stage at CES to announce eight series of TVs, but there’s one that really has our attention and it’s the new L5 Laser TV.

The Hisense L5 Laser TV is a short throw projector that runs on Android TV. This is not the first Android TV projector we’ve seen, but it is likely the coolest.

Hisense also has a 85-inch 4K Android TV that can be yours for $1500, when it goes on sale later this year.

This is an Ultra Short Throw Laser TV, that can give you up to a 100-inch screen. It runs Android TV as we’ve mentioned already, which means that you’re going to have access to over 5,000 apps and games thanks to the Google Play Store. It also sports embedded speakers with dbx-tv support, giving you a pretty incredible audio experience.

It’s the next-generation in Hisense’s Laser TV line. The L5 will offer a more affordable and energy efficient solution than large LCD screens. Not to mention, it is also going to take up a lot less space. It also provides better 4K color range, compared to Hisense’s previous Laser TV models.

The Hisense L5 Laser TV will be available in April, with a starting price of $5,000.

Hisense has a few other Android TV models being announced today. This includes the H8G and H9G which are part of their Quantum Series of TVs. The H8G is a bit cheaper and has a few less features. Both feature Dolby Vision and Dolby Atmos. As well as Google Assistant and Android TV.

Now the H9G does sport additional local dimming zones paired with the Quantum Dot, which is going to result in a true-to-life watching experience. There are microphones built into the bezel of the TV that are used for Google Assistant. So you can talk to the Google Assistant even with the TV being turned off.

Finally, Hisense has a more affordable Android TV series of TVs and that the H65G. It ditches Dolby Atmos, but keeps Dolby Vision. It also sports DTS Virtual: X, Motion Rate Technology and Bluetooth. Hisense has included Amazon Alexa too, so you’re getting it and Google Assistant on-board.

Of course, there is Android TV here, so the Google Play Store is available, with plenty of apps too. Like Netflix, Hulu, YouTube, Amazon Prime Video and much more.