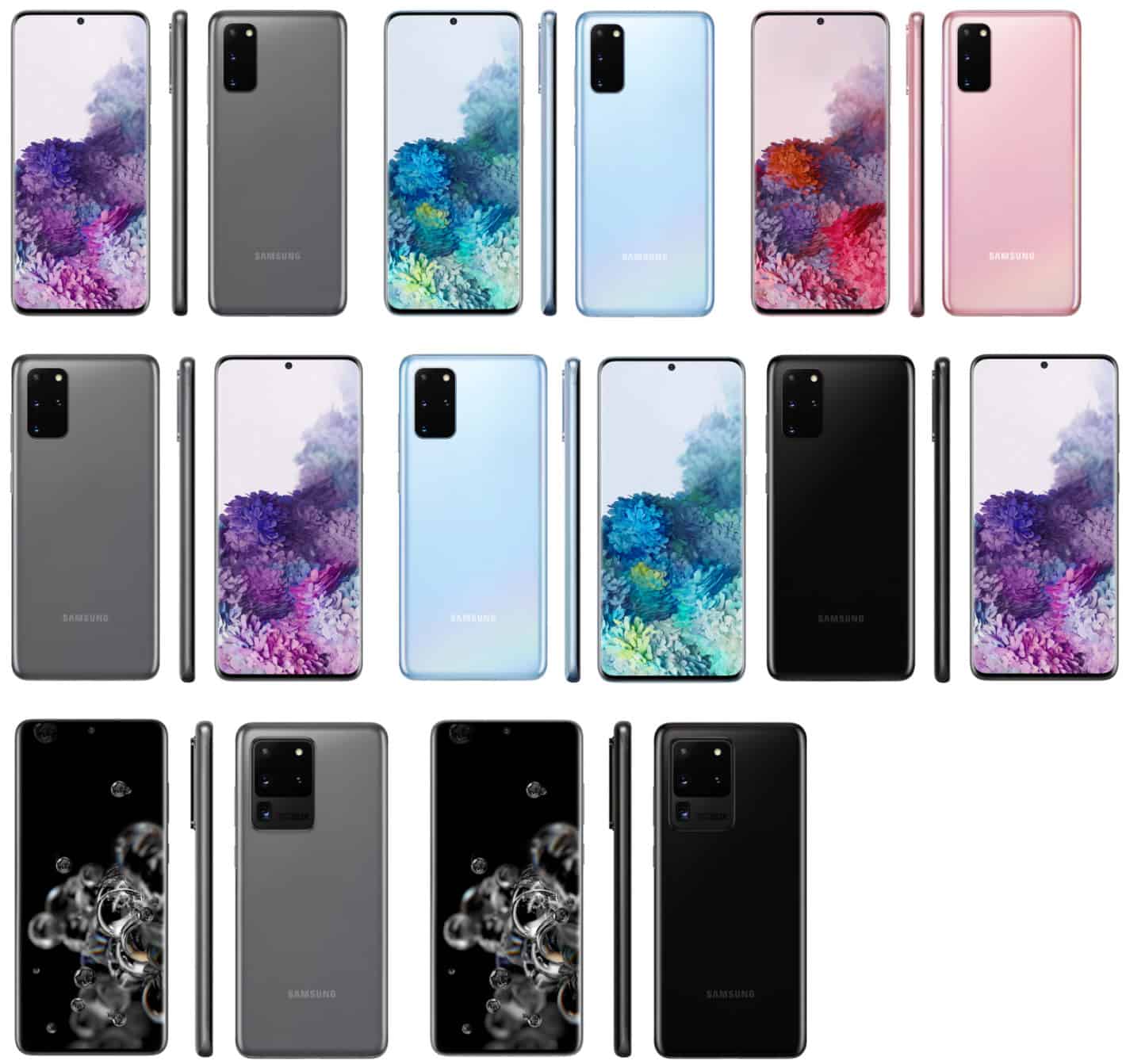 A new leak has just surfaced which shows the Samsung Galaxy S20 series of phones in all the colors that will be available.

These colors should be available in most regions. Though, Samsung has been known to offer exclusive colors on past devices to certain regions. The same could very well be true with the Galaxy S20 series of phones.

The Galaxy S20 colors will include one exclusive

The Galaxy S20 model will include an exclusive color that doesn't appear to be available on either of the other two models. Pink.

This would suggest that it will be the only model that comes in a Pink variant. According to the image, the Galaxy S20 will also come in a Silver and Blue model. The Galaxy S20+ will come in Silver, Black, and Blue.

Meanwhile the Galaxy S20 Ultra looks to only come in Silver and Black.

More colors may release later in the phone's life cycle

There's always the possibility that whatever the launch colors for the phone will be, more could pop up later.

It wouldn't be the first time that Samsung released new colors for a phone later in its life cycle. Perhaps once sales begin to slow down and something like a new color could help to prop them back up a little bit.

Samsung is preparing to officially announce the Galaxy S20 family of phones at its next Unpacked event. Which happens on February 11. That's only a couple of weeks away at this point.

And already most everything about the phone has been leaked. Especially now that what appears to be the official colors are out in the open. Even the base prices appear to have been leaked.

The leaked image of the colors also helps to corroborate past leaks which have focused solely on design. With things like a single punch hole camera on the front at the very top of the display for all models, and a 4th camera on the back of the Galaxy S20 Ultra that has a 100x Zoom.