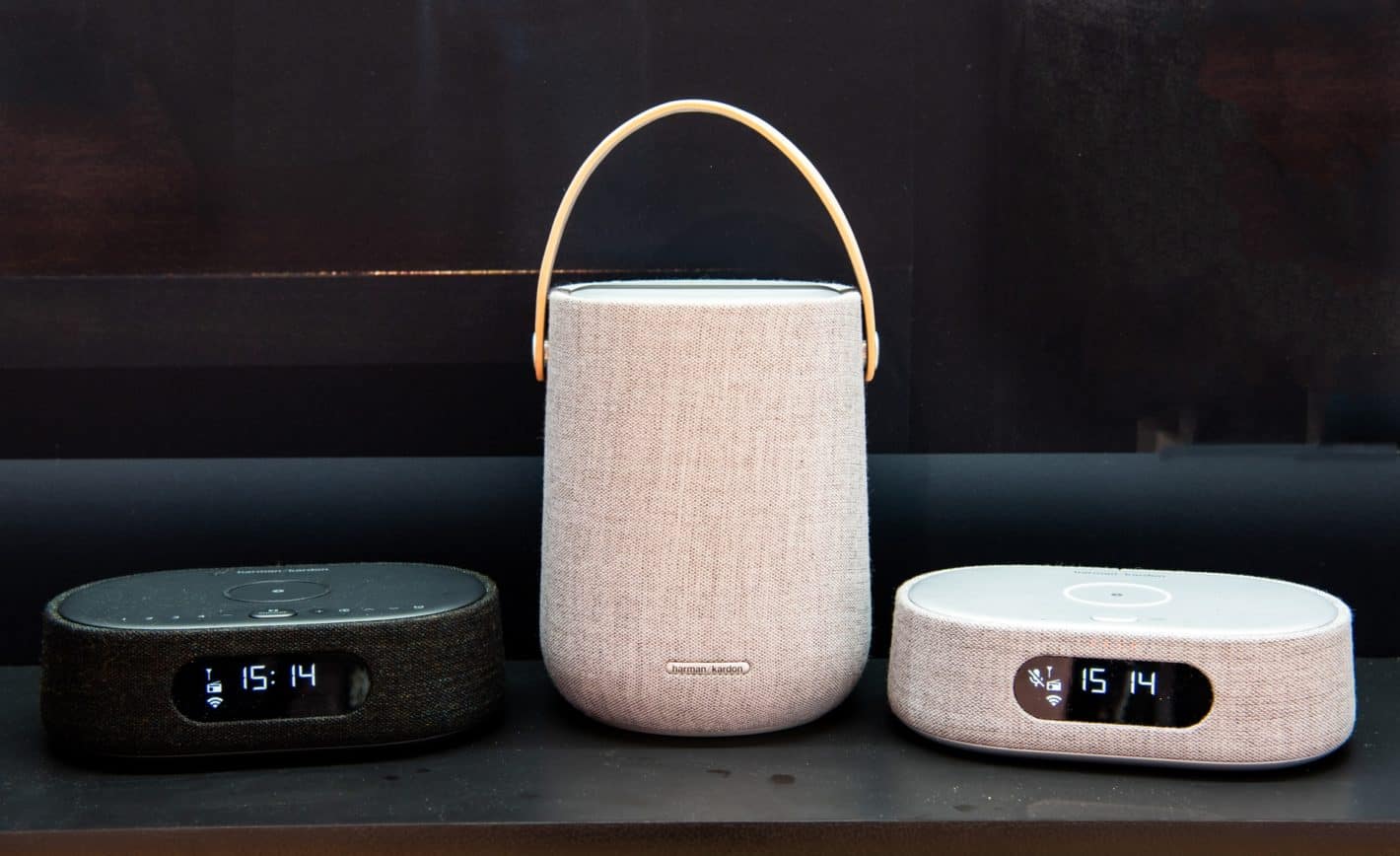 Harman Kardon has announced a few new additions to its Citation Multi-room speaker lineup at CES 2020 in Las Vegas.

The company is announcing a soundbar, a subwoofer, a portable and smart alarm clock with a wireless charger.

Harman Kardon is announcing the Citation 200, which is a portable speaker and has a charging base. This is going to be a really great speaker to use in the shower, since it is splash-proof with a IPX4 rating. That does not make it waterproof though.

The rechargeable battery on the Citation 200 is rated for around eight hours. It of course, works with the multi-room setup that Harman Kardon has with the rest of the Citation speakers.

The Citation Oasis is a multipurpose compact speaker that has a built-in alarm clock, along with wireless phone charging and music streaming. Making it a really great speaker to put on a bedside table.

Harman Kardon is also announcing the Citation Multibeam 700, which is a compact soundbar and actually has a color LCD display.

It sports seven speaker drivers, which will give you a pretty immersive experience.

Harman Kardon is allowing you to pair the Citation Multibeam 700 with the new Citation Sub S. Which is a compact, wireless subwoofer. This is going to deliver "best-in-class" bass. And it has WiSA technology built-in. When you pair these two together, you're going to get a pretty incredible experience.

All four of these new speakers do also include support for "Hey Google". It works with Google Assistant, but does not have Google Assistant built-in. So you'll need to talk to a Google Home or even your smartphone, to control the volume on these speakers and such. Not quite smart speakers, and that might be a good thing for most people.

As is the case for most products announced at CES, Harman Kardon has not announced a release date for these products. Surprisingly, though, there are some prices.