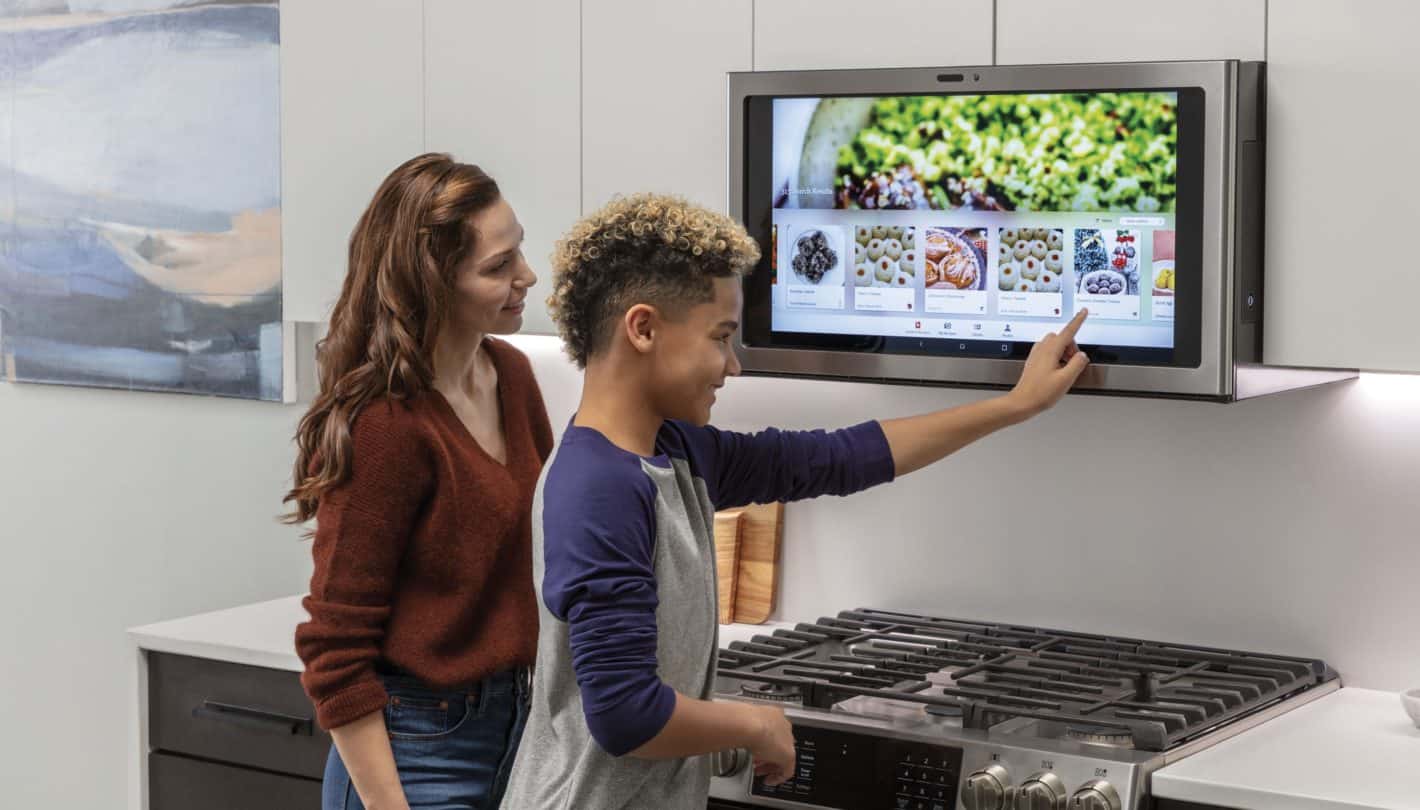 GE has taken advantage of this year’s CES 2020 event to unwrap a second-generation Kitchen Hub and this year it’s including a microwave. That’s reportedly a 1.9 cubic foot microwave, to be exact, and it includes quite a few other features too.

To begin with, the second-generation of GE’s Kitchen Hub packs a camera inside of the microwave itself. That’s tied in with AI-driven technology for detecting what’s being cooked and adjusting temperatures and more to accommodate.

Homeowners can keep a human eye on what’s cooking too via the GE app. They’ll also gain access to information regarding ingredients that might be missing from the dish or recipes for others. That’s all based on the ingredients used. That feature won’t stay exclusive to the cameras on the GE Kitchen Hub though. Instead, the company will apply it via software to all camera-equipped GE appliances in the 2020 time frame.

Best of all, the latest version of Kitchen Hub will come with full Z-Wave compatibility. That means it can serve as a central hub for controlling any number of other smart home gadgets that are too.

To meet its goal of improving the original Kitchen Hub, GE isn’t taking any shortcuts either. The company is, in fact, retaining all of those features too.

The original Kitchen Hub was effectively an over-range hood, made for two purposes. Namely, it served to clear the air above the stove and as a tablet-equipped central hub for kitchen activities.

The 27-inch display-enhanced hood already featured two cameras, one to monitor food on the stove and another for chatting. Those remain here, as does its functionality as an Android tablet, complete with the Google Play Store for apps. It still links directly to other GE appliances for easier, more intuitive integration and control. And it still packs in the SideChef app for helpfully-guided recipes.

In addition to those features, Google’s Assistant AI is, of course, included. That means that as the search giant continues to improve the smart home capabilities of its virtual assistant, GE’s appliance will continue getting better.

While the details about the new microwave-enhanced GE-built Kitchen Hub are relatively heavy for an initial announcement, it won’t necessarily be arriving anytime soon. The company has quite a few other smart home products on its plate and says the over-stove device won’t be ready until later in the year. But there’s no solid timeframe there either.

GE has simply stated that it will arrive in “late 2020.” Presumably, the AI-enhanced food recognition and assistance technology will arrive around the same time as the new microwave and hood-range two-in-one.

The company also doesn’t indicate a price for the gadget. The original GE Kitchen Hub was priced at roughly $1,200 after initially being announced with a cost expectation between $1,199 and $1,399. So GE is likely looking to avoid setting expectations in advance, at least until a price can more confidently be provided. Given that the newly announced kitchen appliance also delivers a functioning smart-microwave, it’s unlikely the price will be set lower.