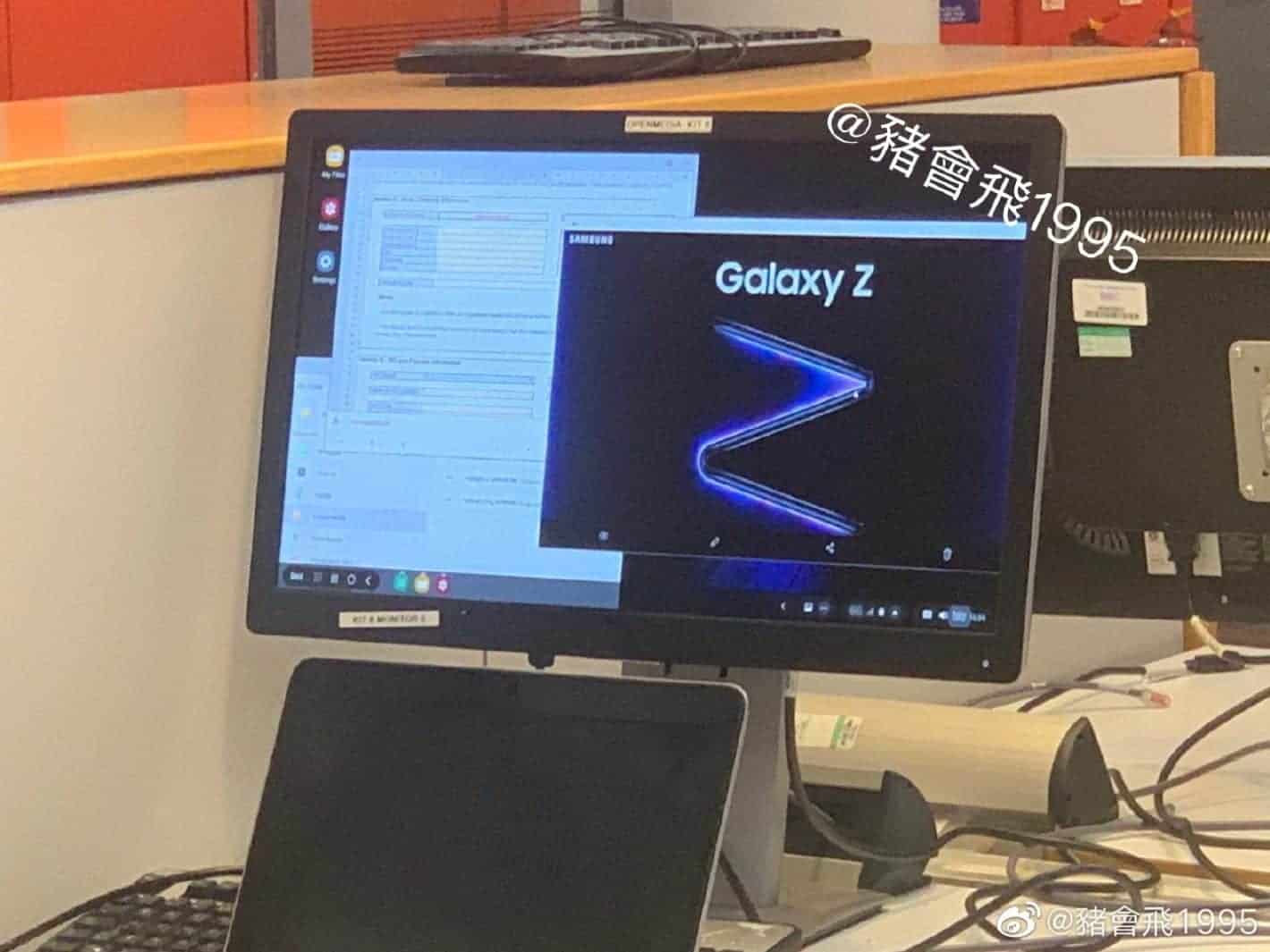 The Galaxy Z series is soon to take flight next month, the Galaxy Z Flip is suggested to arrive. A new, cryptic photo just surfaced, though, suggesting that the Galaxy Z phone with tri-fold design is in the works. 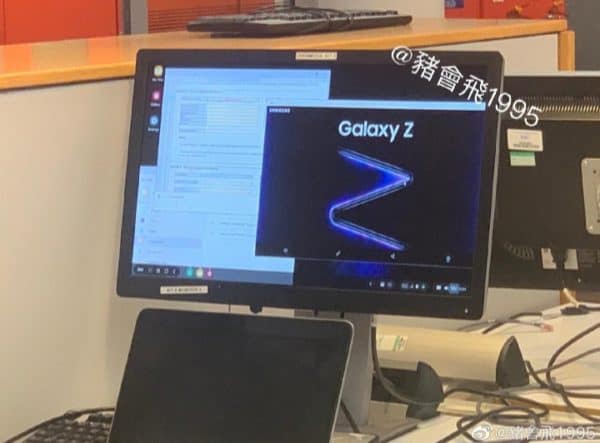 A photo has surfaced of a computer window with the words "Galaxy Z" above a zigzag design. Samsung's usual branding is at the top left of the window, which seems valid. The "Z" design in the computer window is razor-thin. There is no mention of the words "Z Fold" there. The zigzag design matches that of a fold design patent Samsung published on August 7, 2019 with the Korean Intellectual Property Office (KIPO).

The phone, Samsung logo, and series name confirm that this is a legitimate Samsung leak and not a forgery. After all, a tip from leakster Ice Universe says that Samsung's upcoming smartphone will be called the Galaxy Z Flip, not the Galaxy Fold. But with this new photo surfacing, it appears as though the upcoming series will incorporate more than just a bi-fold design. Even tri-fold designs (zigzag) could find a home in the new nomenclature.

Keep in mind that Samsung can change labels, series names, and so on at any time. Despite the leaks, things could still change between now and the product unveils.

The key to making any product unforgettable is to sell its name. Samsung has had some success in the marketing department with smartwatch names such as the Gear S2 and Gear S3 Frontier.  After all, the South Korean Android OEM introduced a more modern smartwatch, the Galaxy Gear, back in 2013, with the "Gear" moniker in its name. Samsung renamed the series to "Galaxy Watch" to help customers identify its smartwatch with its smartphone lines. The Galaxy S edge" series was a popular one as well.

The same marketing success lies ahead for Samsung with the rumored product name change. The name "Galaxy Z" makes sense due to the new folding design. The new design is a zigzag in the shape of a "Z." To name the series "Galaxy Z" after the "z" in the design is a great way to create a memorable name. And a memorable name could lead to a memorable product.

You can see the Z-fold concept by LetsGoDigital below. LetsGoDigital also coined the phrase "Z Fold design," and "Galaxy Z Fold" also seems like a good name for the Galaxy Fold Line.

Samsung's Galaxy Z series is pushing forward with foldables. The Korean Android OEM is leaving behind the "Galaxy Fold" moniker because of its previous smartphone problems. The Galaxy Fold was the first of its kind but was riddled with problems. First, reviewers took the polyamide film off the device thinking it was an optional screen protector.

Dust and dirt got into the hinge of the Fold. Fold screens were flickering on and off, only to stop abruptly. Former Samsung CEO D.J. Koh admitted in an interview at the time that Samsung rushed the Fold to market to hold off Huawei's rising success in the global market.

The Galaxy Z series could offer a new name to match a new foldable design. Of course, the Galaxy Z Flip doesn't share the same zigzag design as upcoming Z-series smartphones, but perhaps it will in the future.

The Galaxy Z Fold is coming on February 11, but probably not this tri-fold handset

Only time will tell, specifically, on February 11th, when Samsung unveils the Galaxy Z Flip alongside the Galaxy S20, S20+, and S20 Ultra. Do note that this tri-fold Galaxy Z smartphone almost certainly will not arrive on February 11, though. If it's real, it will probably launch later in the year. On the flip side, the leaked photo may be related to the 'Galaxy Z Flip' despite the fact it doesn't contain the 'Flip' branding. We can guess all we want, only time will tell what's legit, and what isn't. 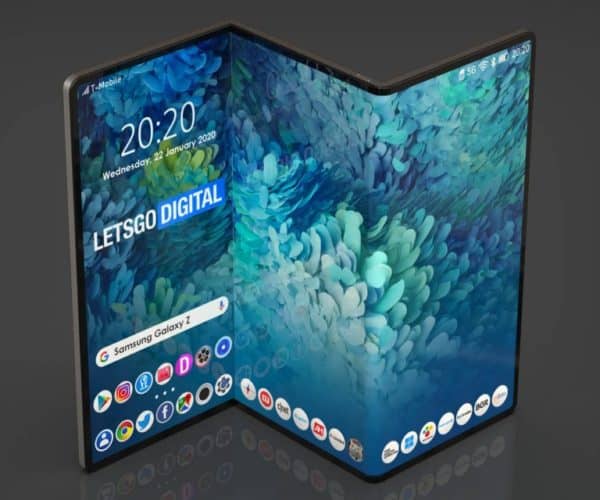