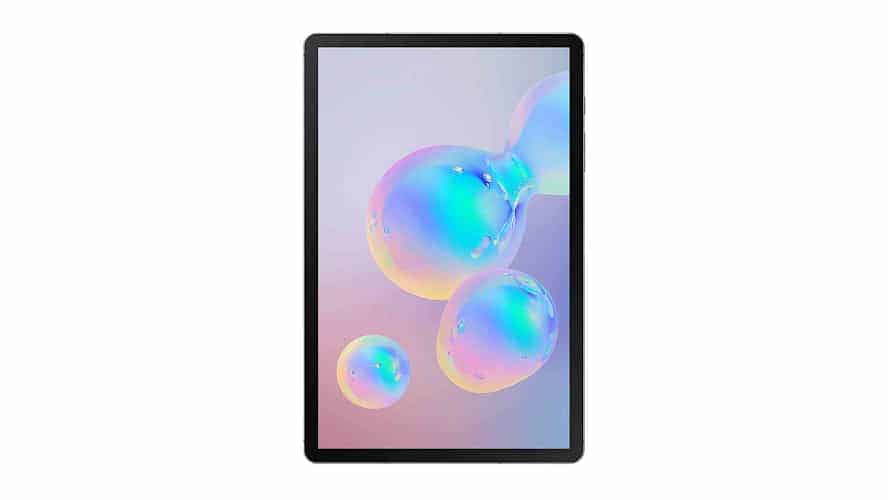 Samsung had introduced the Galaxy Tab S6 tablet in July last year, and it seems like its 5G variant is on its way. The Galaxy Tab S6 5G has just surfaced in a render, while its partial specs appeared as well.

The device surfaced on the Android Enterprise listing, which makes this official info, pretty much. If you take a look at the provided image, you'll get to see the front side of the device.

This is the only image that got shared, by the way. Based on this image alone, the Galaxy Tab S6 5G will look the same as its siblings. That was to be expected, though.

The Galaxy Tab S6 5G will have powerful specs

The device carries the 'SM-T866N' model number. It will feature a 10.5-inch display, but its resolution is still not confirmed. Chances are it will include the same display as the Galaxy Tab S6. That means we're looking at a 10.5-inch 2560 x 1600 Super AMOLED panel.

This listing also suggests that Android 9 Pie will come pre-installed on the device. Now, that would be disappointing. It is possible that Samsung may yet pre-installed Android 10 before this device launches, though. If not, it is expected to receive Android 10 soon after.

That is pretty much all the information that got shared via the Android Enterprise listing. Based on this information, we presume that the device will look exactly like the Galaxy Tab S6. It will probably also share its specs as well, the vast majority of them, at the very least.

It will include two rear cameras, and stereo speakers

The device will include two cameras on the back, while a stylus will be a part of the package as well. Stereo speakers will be included, and the same goes for a large battery. This device is expected to include a battery larger than 7,000mAh.

Fast charging will be a part of the package, while it remains to be seen if it will offer wireless charging. The Galaxy Tab S6 did not, by the way.

This device will be made out of metal and glass, and it will include a SIM card slot, of course, considering it will be a 5G-enabled device.

We're still not sure when will this tablet arrive. The Galaxy Tab S6 launched way back in July. Samsung may opt to wait until July to announce this device, unless it plans to reveal the Galaxy Tab S7 this year.