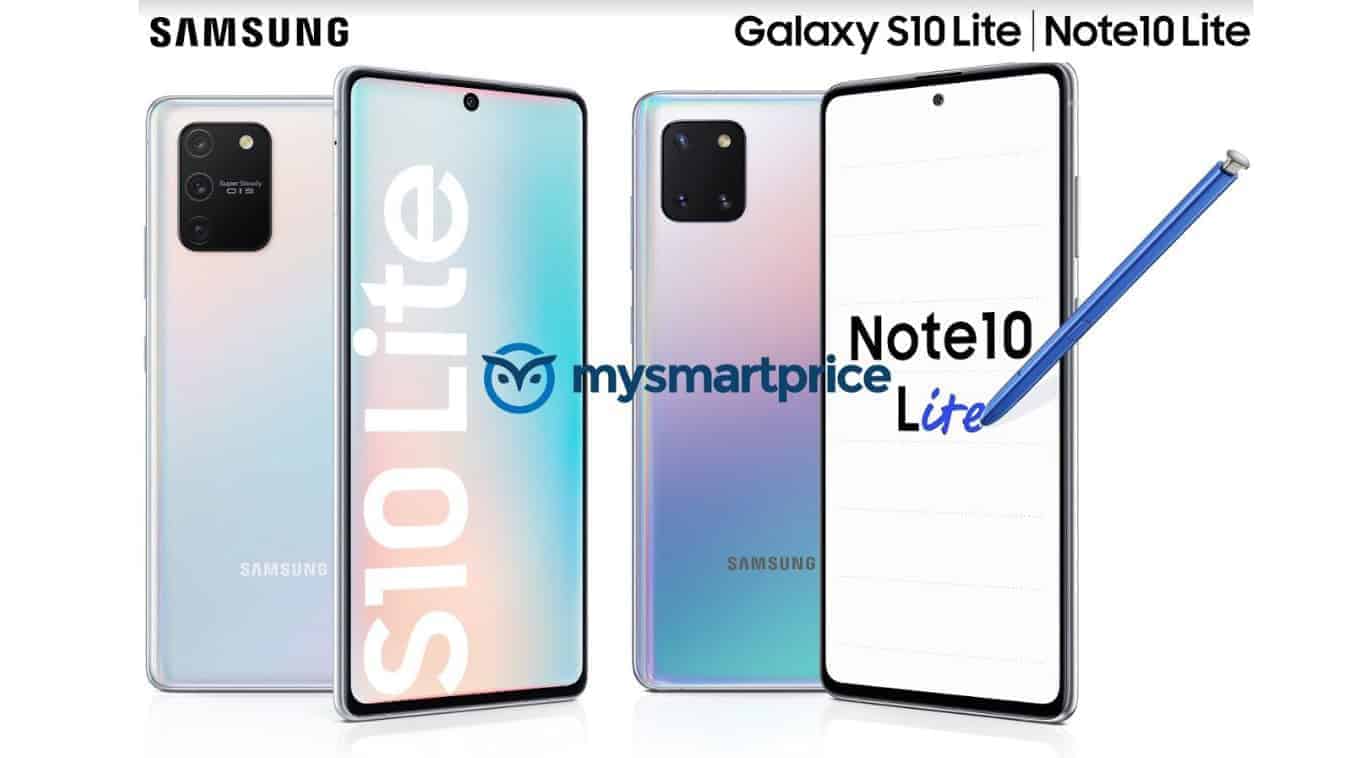 Both of these phones will feature a single display camera hole, and that hole will be centered. The Galaxy Note 10 series featured a similar setup.

You can see the ‘Super Steady OIS’ branding next to the Galaxy S10 Lite’s rear camera setup. That’s because the phone will include ‘tOIS’, which stands for ‘tilt OIS’. You can read more about that here, but it’s essentially a next-level OIS.

Both devices will include flat displays, as you can see here, and both will feature really thin bezels. The two phones will include curved backplates, and rounded display corners.

You will also notice that the volume up, down, and power / lock buttons are all placed on the right-hand side of these two phones.

The Galaxy Note 10 Lite will ship with an S Pen, and that stylus is pictured in the provided images. Based on what we’ve seen thus far, we’re looking at an S Pen with Bluetooth 5.1 support.

Both devices may become official during CES 2020

The source also confirms that the two phones are really close to being announced. Both are rumored to arrive during CES 2020 in Las Vegas, and that may as well happen. CES 2020 begins in a couple of days, by the way.

These two phones will both be classified as mid-range offerings, but will be extremely powerful. The Galaxy S10 Lite is rumored to arrive with the Snapdragon 855, while the Note 10 Lite may include that very same SoC. Some rumors are suggesting that it will ship with an older Exynos SoC, but we’ll see.

Both phones are expected to ship with Android 10 out of the box. Samsung’s One UI 2.0 Android skin will be included on top of both phones.

These two devices will not be extremely affordable. The Galaxy Note 10 Lite is rumored to cost between €619.99 and €629.99, while we still do not know the Galaxy S10 Lite’s price tag.