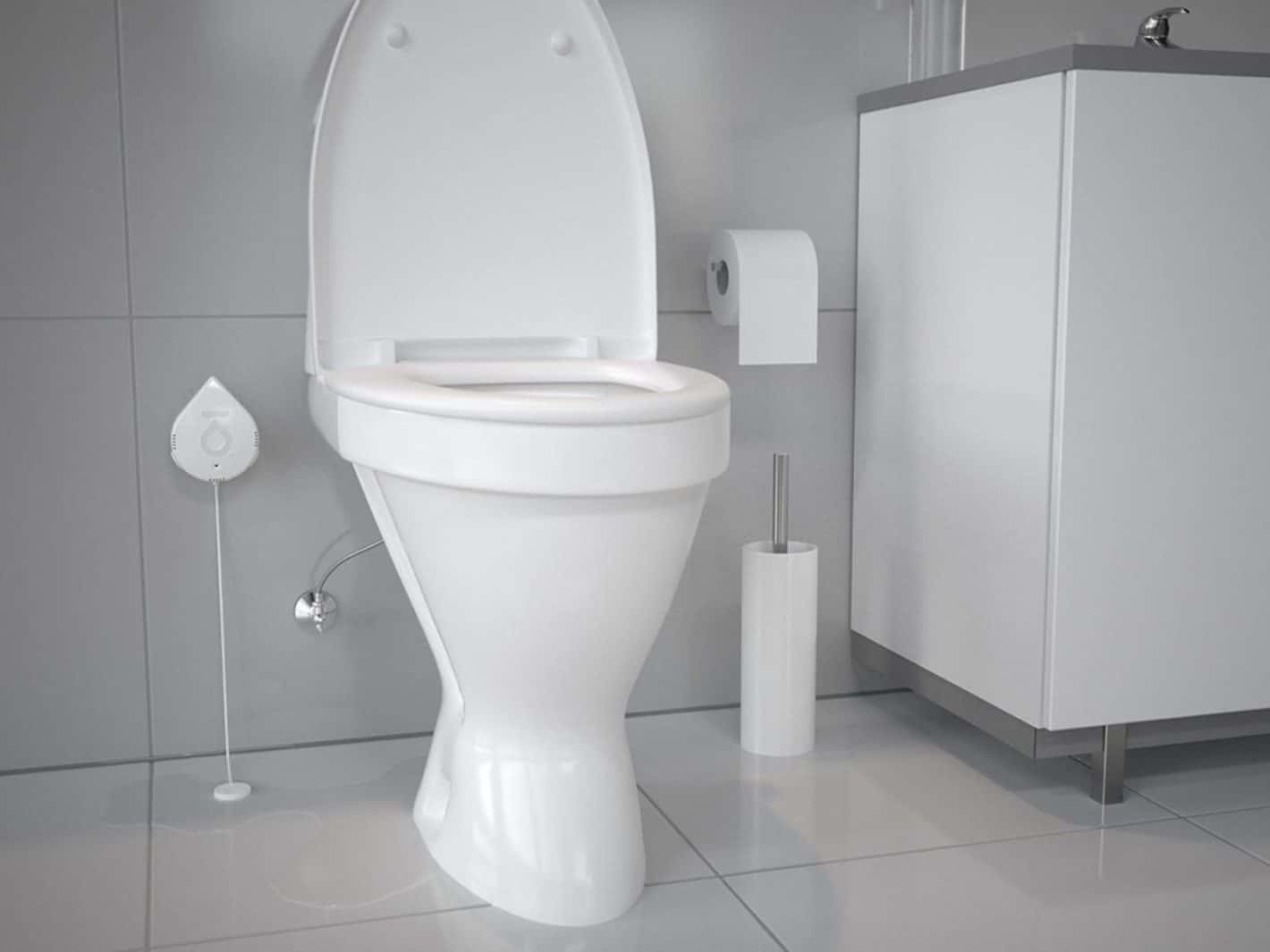 A new addition to the Flo by Moen ecosystem called Smart Water Detector is aiming to detect and prevent leaks well beyond standard pipe monitors. Introduced at this year’s annual CES event in Las Vegas, Smart Water Detector is, primarily, exactly what its branding implies. The gadget is attached to the wall, with a segment hanging down to detect water on the ground.

As outlined above, the system is fairly straightforward. It consists of a wall-mount and a device that acts as an interlink with Flo by Moen and its app. The second portion consists of a line that extends to the ground, whether that’s in a bathroom, near a water heater, or somewhere else. At the end of that is a water detection monitor Moen calls a remote sensing disk.

Because Smart Water Detector is a part of the existing Flo by Moen system though, it goes well beyond just detecting leaks. If adverse conditions are noticed, it sends a notification. When interlinked with the Flo by Moen ecosystem, it shuts down the flow to prevent costly damages

Because of its plug-and-play nature, Flo by Moen Smart Water Detector is already useful for protecting against more than just leaks on the floor. Home or business owners can place the gadget on just about any surface that needs some extra protection from water. Whether that’s a countertop, floor, or some other area, the device should serve that purpose. But that’s not all this gadget does either.

Rather than just detecting water directly, the company engineered its Smart Water Detector to go above and beyond with versatility. In addition to floor or surface water, it detects in-air water and moisture, humidity levels, and freezing temperatures. So the device could be useful in just about any scenario where water could be a problem, such as near electronics that are sensitive to in-air moisture and humidity.

While the system can shut off the flow of water in some scenarios, the in-app alerts can also offer up suggestions via the app for other problems that arise. Better still, the new device arrives alongside an app update that makes multi-property management of devices possible. So Flo by Moen gadgets can now be more easily identified and interacted with depending on where they are.

That’s in addition to the app’s new machine learning algorithm that better aids users in finding leaks and the app’s new sensitivity slider that provides more personalized alerts and usage.

Pricing for the new Flo by Moen Smart Water Detector should make it a fairly easy decision too. The company is selling the gadgets just $49.99 for pre-order with shipping at the end of the month. It sells at a discounted $129.99 for a three-pack.

The company says the new gadget can be used on its own or integrated with other Flo by Moen products.