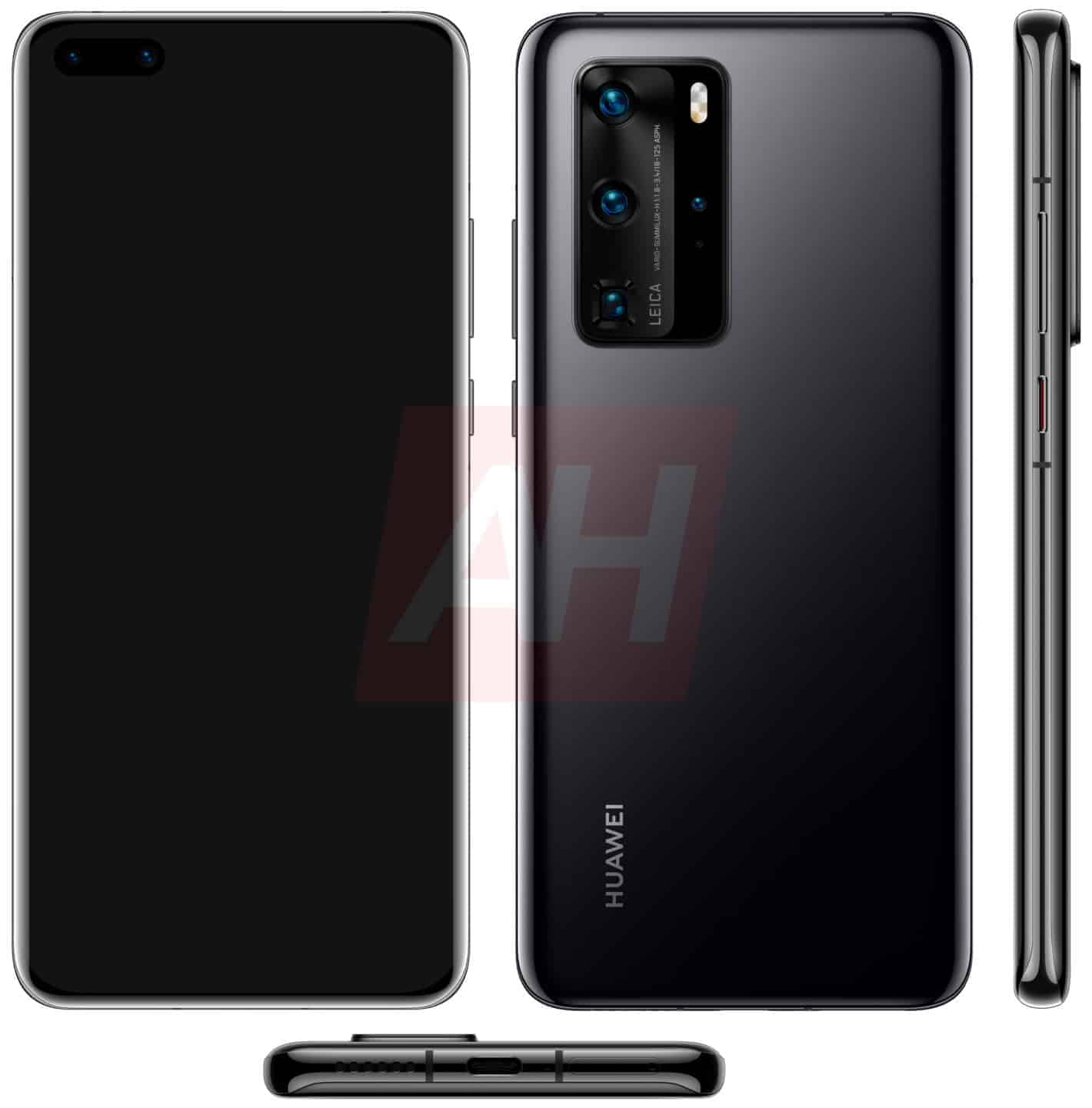 Here’s a look at the Huawei P40 Pro, from all angles.

The company is slated to release it on March 26 at an event in Paris, though that has yet to be confirmed with Huawei itself. Which would mean that it would miss Mobile World Congress next month, as we expected it too.

Sporting a similar look as the P40

Earlier this week, there was a Huawei P40 leak, and it looks very similar to the P40 Pro. The only real difference, is the additional camera on the rear – so there’s four plus a Time of Flight sensor – and the display is curved on all sides.

It doesn’t appear to be a dramatic curve though, on all four sides. So it may not even be noticeable for most people.

As you can see in the image above, the camera bump is still pretty pronounced. Which is kind of expected with the number of cameras that Huawei has included on this smartphone.

The camera setup definitely has a Periscope lens once again, which you can see is at the bottom of that camera module. It should also sport a high-resolution main sensor (exact megapixel count hasn’t been confirmed), as well as an ultrawide. The fourth sensor appears to be a 3D ToF (or Time of Flight) sensor. That is going to be used to gather more depth for portrait and macro shots.

Huawei has taken the same approach to the front, as the Galaxy S10+ from last year. It has a pill-shaped cut out for the dual front-facing sensors. It appears that it will house a main camera, along with an ultrawide camera for those group selfies.

Huawei has also kept the volume and power buttons on the right side. While the power button is not a different color, it does have a red accent to it. Making it rather unique. The bottom of the phone has the USB-C port, speaker grill and the SIM card slot – which will likely also support nano SD cards.

Huawei P40 Pro will be a powerhouse

It should come as no surprise that the Huawei P40 Pro is going to come with the best specs available. The display is likely going to come in between 6.5 and 6.7-inches.

With Huawei’s latest silicon on-board, the Kirin 990. There’s also the expectation that it’ll have up to 12GB of RAM and 512GB of storage. There will be variants with less RAM and storage that will cost less too, but that is said to be the highest-end configuration.

It will come in five colors, and as reported earlier today, those colors are: Black, Blush Gold, Silver Frost, Deep Sea Blue, and Ice White with a gradient finish.

Finally, it should come out of the box with Android 10. Though the recent trouble Huawei has had in the US with the ongoing trade war, might make that tougher – since it doesn’t get access to the code for new versions of Android until it hits AOSP now. Expect it to be a Google-free smartphone too, since Huawei still cannot work with US companies.