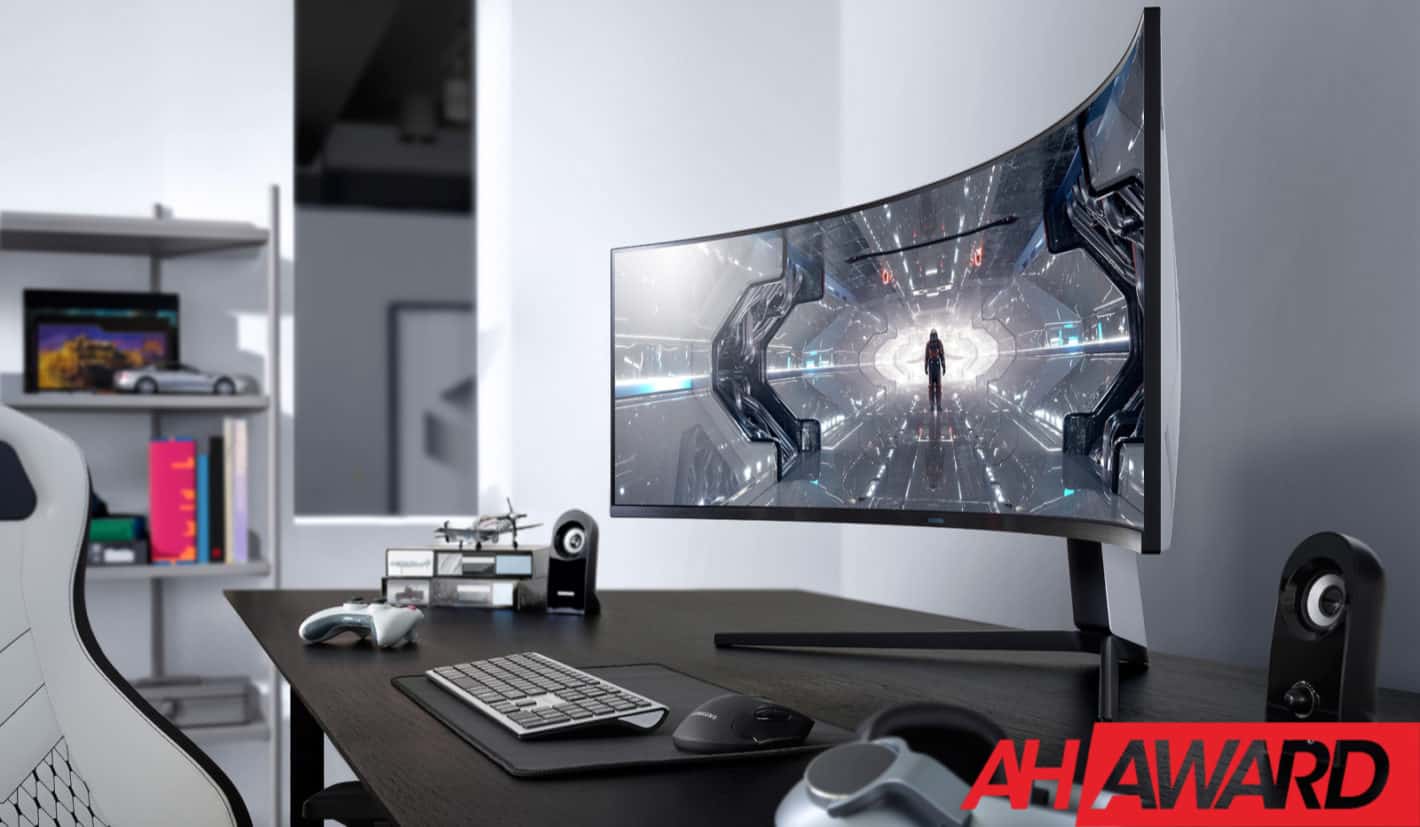 Samsung makes great displays, and it shows, and the Odyssey G9 is its latest example of a beautiful display, and precisely why it won our best of CES 2020 award.

The Odyssey G9 has many things going for it, not the least of which is that 1000R curve that seems to envelope your visual senses. I's also ultrawide, 49-inches in size, and has extremely high resolution.

Meaning you're getting top-notch specs across the board for your gaming experience. You could have multiple monitors to cover a wider are instead, if you wanted to. But, what's the point when you can have one monitor that covers everything?

The Samsung Odyssey G9 has a lot of things going for it that make it worthy of the best of CES 2020 award.

For starters though, it has the ability to claim a few firsts. It's the first Dual Quad High-Definition gaming monitor with a 240Hz refresh rate. As well as the first DQHD monitor to feature a 1ms response time.

It also comes with 32:9 aspect ratio, a peak brightness of 1,000 cd/m2, and it has that sleek 1000R curvature. Not to mention the glowing rear core that supports 52 different colors. It's a monitor that's simply stunning and enjoyable to look at because of its beauty when it comes to design.

It's more than just the design though.

The 1000R curvature matches the contours of the human eye

According to Samsung, the 1000R curvature is more than just beautiful to look at. The company says it was designed to match the contours of the human eye.

Which, in theory should make it perfect for gaming. You'll typically stare at the monitor or long periods of time when playing games. And having that much of a curve could help make it easier to see everything that's going on in a more natural feeling way.

Whether or not it works in practice as much as Samsung says remains to be seen. However, the curve does appear to help envelope the entirety of your visuals. And that's definitely an important factor with games when it comes to immersion.

It's also compatible with G-Sync, which means less tearing in games and more continual enjoyment without breaking the realism or disrupting the action. Which is much more important if you play competitive games like Overwatch.

When it comes to displays, Samsung knows what it's doing, and that along with all the reasons listed is why we chose the Odyssey G9 for the best of CES 2020 award.