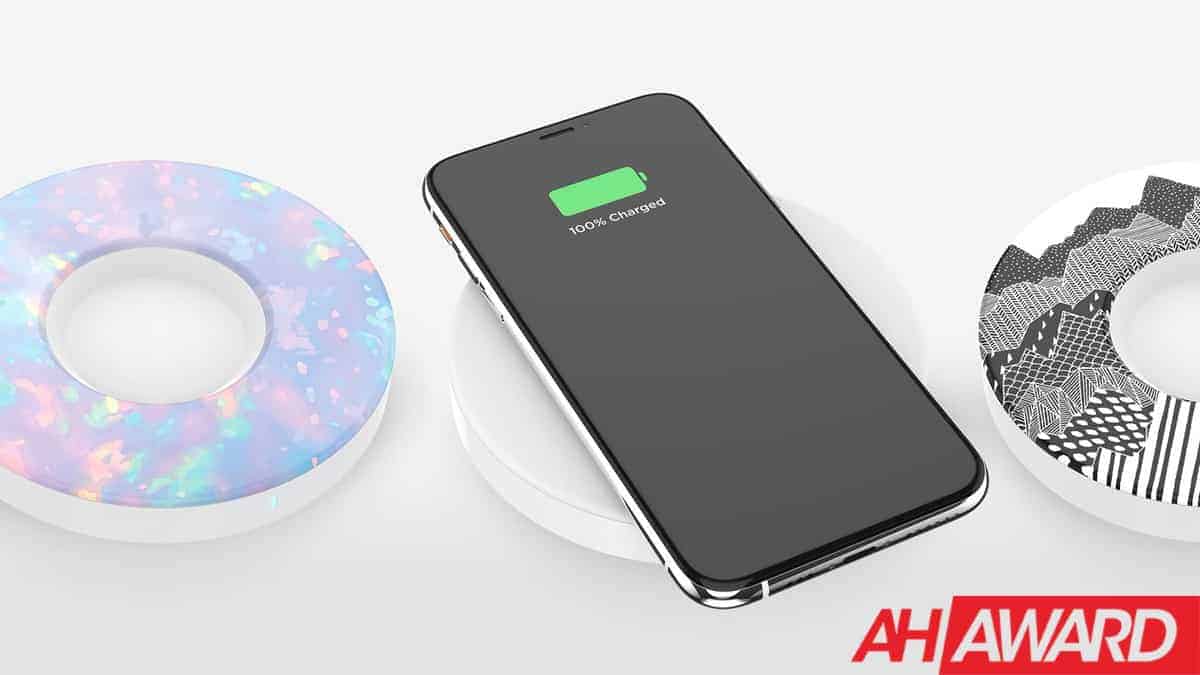 PopSockets came to CES with a big announcement. It's PopPower, which is a new wireless charger that will allow you to charge your phone wirelessly, with the PopSocket still attached.

This has been a major annoyance for those that want to use a PopSocket, but also want to use wireless charging. Because the PopSocket is too thick for wireless charging to work when it's attached. So, the company solved that problem. Which makes the PopPower worthy of a Best of CES 2020 award.

It's a very simple, yet genius product. PopPower has a hole in the middle, that is about the size of a PopSocket. This is going to allow you to place your phone down on the wireless charger, with the PopSocket out of the way.

But there are some other added benefits here. The PopSocket is going to keep your phone attached to PopPower, so you won't need to worry about it sliding off of the charging pad overnight. Which can happen when you are getting notifications at night when your phone is charging, and the phone vibrates.

Much like the PopSocket, you can get the PopPower with some pretty cool designs. The Mountainscape color looks really cool actually.

This is a really genius product from PopSockets. While some might look at it as a way to make even more money off of those that bought PopSockets, it actually is more than that. It solves a real problem. And that is the fact that you could not use wireless charging while you have a PopSocket on the back of your phone.

Given the popularity of PopSockets, PopPower should be pretty popular too, when it comes out later this year.

This is why PopPower is getting a Best of CES award from Android Headlines. It didn't come to CES to release some concept that consumers will never get their hands on, or a product that most people wouldn't buy. But a real product, and one that is likely to be very successful.