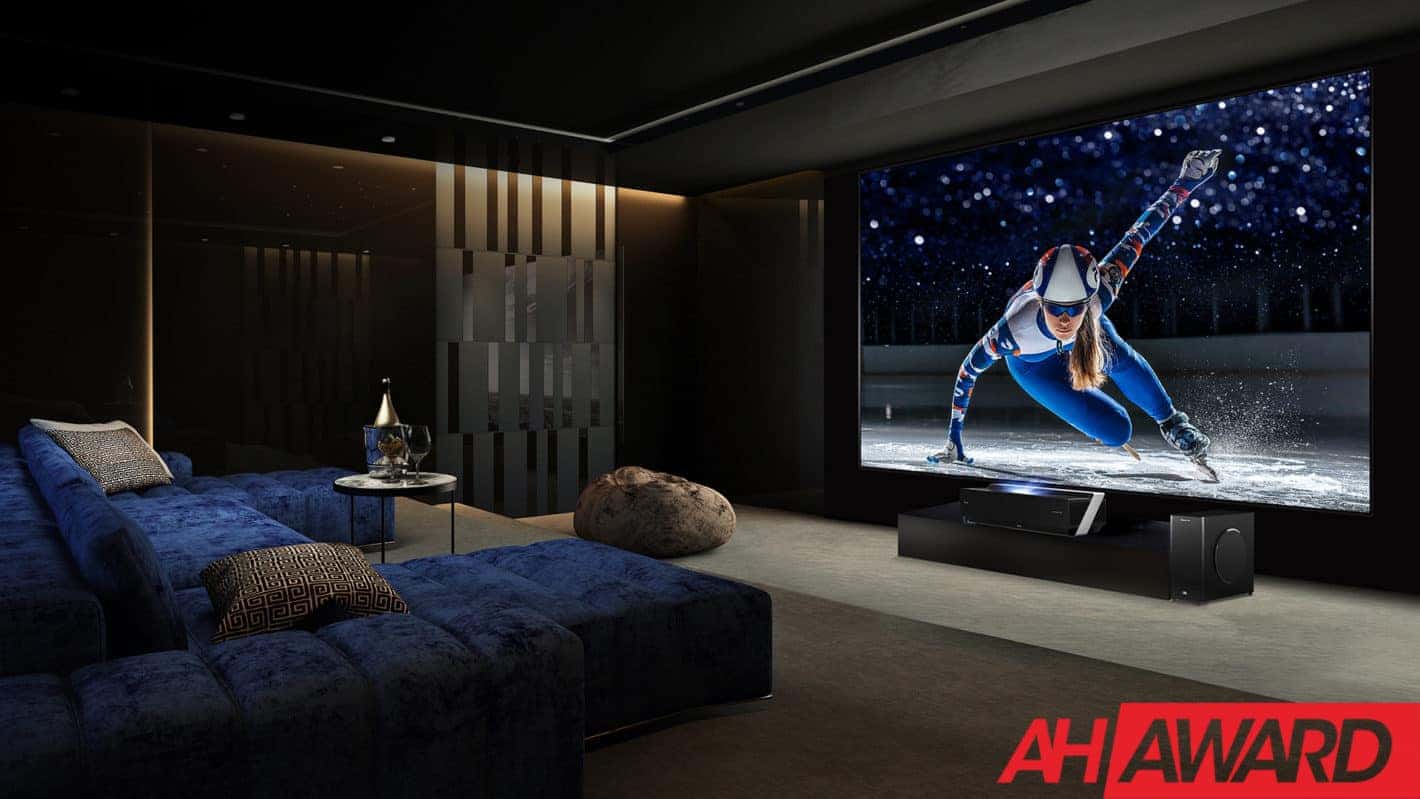 Hisense came to CES to wow us, and they sure did that with the L5 Laser TV. In fact, it wowed us so much that the Hisense L5 Laser TV won a Best of CES 2020 award from us here at Android Headlines.

The L5 Laser TV is not a new concept for Hisense. It has been showing off Laser TVs for a couple of years now. But we haven't seen a new model since 2018. Now, in 2020, it has shown us the best Laser TV yet. It ditched Hisense's own proprietary operating system for Android TV. Making it simpler to use. It's also going to be more affordable.

An ultra-short throw projector with a 100-inch display

The L5 is an ultra-short throw projector which can give you up to a 100-inch display. Giving you a pretty large TV, without it taking up a lot of room. Making it perfect for those that don't have a lot of room in their home for a big screen TV, but still want one.

However, just seeing pictures of the Hisense L5 Laser TV really don't do it justice, you need to see it in person. The L5 Laser TV is just absolutely stunning, and would look great in anyone's home.

Android TV brings over 5,000 apps to the Laser TV

Hisense' choice to go with Android TV on this Laser TV was definitely a smart one. While Hisense' own proprietary software isn't bad at all, it's just not as widely adopted as something like Android TV is.

So now with the Google Play Store available on the Laser TV, viewers will be able to watch content from a ton of different apps. Including Netflix, Hulu, Google Play Movies & TV, YouTube and so much more. Making it a really great TV for millennials and cord-cutters.

Hisense thinks that Laser TV dominates CES now, we're not sure about that, but we are sure that it should. The L5 Laser TV is an entertainment powerhouse, and it's one that everyone needs in their home.

This is why the Hisense L5 Laser TV won Best of CES from Android Headlines this year. It's an absolutely stunning product from Hisense and we can't wait for it to launch in April.