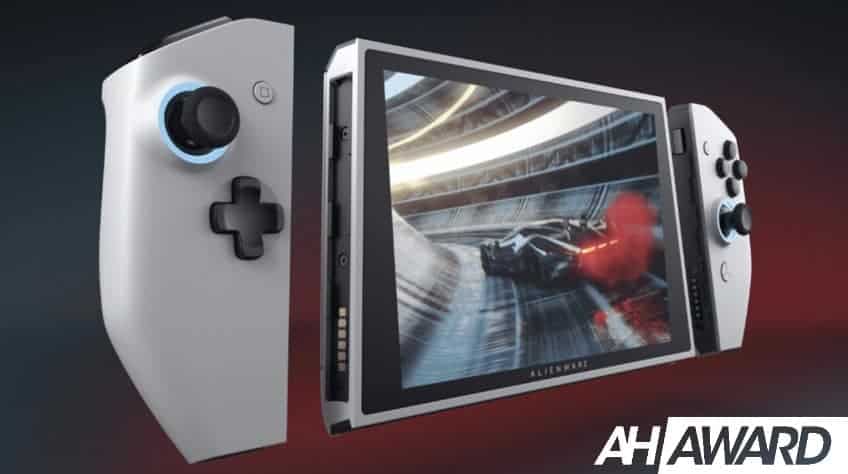 This device is just a concept at this point, but it's sure an interesting one. Imagine having a handheld with a full version of Windows 10 on it. On top of that, imagine that it's powerful enough to play games that you'd usually play on a PC. There you have it, now you know what the Alienware UFO Concept is, and why it managed to get plenty of attention at CES 2020.

It's like a Nintendo Switch, but for PC games

The moment I spotted this device, I couldn't get the Nintendo Switch out of my head. There's a good reason for that, this is also a handheld gaming device, but for a different platform. On top of that, it reminds me a lot of the Nintendo Switch for some reason. Simply due to its design, of course.

This thing is powered by one of Intel's 10th-gen Core processors, and it has an 8-inch display. Its controllers are detachable. So, there's yet another comparison to the Nintendo Switch. We're not sure what GPU is in here, but Intel did show off its first Xe dGPU SoC, the DG1, so… It's possible that lies inside of this thing. Do note that the DG1 is not available yet, and we don't know when will it ship, so… who knows.

Alienware really did not share much information about the hardware. That is not surprising, though, as this is just a concept device at the moment. The company will probably share more once this device arrives to the market… if it does.

To make things interesting, Alienware actually brought a working version of this concept product at CES 2020. It's quite an interesting device, though those black bars are quite distracting. Not that they're there, but their shape, they're wider on the bottom, compared to the top portion. This device also has backlit thumbsticks, which is a nice tice by Alienware.

This device has one more rather interesting function, it can be attached to an external monitor. This thing also has a kickstand on the back. So, you can basically prop it up anywhere, and do your gaming when you detach its controllers. Yes, those controllers can be attached to a secondary piece of hardware to form a proper joystick, similar to Nintendo Switch's joycons.

Just to be clear, this is not a cloud gaming device, or anything of the sort. The Alienware UFO Concept actually does everything locally. If it ever gets released, it will enable you to play a game like you would on a regular handheld, or on your PC / laptop.

This device is coming… probably… maybe

Alienware was really silent on the details. It showed off this thing to participants at CES 2020, but it did not confirm when is it coming. In fact, Alienware did not even confirm if the device will launch, or if it will base a different device on this concept. You never know when these 'concept' devices are concerned.

It would sure be interesting to add something like this to the market. Many gamers would probably be interested in something like this, especially considering it has the 'Alienware' brand attached to it. It could compete with the Nintendo Switch, as it would offer far more powerful for graphically-intensive games.

On the flip side, there's the battery aspect of everything. It will be interesting to see how Alienware is planning to take care of that aspect if this thing ever launches. Whatever the case may be, this is one of the most interesting products that we've seen at CES 2020.