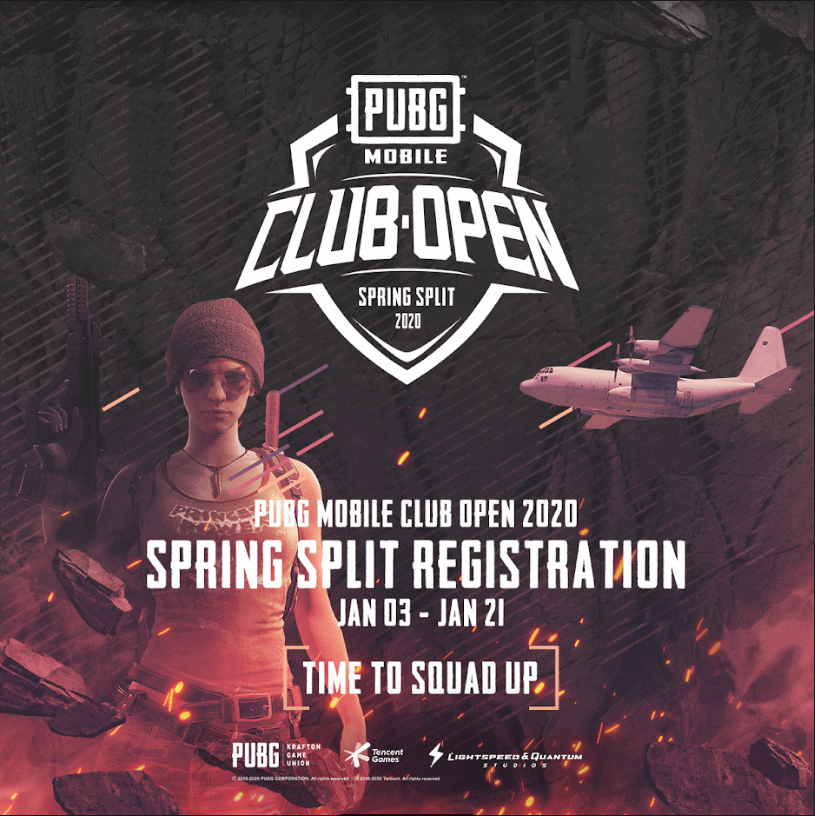 PUBG Corp. and Tencent have officially announced the opening of the registration for PMCO 2020 Spring Split.

This means anyone from amateur to pro players can now sign up to participate in the upcoming competition for a chance at some really big prize winnings.

PMCO, better-known as the PUBG MOBILE Club Open, is split into two different main competitions. The Spring Split and Fall Split. Registration for the Fall Split will happen later this year, likely towards the end of the Summer.

Today is the first day of the Spring Split registration so any players that want to participate can do so.

The registration will continue through until January 21. That gives anyone who's interested, and able, to register about three weeks to do so.

That being said, it isn't recommended to wait. If you're qualified to register for the competition, you should probably do so as early as possible. And if you've ever wanted to compete, now is as good of a time as any.

PUBG Corp. and Tencent have confirmed that this year's total prize pool for the PUBG MOBILE Club Open is double the prize money from last year. If that isn't enough of an incentive to throw your hat in the ring, competitions may not be for you.

Esports has become massive over the last few years. And it's not showing any signs of slowing down.

This includes mobile Esports and PUBG MOBILE is one of the biggest games in this space. Last year, the winner of the PUBG MOBILE Club Open Fall Split Finals (Bigetron) took away $200K in prize money.

So far there hasn't been a confirmation about any winning amounts for single competitions. But with an overall yearly amount being doubled, chances are the winners at each stage will get double the amount from the winners in 2019 at the same respective stage.

With a bigger prize pool, it's also likely that more teams will attempt to compete this year. Last year saw over 50,000 global teams attempt to become champion. This year could be even bigger. Especially with more money at stake.