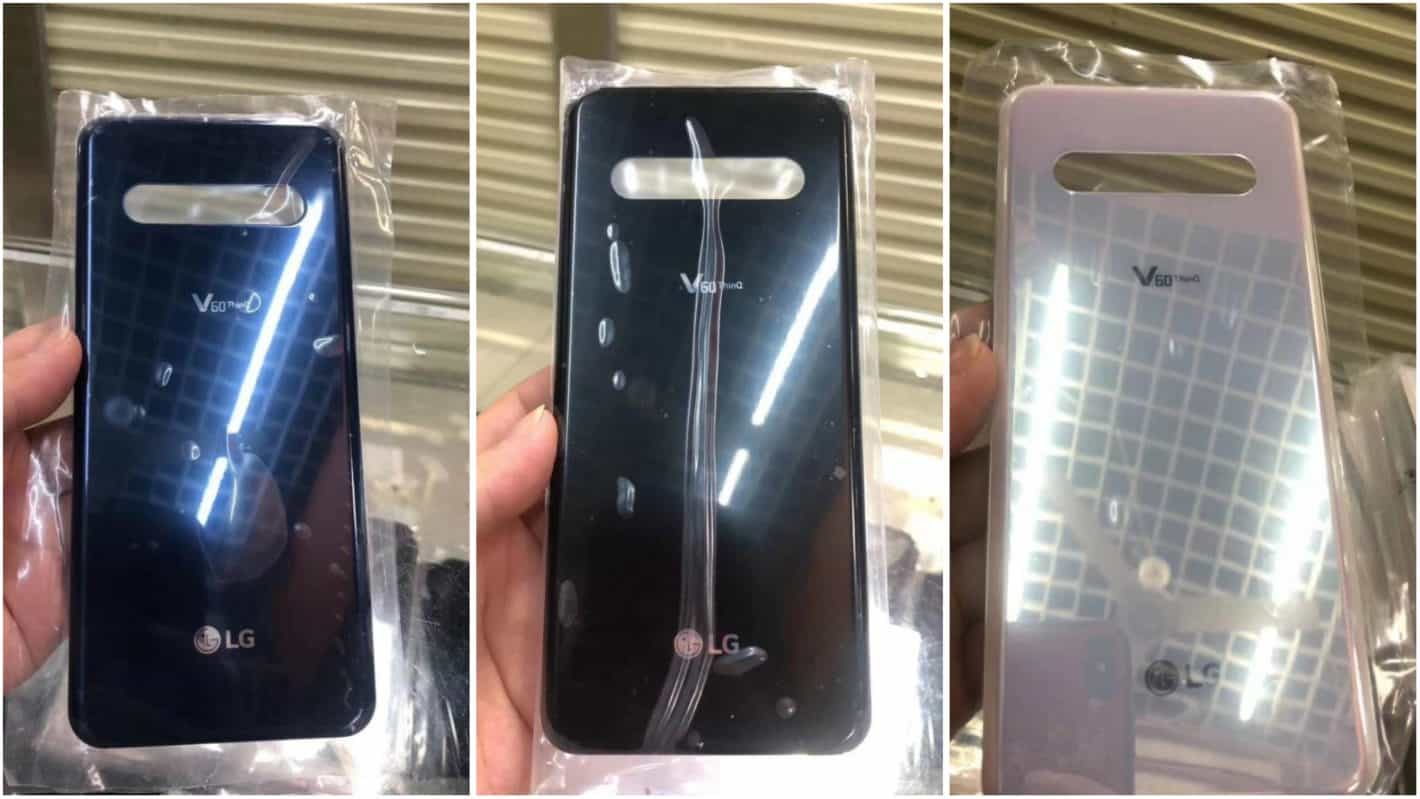 The LG V60 ThinQ's back glass has just surfaced, and it may reveal more than you think. This leak may reveal that the LG V60 ThinQ and G9 ThinQ will be two different versions of the same phone, the difference being 5G support.

The LG V60 ThinQ's back glass panel surfaced in three different colors, Black, Blue, and White. This back panel reveals that the V60 ThinQ will have a curved back, on the sides, and you'll also notice a horizontal camera cutout.

This cutout will host several cameras, an LED flash, and belonging sensors. V60 ThinQ branding is also imprinted on the back, and the same goes for 'LG' branding.

On top of that, the LG G8X ThinQ and LG V50S ThinQ 5G launched last year, as different versions of the same phone. That may suggest the same will happen with these two devices.

These two phones may, in fact, arrive as 4G and 5G variants of the same device. The LG V60 ThinQ will probably support 5G, while the LG G9 ThinQ may not. That is just an educated guess based on the company's previous releases.

The LG V60 ThinQ will probably include the Snapdragon 865G processor. That chip supports 5G connectivity, and this will clearly be the company's new flagship.

The LG G9 ThinQ may include the Snapdragon 855 or 865, it remains to be seen. We still do not know if LG plans to position this phone as a flagship, or a powerful mid-ranger.

Both phones are expected to include a 6.8-inch OLED display

Both phones are expected to ship with a 6.8-inch OLED display, along with Android 10, and LG's custom UI on top of it.

An optical in-display fingerprint scanner is also expected. Both devices may include a small, and both will be made out of metal and glass.

A dedicated Google Assistant button may be a part of the package, and the same goes for a 3.5mm headphone jack. Four cameras are expected on the back of these two phones, and both devices may become official at MWC 2020.