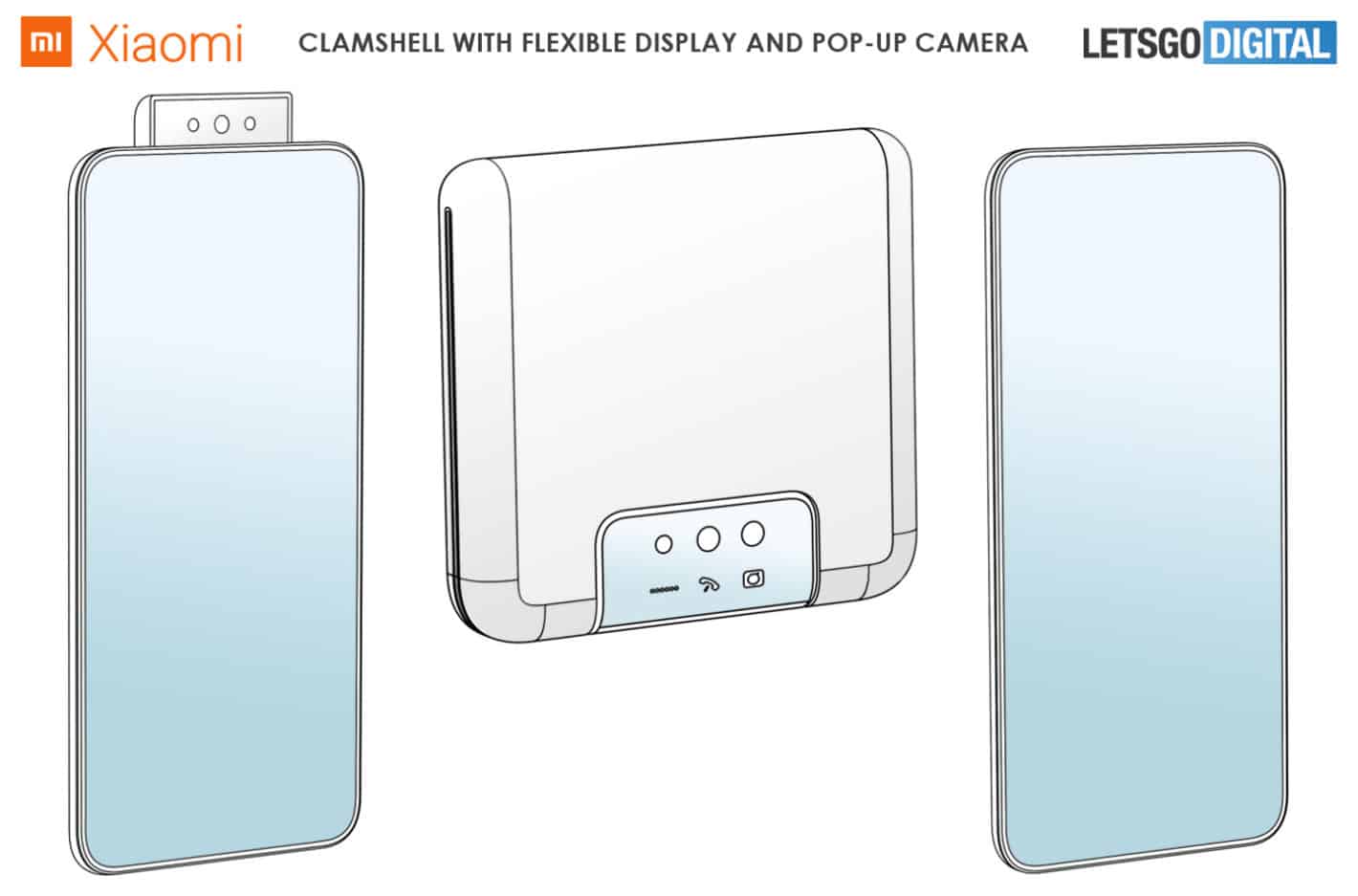 A new Xiaomi patent has been spotted at WIPO (World Intellectual Property Office). This time around, Xiaomi patented a foldable smartphone that is reminiscent of Motorola Razr. There's a catch, though, this Xiaomi foldable features a pop-up camera as well.

This patent has been submitted by the Beijing Xiaomi Mobile Software, and it was filed back in mid-2018. This patent has not been approved until December 6 this year, and it's now making the rounds.

If you take a look at the provided images down below, you'll see a rather interesting device. This handset is meant to fold vertically, as you can see, right down the middle.

This is a foldable phone with a pop-up camera, and a secondary display

Not only is it a foldable smartphone, and it includes a pop-up camera, but it also has extremely thin bezels, it seems. Xiaomi included that pop-up camera on this foldable phone in order to avoid including notches / display holes here.

There are three cutouts on the front side of the phone's pop-up camera. Once the camera appears, you'll get the camera itself, a flash, and an unknown sensor. We're not really sure what that third cutout is for.

Now, on the back of that pop-up camera module, you'll notice a tiny display. And that tiny display actually has a display camera holes, multiple ones. There are two cameras included there, and an LED flash.

We're not sure if this is a touchscreen or not, it could be just an indicator. This could be used just as a tool for you to see notifications await you, what is the time, and so on.

This is actually quite a unique design. We haven't really seen anything like it just yet. Just because Xiaomi patented this design, doesn't mean it will become a reality, though. Manufacturers patent all sorts of designs, and only select a handful of them.

The company was expected to introduce its foldable smartphone by the end of 2020. That is still a possibility, it's not that likely, we're actually not expecting it to happen.

We're already in mid-December, almost, and Xiaomi hasn't even started teasing any sort of an announcement. It is possible that the company is waiting for the Mobile World Congress (MWC) in February next year, or something of the sort.

Samsung, Huawei, and Motorola have all already announced their foldable smartphones, while Xiaomi and many other companies are expected to follow in 2020.