The Consumer Electronics Show (CES) is right at our doorstep, so not many people are thinking about the Mobile World Congress (MWC) at this point. Well, that didn’t stop Vivo from confirming its MWC 2020 keynote.

Vivo will host its MWC 2020 keynote on February 23

The company has announced that it will host a press event on February 23 in Barcelona. That press conference will be hosted at the Nautic Center, and will kick off at 5 PM CET.

This press conference is technically scheduled before the show starts, but that’s nothing new. All the major companies will host keynotes before the tradeshow actually opens. As a reminder, MWC 2020 will kick off on February 24, and close its gates on February 27.

CES 2020 will kick off on January 7 in Las Vegas. These two tradeshows are not exactly as similar as you may think. We don’t get many smartphone announcements at CES, that will be more focused towards the smart home, and various other consumer electronics. MWC 2020 will be a considerably different story.

Vivo is only one of the major smartphone manufacturers that will make an appearance at MWC 2020. Samsung will probably introduce the Galaxy S11 and Galaxy Fold 2 right before the show starts.

That is just one example, of course. It’s too early to talk about MWC 2020, though, as basically nobody confirmed their appearance just yet… well, except Vivo, of course.

Now, if you take a closer look at the provided image below, you will be able to see Vivo’s invitation. As you can see, a large letter ‘V’ is included in the background.

Is a Vivo V-series smartphone coming?

This could mean something, will the company introduce a new V-series smartphone? Well, it’s a possibility. In any case, we’re expecting to see a flagship-grade phone launched at that event.

Whatever the company ends up announcing, it will probably be a 5G-enabled device. It will also be a smartphone that will be available in Europe, as it will be a global phone.

We’re completely in the dark as to what phone exactly may that be. We didn’t really see any leaks regarding the company’s flagship phones, nor any rumors regarding them.

The last phone the company introduced is the Vivo X30, well, both the X30 and X30 Pro. Those two phones are fueled by the Exynos 980, which is quite interesting. Both devices were introduced earlier this month.

We’ll hopefully seem some rumors / leaks regarding Vivo’s upcoming phones soon. Until then, your guess is as good as ours, but it’s quite certain that Vivo will announce a flagship during its MWC 2020 keynote. 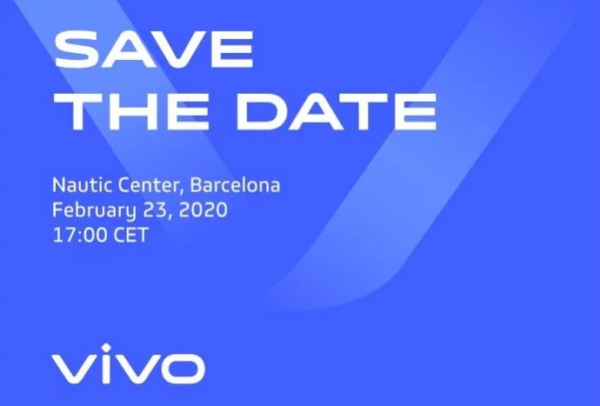