Have you ever wanted to use your hands as controllers? You’re in luck because, with the Oculus Quest, you can now do exactly that.

Oculus has gone through quite a journey since the original Oculus DK1 back in March 2013. Since then, we’ve seen input methods evolve from a generic input controller to an Xbox-branded one, then to touch controllers that feature motion-tracking abilities, and now Oculus is ready to ditch controllers entirely and use your hands as controllers, starting with the Oculus Quest.

Facebook’s rollout of the Oculus Quest v12 update, beginning December 9, will bring this hand-tracking feature to Oculus Home (the interface you experience when you first power on your Quest). This living room-like area is designed to make you feel at home in VR and, now that you won’t even need controllers to make the experience work, the experience will feel more comfortable and effortless than ever.

If you thought the Oculus Quest was convenient before, wait until you try it while using your hands as controllers!

The Oculus Quest launched in May of this year and has seen tremendous success since its debut. Much of this success owes to the fact that the Quest doesn’t need a PC, console, or even a smartphone to work. It’s completely stand-alone, much like a handheld video game console is, and brings the magic of VR to your face wherever you might go. It’s also only $400, which is often the price of just the headset alone in the world of PC VR, helping to significantly reduce the cost of entry for VR.

This new controller-free method of interacting with the virtual world is done in much the same way you would interact with your smartphone. When you power up your headset, the Quest will recognize your hands and display transparent virtual hands that look and move identically to your physical hands. As you can see in the GIF above, you’ll be able to pinch and tap to interact with any on-screen element to scroll and select actions.

Oculus has included a new toggle button on the menu to jump between controllers and hands, making the switch a simple one-button affair. 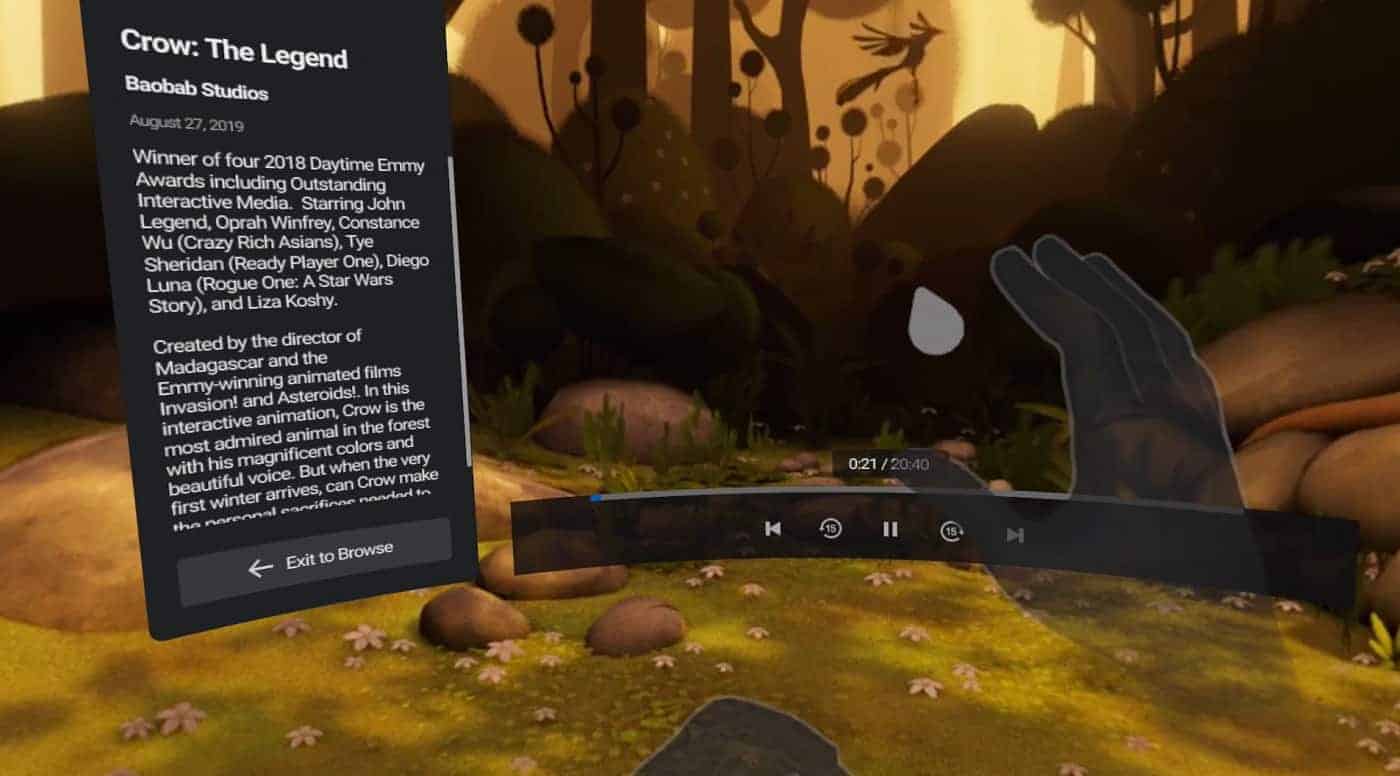 Right now, interaction is limited to the Oculus Home area, including the Library, Store, Oculus Browser, and Oculus TV. Oculus is rolling out the SDK to developers the week of December 16, meaning you should start seeing more apps and games feature hand-tracking in the new year. That’s perfect for folks that got an Oculus Quest for the Holidays.

This sort of controller-free functionality bridges the gap between the more “hardcore gaming” experience that can be achieved with the Touch controllers that are included with the Quest, and a more convenient way of utilizing the Quest as a vehicle for relaxation. While it’s not available in 3rd party apps just yet, we can imagine hanging out with friends in Bigscreen without having to grab any controllers at all, or maybe even allowing for better interaction with those simpler Oculus Go games that now work on the Quest.

While this feature works amazingly well in the Oculus Home interface now, it’s got a way to go before it’s something people will experience on the regular. While it won’t replace controllers in every application (just as VR won’t replace traditional 2D gaming in every way), controller-free experiences could enable more effortless and intuitive experiences in many scenarios.