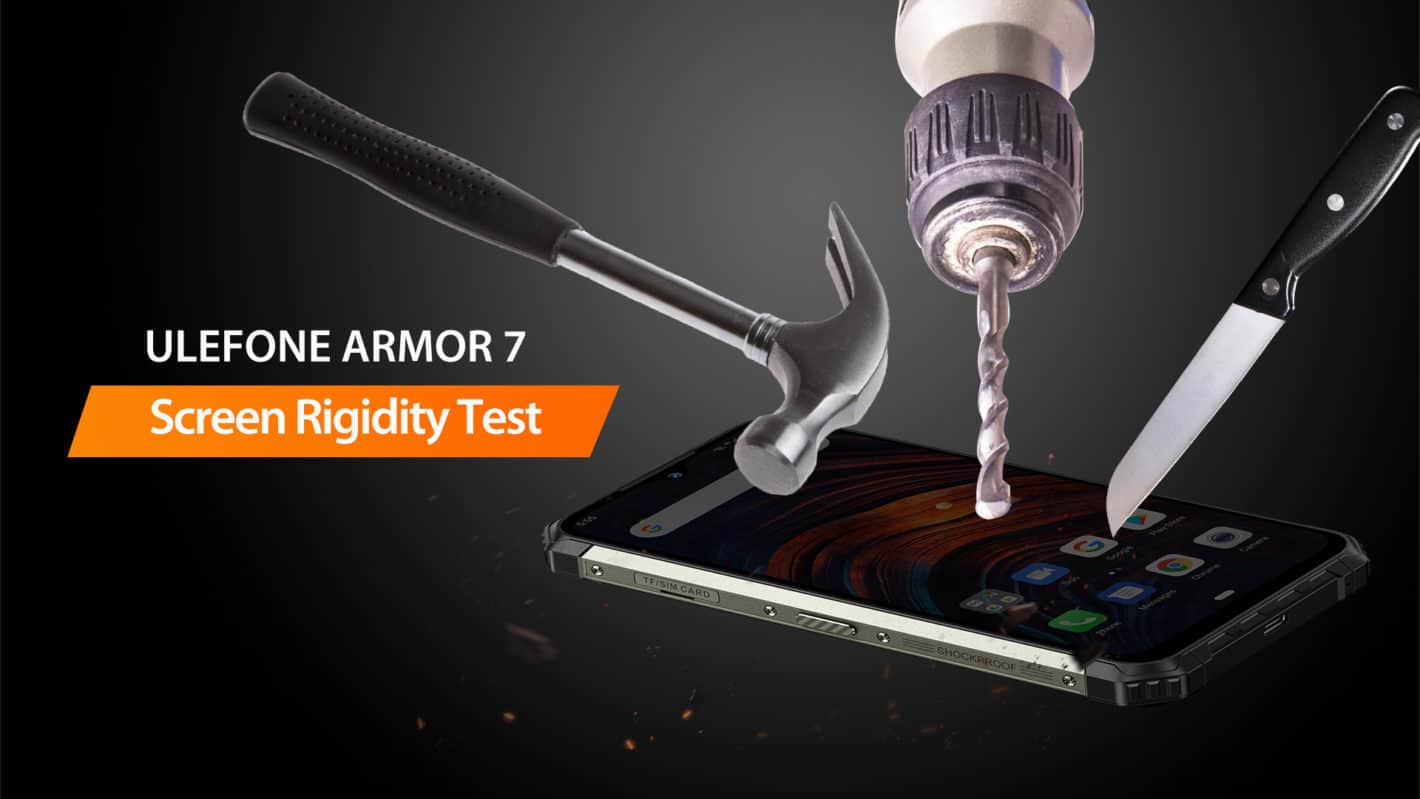 Ulefone is back with yet another smartphone ruggedness test, this time around, the Armor 7 is in the focus. The Armor 7 is one of Ulefone’s newest smartphones, and also one of the company’s most interesting phones to date.

This handset was announced a while back, and it is a rugged phone. Ulefone has decided to test out the Armor 7 display’s ruggedness, and publish all that in a new promo video.

In the second scene, it uses the phone to crack open some walnuts. At this point, the phone is perfectly fine. In the third scene, the phone is actually facing a drill, and it manages to survive that as well.

Ulefone has also decided to use the Armor 7 as a hammer. In the next scene, the Armor 7 is being used to pound some nails. The device managed to handle this task without a problem as well.

Dropping a small metal ball on this display also did not do any damage whatsoever. If that wasn’t impressive enough, Ulefone decided to throw a rather large rock on the phone as well. The Armor 7 managed to survive that as well.

In the last scene, the company opted to drop a hammer on top of the phone’s display. That, as you might have guessed, did not do anything to the display either.

As you can see, this is quite a resistant smartphone. If you’re in need of a rugged phone, the Armor 7 may be a device worth considering.

This handset is fueled by the Helio P90 64-bit octa-core processor, and it comes with 8GB of RAM. The phone features a 6.3-inch fullHD+ display.

To make things even more interesting, the device supports 15W wired charging, and 10W Qi wireless charging. A single 16-megapixel camera is included on the front side of the device.

On the back, you’ll find 48-megapixel, 16-megapixel, and 8-megapixel cameras. These cameras are capable of shooting 4K video at 30 fps, by the way. If you’re interested in the Armor 7, you can now get it from Banggood for $369.99, it’s currently on sale.