Samsung has started taking pre-orders for the Galaxy Note 10 Plus Star Wars Special Edition smartphone in the US. This handset celebrates the upcoming theatrical release of the final film of the Skywalker saga, Star Wars: Rise of Skywalker. The movie hits the theatres on December 20.

Samsung announced the Star Wars edition Galaxy Note 10 Plus last month. The package consists of a Kylo Ren-themed Note 10 Plus and a red lightsaber-inspired S Pen. There'll be a matching pair of Galaxy Buds as well as an embossed leather cover in the box. Samsung is also offering a unique metal badge as a collector’s item. The Sith-inspired package also comes with exclusive Star Wars-themed content including wallpapers, shutdown animations, icons, and sounds.

As far as the handset is concerned, it gets a completely black body with red accents around its rear-facing cameras, and power and volume buttons. The back of the phone features a Sith Empire logo sandwiched between Samsung and Star Wars brandings.

Apart from these painting changes, everything else remains same as the regular Galaxy Note 10 Plus. You get a device with a metal and glass body featuring a 6.8-inch QHD+ Dynamic AMOLED curved display. There are three vertically-stacked cameras on the back and a single front-facing camera. You also get 12GB of RAM, and 256GB of storage. You might want to read our review to find what's good and what's bad about this device.

However, if you happen to be a Star Wars fan, the Galaxy Note 10 Plus Star Wars Special Edition is still a likable proposition. You get a free pair of Galaxy Buds, as well as some special Star Wars goodies and customizations that you can proudly flaunt in front of your friends.

Remember that this device has limited availability, so you better reserve your own before it sells out. Pre-orders are now open with the official sale beginning on December 13. This phone will be sold online at the Samsung shop, Amazon, Best Buy, and Microsoft Store, as well as offline at select Best Buy, Microsoft, and Samsung Experience stores.

Apart from the US, Samsung is also selling the Galaxy Note 10 Plus Star Wars Special Edition smartphone in Australia, Denmark, Finland, France, Germany, Hong Kong, Korea, Norway, Russia, Spain, Sweden, Turkey, UAE, and the UK. Price and release date may vary according to the market. 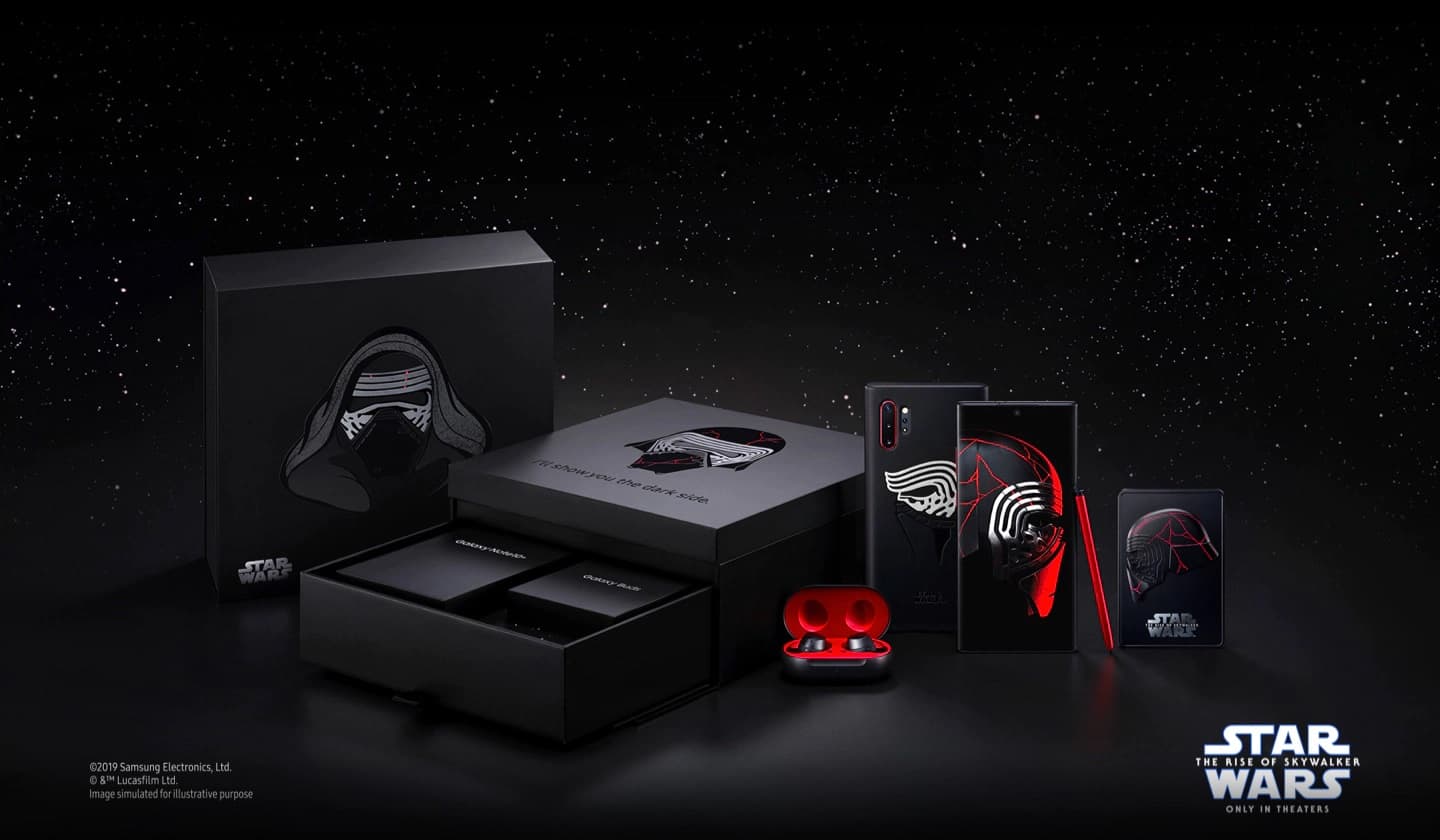