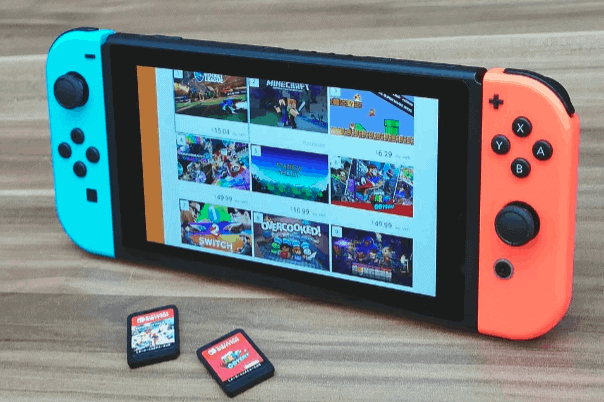 The Nintendo Switch doesn't really ever get discounted. So getting $30 back on this purchase is the next best thing.

With the Nintendo Switch you're getting a portable gaming console that can also be plugged into your TV for some action on the big screen. Hence the name "Switch". Allowing you to switch from the smaller 7-inch screen to a much larger TV screen.

The Nintendo Switch comes with battery life of four and a half to nine hours. This is going to vary widely based on what game you are playing on the Switch. For example, if you are playing something that isn't as graphic intensive, like Rocket League, you'll likely get closer to that nine hours. Versus something like Legend of Zelda: Breathe of the Wild, which uses a lot more computing power, you may get closer to the four hours.

There are a ton of great games available for the Switch. Two of which we already named. These include Super Mario Odyssey, Mario Kart 8 Deluxe, Fortnite and so much more.

The Switch can also be used for watching content like YouTube since that is available on the Switch. It's a great gaming console for taking on the go with you, since you are able to put it in your bag and even your pocket.

You can pick up the Nintendo Switch from Amazon today for just $299 and get that $30 credit by clicking here. Make sure you use the promo code D3E2CDJ6GB6S at checkout.