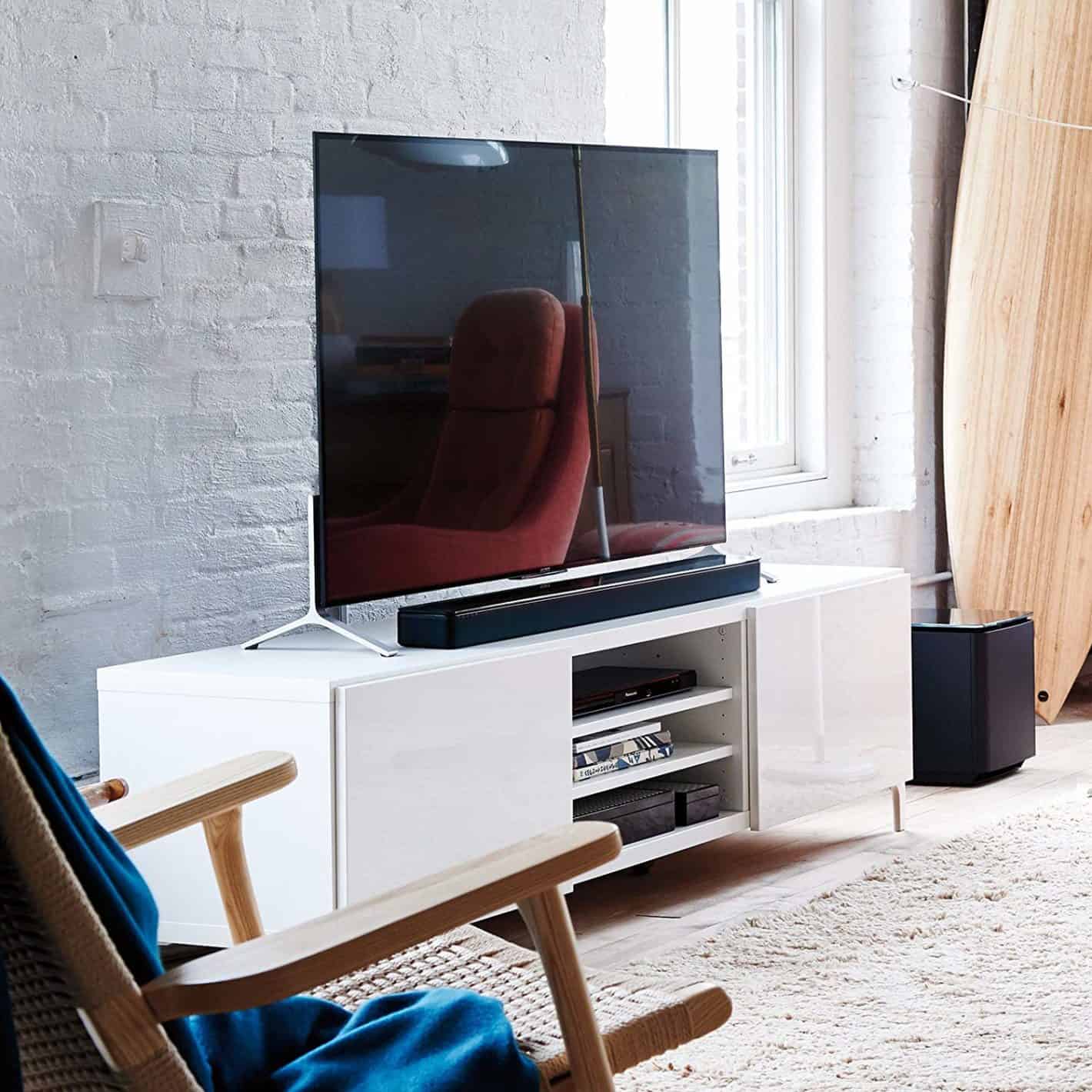 Amazon has discounted the Bose SoundTouch 300 Soundbar by $300. That brings a pretty pricey soundbar down to a pretty affordable price of $399. It's still not going to be the cheapest soundbar that you can buy, but it is much cheaper now.

The Bose SoundTouch 300 Soundbar works with Alexa, as you might expect. But there is a difference here, it works with Alexa and doesn't have Alexa built-in. So you will still need an Echo Dot or something similar to use to control this soundbar. So keep that in mind before purchasing it.

This is a pretty long and sleek looking soundbar from Bose. It's not a soundbar that is really going to stand out, and that's likely a good thing for most people. As it can sit under your TV and do its thing.

The Bose SoundTouch 300 Soundbar is a pretty good sounding soundbar, as you would expect from Bose. If you used any Bose products in the past, you know how well this is going to sound. The sound is going to be very crisp. Bass won't be overpowering the mids and highs either. Which is also a nice thing here.

It has HDMI connectivity and 4K passthrough, which makes this perfect for any home entertainment center. The only thing it's missing really is Dolby Atmos. There is Dolby Digital and DTS support here however. So you're not totally left in the dark. Though if there were Dolby Atmos support, this soundbar would cost a whole lot more. So that's likely a good thing.

The Bose SoundTouch 300 Soundbar doesn't get discounted often – none of Bose' products do actually – so if you've had your eye on this one for a bit, now is going to be the time to pick one up.

And you can pick up the Bose SoundTouch 300 Soundbar with Alexa support from Amazon by clicking here.