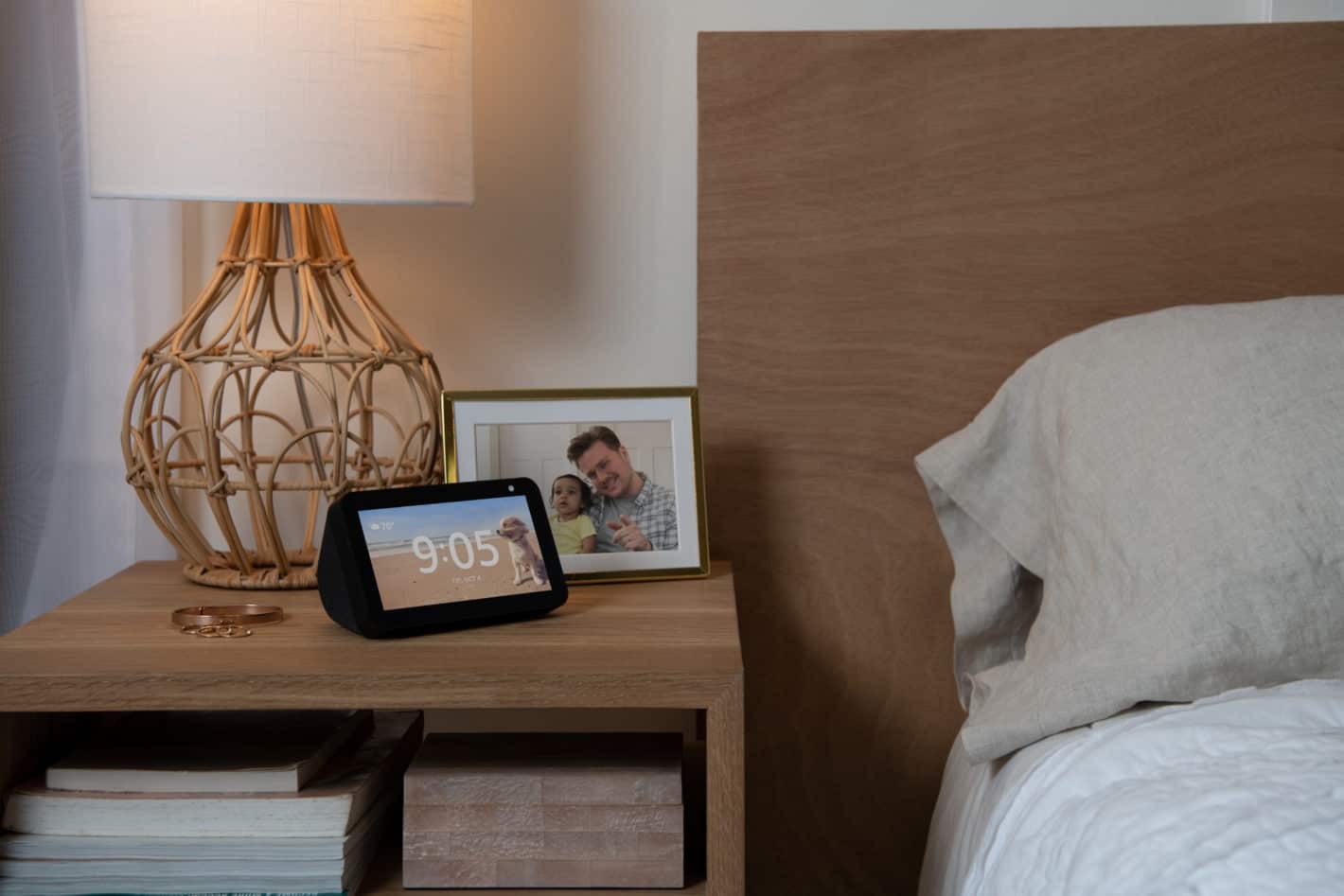 Amazon is still discounting the Echo Show 5, bringing it down to $59.99. That's $30 off of its regular price, and makes it a really great deal.

The Echo Show 5 is essentially a smaller Echo Show. Coming in with a 5-inch display, instead of a larger 10-inch. It's meant for smaller rooms, where you may not have a lot of space for a larger Echo Show. Like a kitchen or a bedroom.

However, unlike the Lenovo Smart Clock, the Echo Show 5 still has a camera built-in. So you're still going to want to be careful of where exactly you place this smart display.

With that camera on the Echo Show 5, you are able to do video calls over Alexa or even Skype. So you can keep in touch with your loved ones. It also works to tell the Echo Show when someone is in the room. That will keep the display on, and then when no one is home, the display turns off. Which is a really nifty feature to have.

This essentially gives you everything that Alexa can do, but now it's in visual form. So if you ask Alexa for something like the news, it'll actually show you the news, instead of just reading off headlines. Which is definitely a lot more useful.

You can still ask Alexa for the weather, traffic, finding something to watch, etc. Including controlling your smart home products. So you can use Alexa to turn on or off your smart thermostat or smart lights. Which is a really cool feature to be honest. It's a really great smart display to pick up for anyone invested in Alexa.

You can pick up the Amazon Echo Show 5 from Amazon today for $59.99 by clicking here. But you'd better hurry as this price isn't going to be around for long.