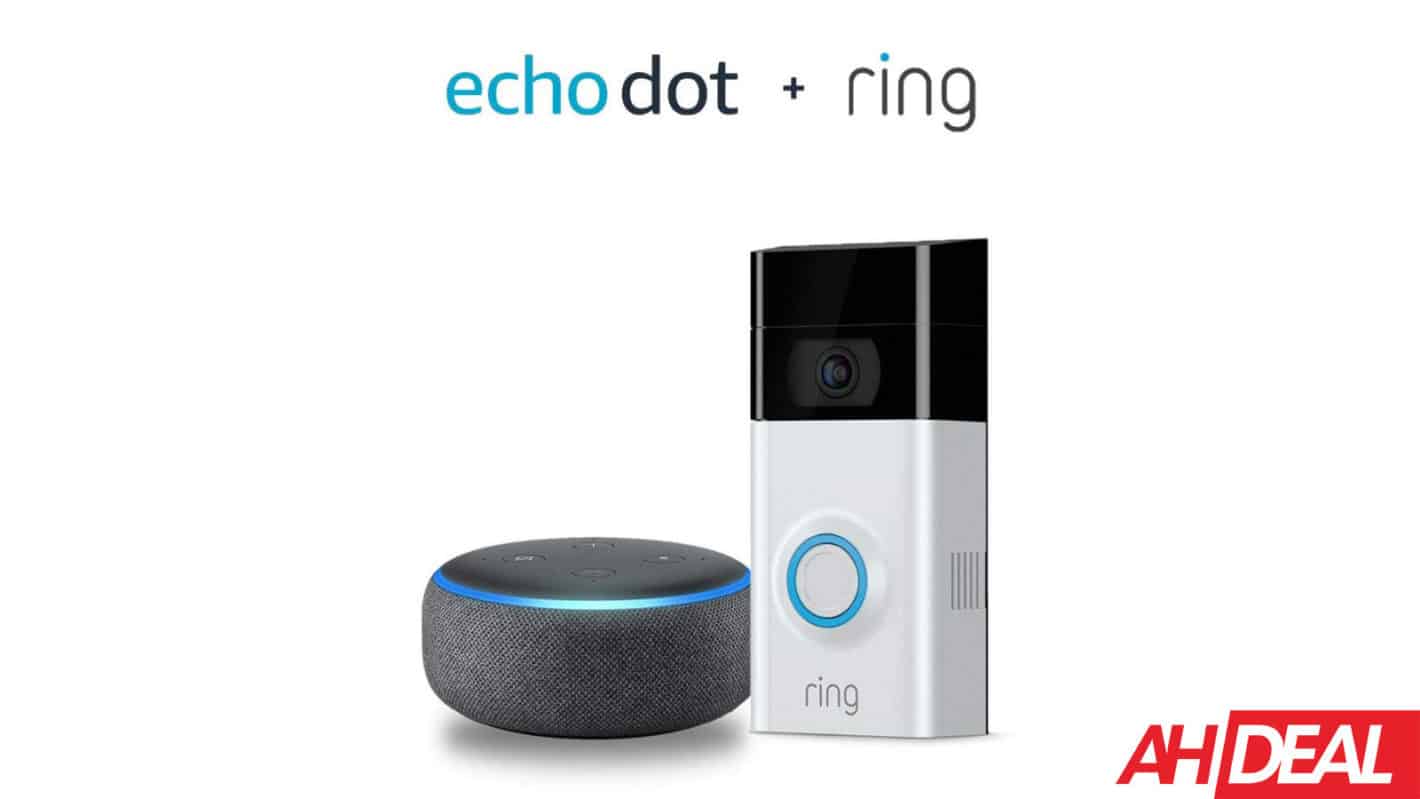 Even if you don't need the Echo Dot, it can make a great stocking stuffer for someone on your list this year, that you're not quite sure what to get them.

Ring Video Doorbell 2 is exactly what it sounds like, a video doorbell. This is going to allow you to see anyone that comes to your door, even if they don't ring the doorbell. That's really great for those looking to catch Amazon package thieves. As you're going to get a really good glimpse of them, and what they are up to.

It does work with Ring's other camera products, so you can pick up the Spotlight or something similar to go with this and keep an eye on your home. Which is definitely important.

Now the Echo Dot is included because, well Ring is owned by Amazon, but also because it works with Alexa. You can ask Alexa to show you the Ring Video Doorbell, and it can also ring like a traditional doorbell on the Echo Dot, which is a really cool feature when you think about it. There's two-way audio too, so using the Echo Dot, you can speak to whoever is outside your home.

You can pick up the Ring Video Doorbell 2 and the Echo Dot bundled together from Amazon today by clicking here. But you'd better hurry, as this sale won't last long.