Razer just about hits it out of the park with the Junglecat. It's nearly everything you could want in a mobile gamepad, save for perhaps the size being just a tiny bit off. Overall though, this is a good buy at $99 and should be on the radar of anyone looking for a controller to use with mobile games.

Razer provided us with this gamepad so we could check out its capabilities for mobile gaming and complete the review. This in no way changes our opinions or alters the feedback we have on it.

Razer makes more than just peripherals these days, but it’s still best-known for its collection of gaming equipment like mice, keyboards, controllers and the like compared to laptops and phones.

Peripherals after all is where Razer started, and it’s nice to see that the company hasn’t forgotten its roots. One of its latest pieces of hardware is the Junglecat. A mobile gamepad that it launched a little bit earlier this Fall for $99.

That might seem like a little bit high of a price, considering this is a mobile gamepad, and not something meant for consoles or PCs. However, you can actually use this with more than just phones, and it comes with a few extras. So perhaps that warrants the price.

This is also Razer, and it’s no secret that a lot of Razer’s hardware is a little more expensive than the competition. Should you drop the $99 on the Junglecat though? Or are you better off going with a different brand and product?

In this review, we’ll aim to look at the good and bad of the Junglecat so you can hopefully make a more informed decision on picking this up or maybe sticking with what you’ve got or just going with a different controller.

Solid design, save for perhaps its size

If there’s anything about the Razer Junglecat to gripe about, it’s the size. When attached to the middle connector that the dual-sided controllers lock into, it’s smaller than most controllers out there.

By smaller I mean it’s not really as wide. While that might not be an issue for some, those used to larger gamepads from other platforms may find it to be less comfortable.

Personally, I felt it was extremely comfortable to hold, I just prefer a slightly larger controller while gaming. The Junglecat never did feel uncomfortable or cause any irritation though. And playing games with it for hours was still a very enjoyable experience. 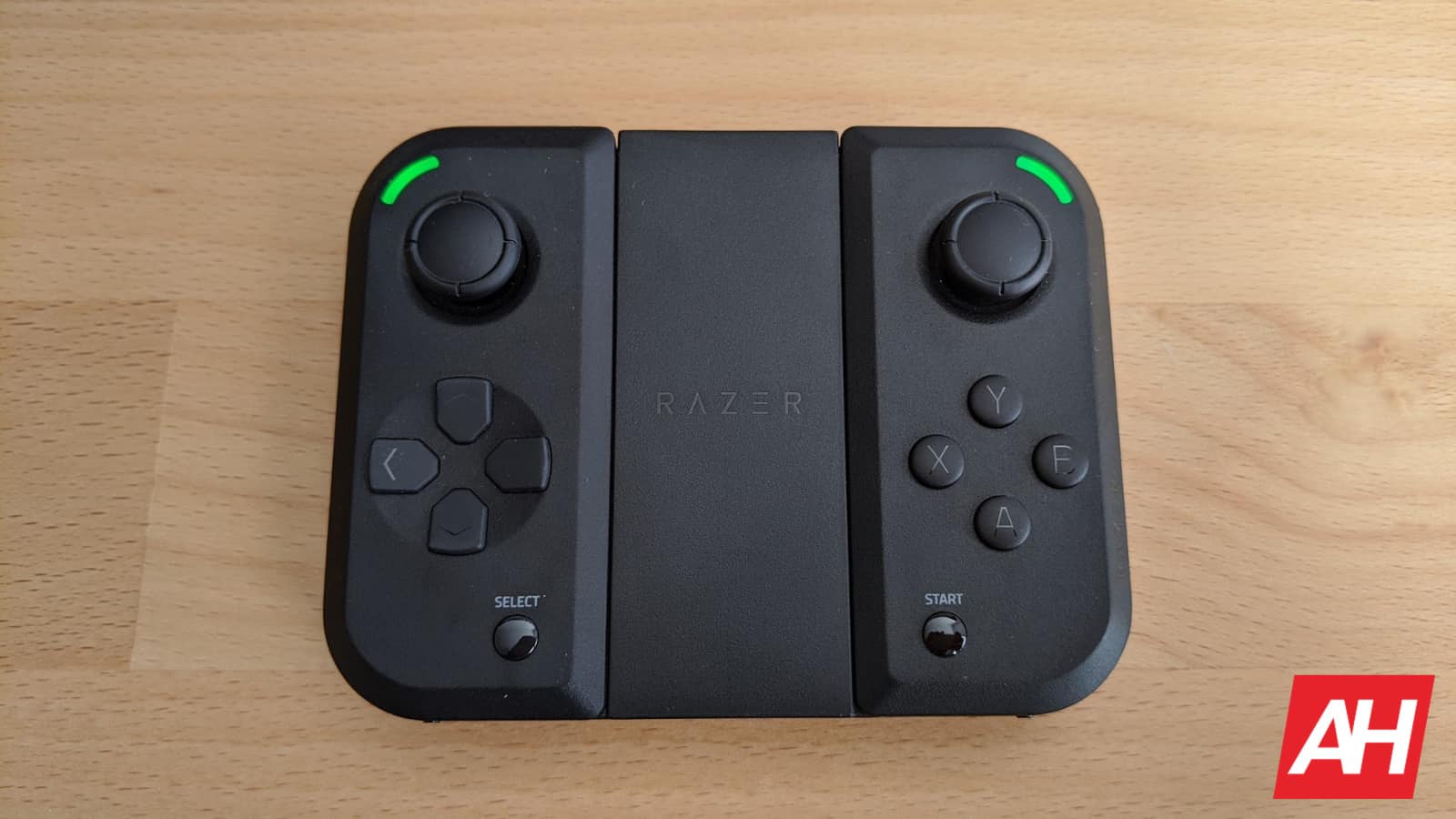 Minus the smaller size, which there is a reason for since it’s meant to be portable, the Junglecat looks and feels good. It definitely feels quality-made and it better for $99. Luckily for anyone hesitant about picking this up because of the cost and a worry that the quality isn’t worth it, don’t be.

I never felt like I was going to accidentally break something when using this. The same can’t be said for the ROG Kunai Gamepad which, is still a nice controller but it didn’t feel as good as it could have, especially considering you pay more for it than you do for this.

With the Junglecat, the design features Razer’s signature matte black looks like all of its tech. Both controllers slide in and out of place on both the middle connector and the included phone cases. They’re not so hard to lock into place that you have to fumble with things too much. Yet they also don’t feel like they will accidentally detach while playing games.

Overall, the controller looks good, feels great, and even though it is a bit smaller than I’d like for gameplay, it fits very nicely into smaller pockets making it super easy to take with you anywhere you anticipate having time to play games.

This isn’t just a mobile gamepad, even though that’s its main function

This is primarily a mobile gamepad. There’s no dispute there and I don’t think anyone would argue otherwise. The nice thing is that Razer also designed this to have some versatility.

It works with other devices besides mobile phones and that’s the beauty of it. And likely part of why it costs $99. Because of the Bluetooth technology that powers the connection between this and devices, it works with smartphones, tablets, and even PCs.

This means it can be your controller for multiple devices if you need it to be. And only a mobile gamepad if that’s what you prefer.

It also works with more than just mobile games and games on PC. It’s also now a confirmed compatible controller for xCloud, Microsoft’s game streaming service which is currently in beta. It does not work for iOS though. So this isn’t a good choice if you need a controller for your iPhone or iPad.

The buttons on the controller are really quite good

Though they may not be in the same exact place as other controllers, there is a full set of buttons on the Junglecat.

You have the d-pad, two thumbsticks, select and start buttons, A B X Y, and left and right bumper and trigger buttons. Each thumbstick clicks in as well making for L3 and R3 buttons so you aren’t missing anything you’d find on a standard console controller.

The better part is that the buttons on the controller are actually really quite good. Great even. They feel very tactile and have nice travel when pushing them in. Never once when using this to play games did I feel like I had to mash the buttons extremely hard or tap them softly for fear of pressing them too hard or not pressing them hard enough. This ties back into what I said earlier about this being a quality-made controller.

This is more proof that Razer really wanted to provide users with a good product here. With how big mobile gaming has become, and with Razer doing what it can to carve itself out a piece of that market, it needed a controller that helps evoke that dedication to improve the mobile gaming experience.

The Razer Junglecat does just that. It sets out to deliver great mobile gaming in partnership with your device and it succeeds and then some. It’s also using the same low latency tech as some of Razer’s other products.

This is a big factor in making it a great option when choosing a mobile game controller. Razer boasts instantaneous response with your button presses, and I found that to be pretty accurate.

Maybe once or twice I came across a situation where it felt like there a little bit of a slower response time playing games, but after spending weeks with this thing playing games like Final Fantasy IX and King of Fighters ALLSTAR, the controller performed very well and for the most part did have instantaneous response.

The Nintendo Switch-like gaming is great, if you have a supported phone

While you can connect this to any phone with Android 7.0 or above that has Bluetooth, it’s really best when you can attach the controllers to the sides of a phone so it plays like a Nintendo Switch.

The problem with this is there aren’t many supported phones for this setup. For the US, it only supports the Razer Phone 2, the Samsung Galaxy S9 Plus, and the Galaxy Note 9. If you have one of those phones, then this controller is fantastic.

If you don’t, then you’re missing out one of the best thing about it. It’s not a deal breaker, but it is a bummer. Luckily we had the Razer Phone 2 sent out with the controller to test it out. And it’s really nothing short of amazing. 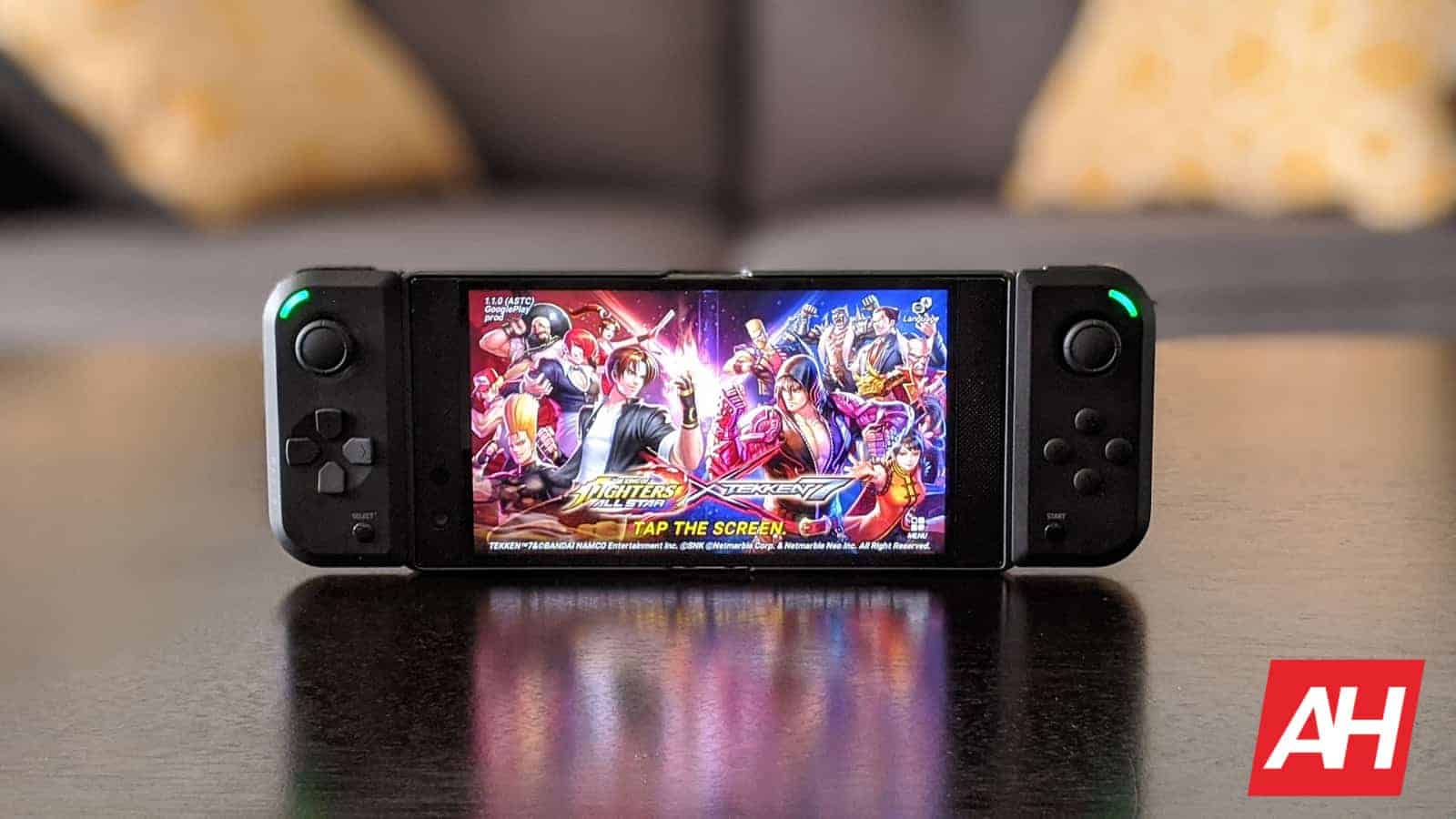 There’s no need to prop the phone up on a kickstand, and as someone who has spent many, many hours with a PS Vita, this was a really great way to play my mobile games.

One thing that I didn’t feel was an issue was how far the buttons were apart from each other when you have the controllers attached to the sides of the phone. I found this be very comfortable and enjoyed playing games this way.

Razer has said that it’s interested in releasing more phone cases for the gamepad so that other phones are supported, but didn’t give any confirmation on whether or not it would bring any to market.

Obviously, it can’t make cases for every single smartphone out there, but it can pick the most popular ones, like the Pixel 3 and Pixel 4, and perhaps some from the likes of LG and other top brands. In fact, that’s how Razer decided on the phones that it picked and which are currently supported. It found them to be the most popular.

Easy to charge up and long-lasting battery life

The Junglecat uses USB C to charge, which makes this really easy to charge up. Especially if you have one of the phones that it supports for the side controller attachment. Because all those phones use USB C as well. 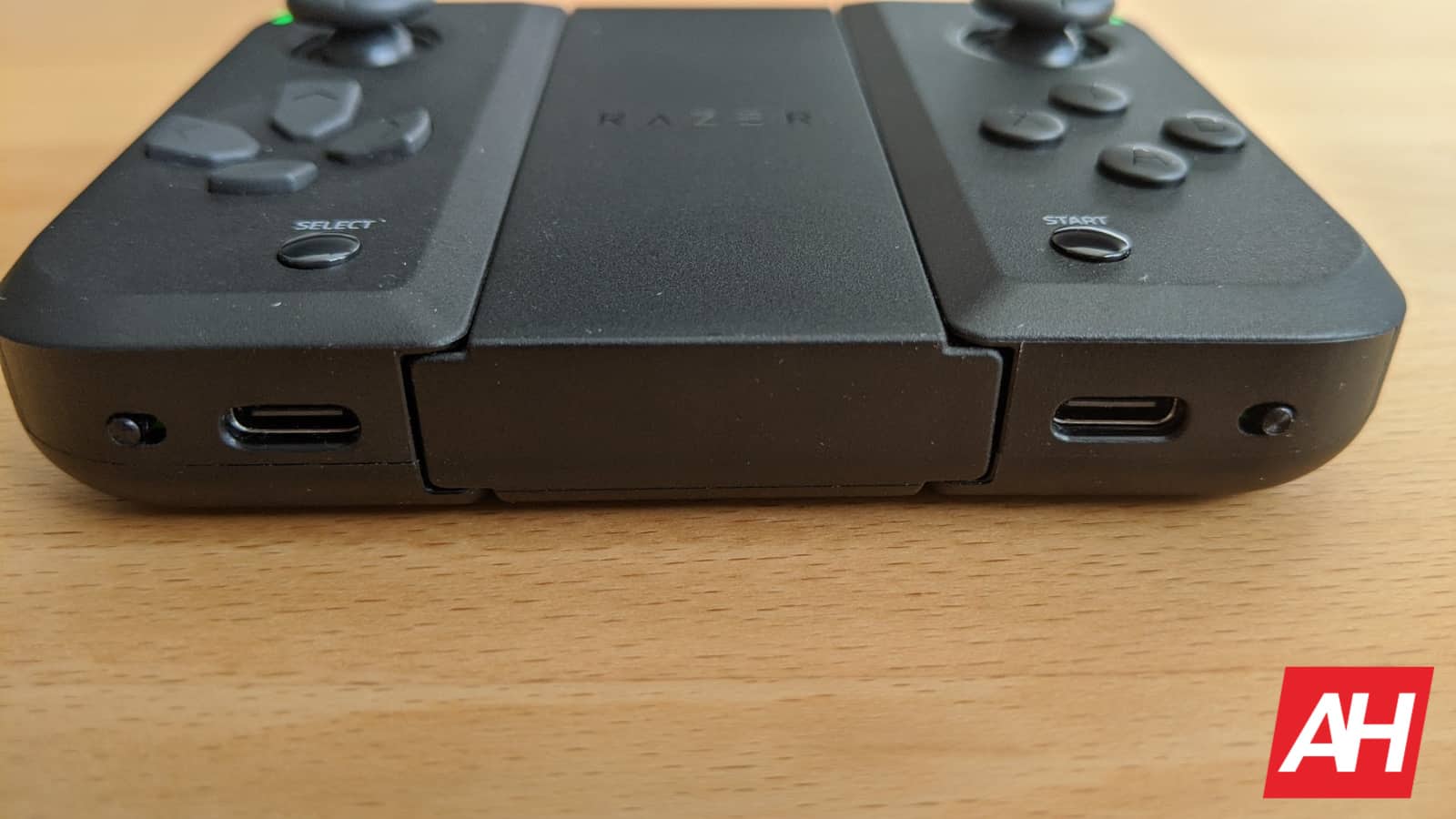 This works because all of these devices uses the same charger type. That said, charging was rarely something I ever thought about with the Junglecat. It’s rated for more than 100 hours of battery life so it’ll last a while.

I’ve had the Junglecat sitting on my desk for more than a week now and it still has power. Chances are it’ll sit there for a couple more weeks at least before I even need to think about plugging it in.

The point is you can use it every single day and probably do so for nearly a month before you need to charge it. That is unless you’re spending 5-10 hours a day on it. If you’re like me and using it for a few hours a day with a day or two in between uses, the battery will go far.

Should you spend the money to pick this up?

In almost any instance this is a good buy. Unless you really can’t justify spending the $99 on a mobile game controller. Which is totally fine. Other controllers will work with Android, and excellent ones I might add. Like the DualShock 4.

If you don’t play many mobile games or the ones you do play don’t have controller support, then this probably isn’t for you. The cool thing is that there is a fairly large list of supported games at the moment and the list will only grow.

So if you’re in the market for a mobile controller, consider giving this one a shot as it’s a near perfect mobile game controller. And it’s an even better experience when paired with the Razer Phone 2 and Razer Hammerhead True Wireless Earbuds.