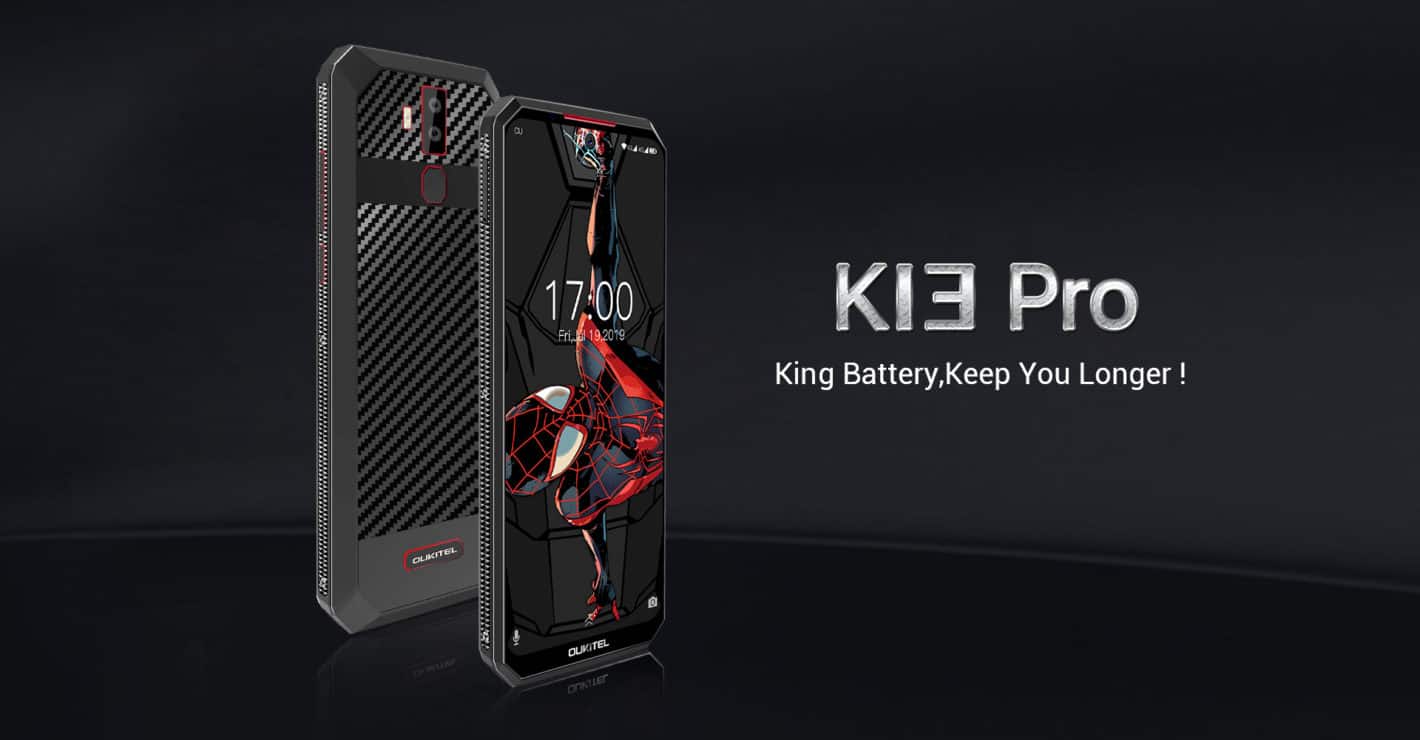 This promotion has started today, and will run until December 18. So, it will be available for a week. If you are interested, though, it may be wise to purchase it fast, just in case OUKITEL runs out of stock.

The OUKITEL K13 Pro is discounted by $90 until December 18

Once December 18 passes, the phone’s price tag will rise back up to $259.99, which is its regular price tag. As you can see, the phone is now discounted by a whopping $90.

This smartphone comes with a huge 11,000mAh battery pack on the inside. Despite such a huge battery, the phone is not as thick as you’d think. The company claims that it can be on standby for 31 days, which is quite impressive.

OUKITEL also says that you can game on this phone for 11 hours straight before it will need a charge, and we’re talking about graphics-intensive games, with screen brightness pushed all the way to 100-percent. In another scenario, the phone can handle 14.5 hours of online video streaming, claims OUKITEL.

This smartphone also supports fast charging, 30W fast wired charging (5V/6A), to be exact. Such fast charging can charge up this gigantic battery in only two hours and 20 minutes. Now, that may not seem like fast enough for some of you, but do keep in mind that this is an 11,000mAh battery pack.

The device includes two cameras on the back, and a rear-facing capacitive fingerprint scanner. There are two variants of the phone. One variant comes with a leather back, while the other has a kevlar pattern on the back. This device definitely seems more durable than most phones out there, as it doesn’t include glass in its build.

The device’s bezels are not thick at all, quite the contrary, they’re quite thin. The company’s logo sits both on the phone’s back, and below the device’s display.

The phone includes a 6.41-inch display, 4GB of RAM, and expandable storage

The phone provides facial scanning, and it utilizes its front-facing camera for that purpose. The OUKITEL K13 Pro features a 6.41-inch O-notch display with a resolution of 1560 x 720.

The phone includes 4GB of RAM and 64GB of internal storage. In case you need more storage, you can expand it by using a microSD card (up to 128GB).

That is more or less it, if you’re interested in purchasing the OUKITEL K13 Pro while it is discounted, hit the link down below.