OnePlus did not push out AMOLED black theme to the OnePlus 7T Pro or OnePlus 7 series, not yet

The OnePlus 7 series, and the OnePlus 7T Pro did not get this change yet. Chances are that it will arrive to those phones as well, and soon, as this seems to be a server-side change.

Do note that this is not the initial dark mode rollout to OnePlus’ phones. The company’s devices have been rocking’ dark mode for quite some time now, since Android 9 Pie arrived.

OnePlus opted to use dark gray for its dark mode implementation, though, for the most part, at least. The company is using dark gray for its menus, notification shade, and so on. Some of its apps, however, use the AMOLED black dark mode, like its Messages app, for example.

In any case, it seems like OnePlus finally got the hint after users complained, and is making the change to AMOLED black dark mode. This implementation should help with battery life on devices with OLED displays. All of the company’s recent devices utilize OLED displays, so it makes sense.

You can see the change in the image provided below this paragraph. The difference is not that significant to your eye, maybe, as OnePlus has been using a dark shade of gray, but the color on the right is pure black. 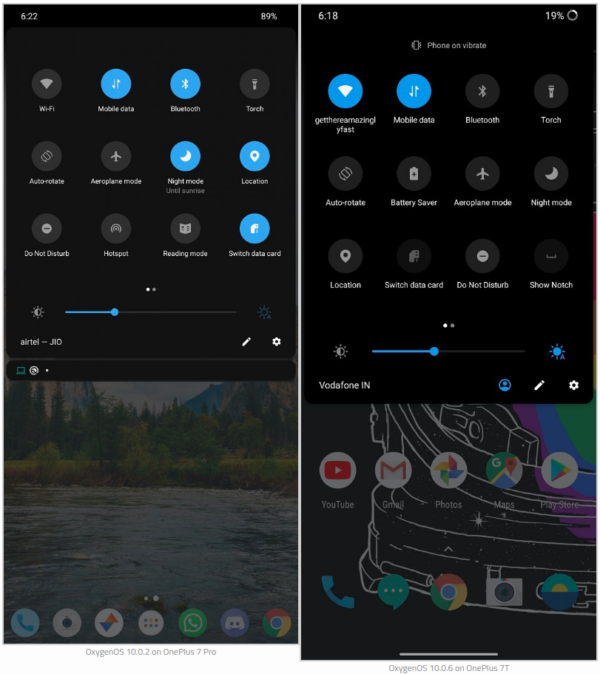 Interestingly enough, the change does not affect volume controls in OxygenOS. If you take a look at the image down below, you’ll see that volume controls are the same. OnePlus may be planning to tweak this in the future as well, as that would make sense. 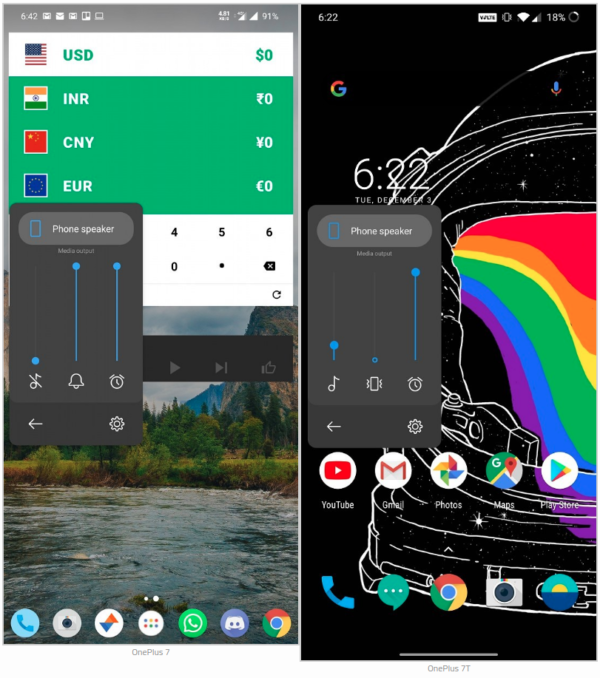 The company did not share any official information regarding this, though. Users on Reddit started reporting the change.

We are expecting such changes to arrive to the OnePlus 7, 7 Pro, and 7T Pro in the near future. The same goes for the OnePlus 6 and 6T once Android 10 lands (again) on those two devices.

As most of you probably already know, OnePlus did start pushing out Android 10 to the OnePlus 6 and 6T last month. Soon after the initial rollout started, the company stopped the update, and began fixing bugs.

Android 10 for the OnePlus 6 and 6T was quite buggy, it seems, as the new version of the update still did not arrive to the two devices. It is expected to start rolling out soon, though.