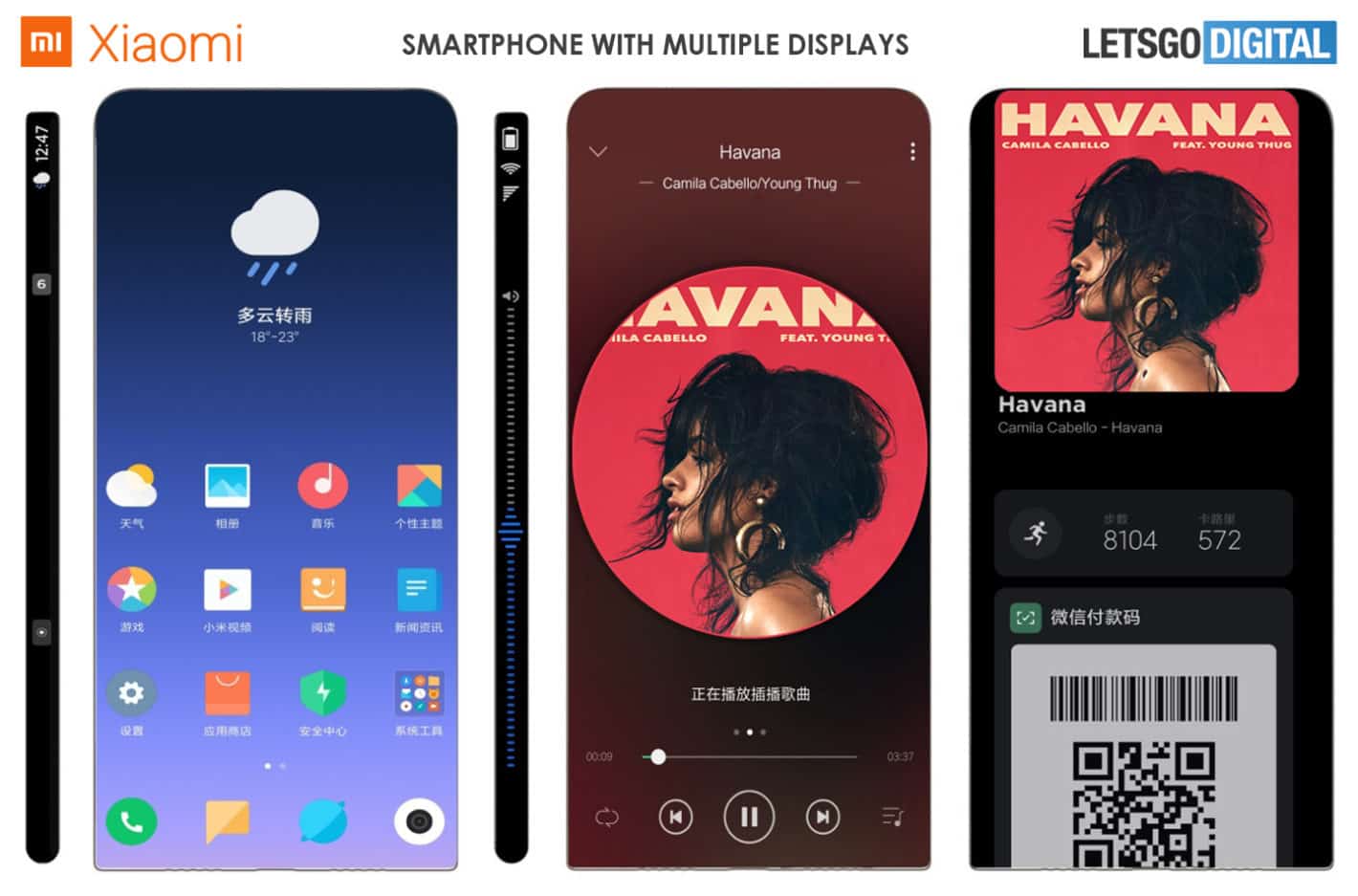 Following the phone with an extendable display, Xiaomi patented yet another device with WIPO (World Intellectual Property Office). This Xiaomi handset is pretty much all-screen, it features the so-called full-screen surround display, and it even has an under-display camera.

This handset has surfaced in a series of patents on WIPO, on December 13. It took WIPO about a year to approve these patents, as they were submitted a year ago.

This Xiaomi phone includes all-screen 'surround display', the vast majority of the phone is covered by it

Its front, back, left, and right sides are covered by displays. It seems like all those displays function independently, as each of them has its own layout.

The phone's main speaker is placed on the bottom of the phone, along with a Type-C USB port. A microphone is included at the top of the device.

There are no physical buttons on this device, not at all. A SIM card slot is also not visible here, so we presume that the phone is envisioned to utilize an eSIM only.

An earpiece is not included here either. That is not all that surprising, as we've seen Xiaomi utilize technology that doesn't require a physical earpiece to be present.

Now, this device may remind you of the XiaomI Mi MIX Alpha that got announced recently. Unlike the Alpha, however, this device does not have a regular camera, anywhere on the phone.

That suggests that this phone is envisioned to include an under-display camera, or more of them. Xiaomi already demoed its under-display camera tech, the same as OPPO. So, we could end up seeing the very first smartphones with such technology in 2020.

You also get to see this phone's UI in the provided images. You will notice that it has been heavily redesigned for this phone. For example, you cannot see the battery status, network signal, or anything of the sort at the top of the display.

That information is shown on the right-hand side of this smartphone. The left side, on the other hand, displays time, weather, and so on. This is actually quite similar to the setup on the Xiaomi Mi MIX Alpha.

All in all, this is quite an interesting patent. Xiaomi could be planning to introduce a smartphone like this in 2020 or 2021, as it seems like Xiaomi thinks all-screen phones are the future. We'll see what will happen, just because this patent surfaced, doesn't mean it will become a reality.