Google has announced that it is bringing more Google Fi features to compatible non-Pixel devices. Features like spam call warnings and the ability to block specific numbers, Wi-Fi calling, and enhanced VPN network are now available on all Fi-compatible phones in the US. Users can access these features through the Google Fi app’s Phone Settings menu.

“We’ve been working to bring the Google Fi experience to more people across the U.S., and last year we expanded Fi plans to the majority of Android devices and iPhones,” writes Alex Zheng, Product Manager at Google. “Today, we’re bringing some favorite Fi features to these devices.”

The bulk of Google Fi's functionalities are unsurprisingly limited to Pixel devices at launch. However, the company has been trying to bring more devices into the fold over the last couple of years. Last year around this time, Google expanded the MVNO to support phones from Samsung, OnePlus, Nokia, Huawei, Motorola, LG, Essential, HTC, RED, and Xiaomi. Support for iPhones was also added. Google is now bringing some additional Fi features to these devices.

To start with, spam call warnings and the ability to block specific numbers are now available on all phones compatible with Fi, including iPhone. If an incoming call is detected as spam, your device will label the caller ID as “Suspected spam” so that you can avoid it. You can then go on to block that number and it works exactly how you’d expect. 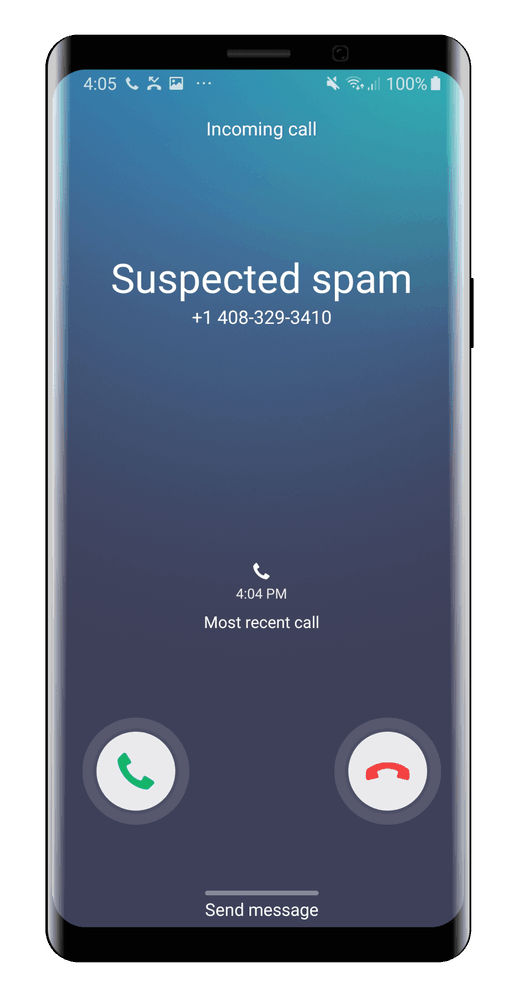 Wi-Fi calling, meanwhile, enables you to make and receive calls even when you don’t have cellular coverage, as long as you have a Wi-Fi connection. This is a handy feature for indoor places without a good signal. This also helps you conserve some mobile data. To get these features on your non-Pixel phone, update the Google Fi app and go to the "Phone Settings" menu.