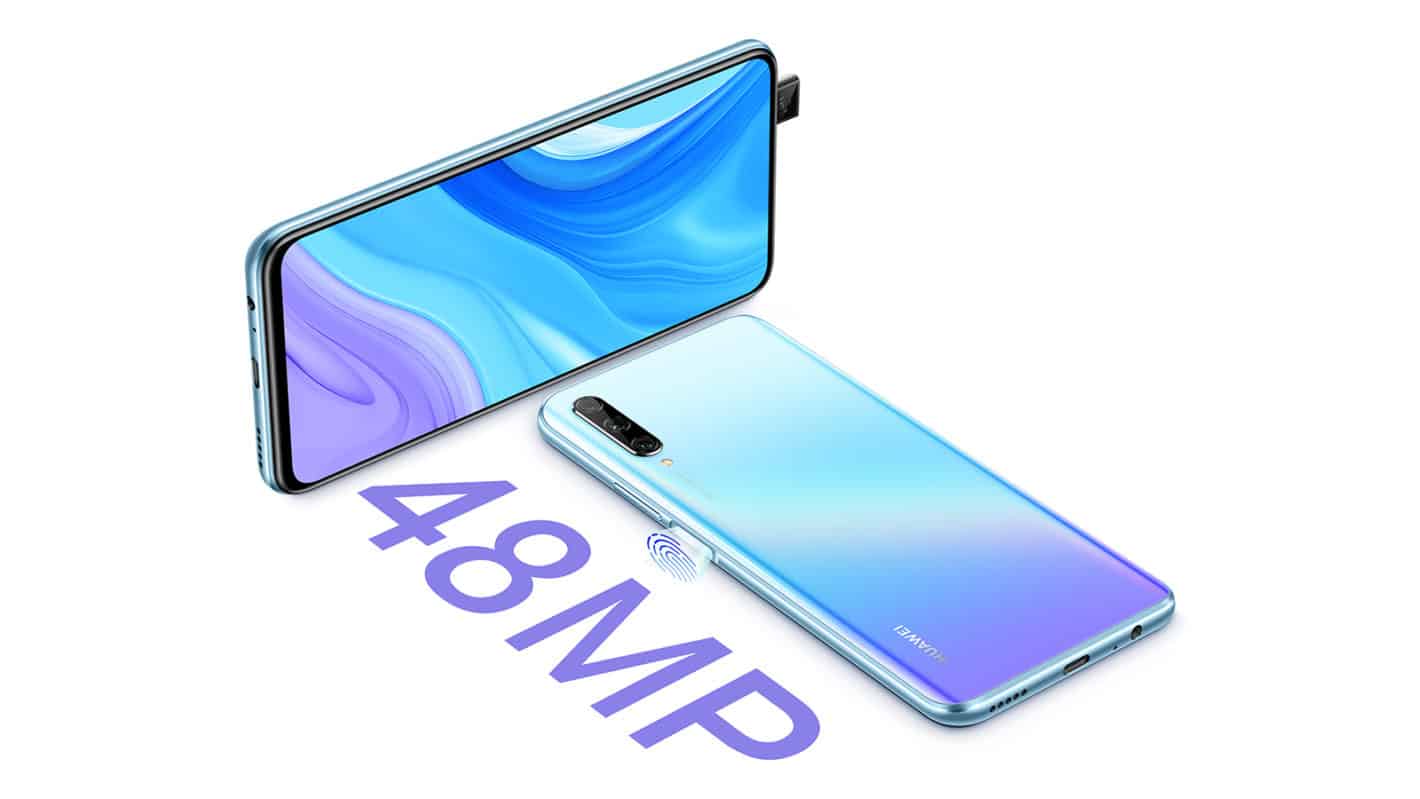 This mid-ranger has not been announced via a press release, but it surfaced on Huawei’s websites. This phone popped up across Europe, in Bulgaria, Croatia, Greece, Poland, Ukraine, and a couple more countries.

The device is made out of metal and glass, and it actually looks quite sleek. The phone’s bezels are extremely thin, its bottom bezel is the thickest, and yet it’s only a hair thinner than the rest.

The Huawei P smart Pro does not include a display camera hole, or display notch. It does come with a pop-up selfie camera, however. That makes the phone look sleeker, but not everyone prefers a motorized camera.

The phone’s corners are rounded, as are the corners of its display. There are three vertically-aligned cameras included on the back of this phone, and they do protrude a bit. Below those cameras, you’ll notice an LED flash.

All the physical keys are located on the right-hand side of this phone. The volume up and down buttons are placed above a side-facing fingerprint scanner. Huawei’s logo is also placed on the back.

A 3.5mm headphone jack is available on this phone as well, it’s placed on the bottom. Next to that port, you’ll notice a microphone, a Type-C slot, and the speaker grille.

This smartphone includes 6GB of RAM and 128GB of internal storage. You can expand its storage via a microSD card, up to 512GB.

The phone features three rear-facing cameras, and a 4,000mAh battery

A 16-megapixel selfie camera (f/2.2 aperture) is also a part of the package, as is a 4,000mAh battery. This battery supports 5V/2A charging. It’s also worth noting that EMUI 9.1 comes pre-installed on the P smart Pro.

The phone is priced around €350, though that price point will vary from one country to the other. In any case, it’s not far from that €350 mark in any of those European countries.