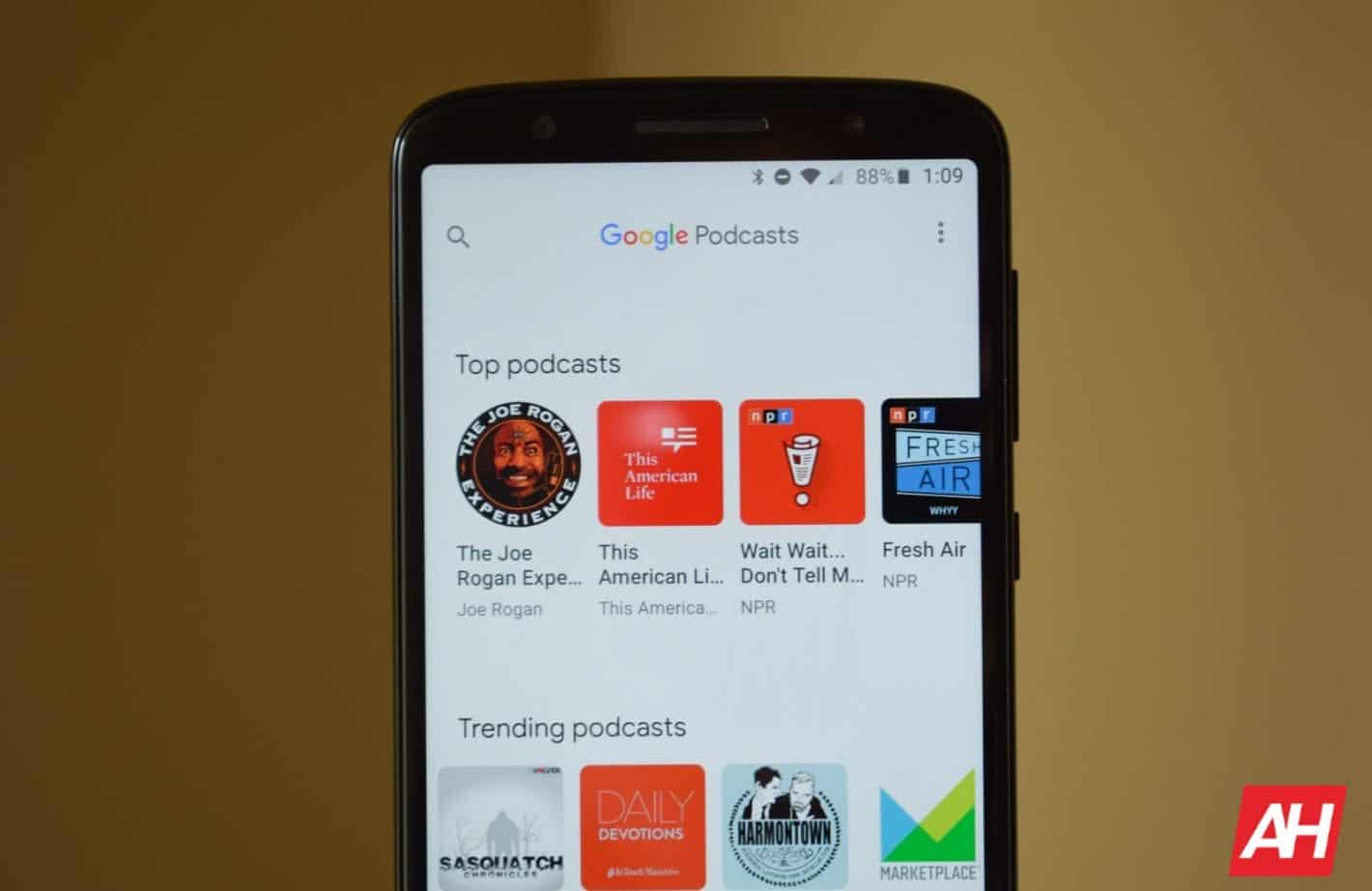 Google Podcasts appears to be in the process of being updated with personalized recommendations.

These recommendations are relevant to specific episodes and not the podcast in general.

It remains unclear how widespread access to the new feature is or when it will roll out to all users.

Google launched its Podcasts app earlier in 2019 as a means to bring together access to all the popular podcasts that are now available. At the time, Google promised the app would come with smarter recommendations and that now seems to be what's happening with the latest update.

The finer details on the new feature remain limited at the moment. However, it is now being reported that the Google Podcasts app is being updated with a new recommendations tab.

The recommendations tab appears in the "For you" box visible on the home screen. Previously, this box only consisted of three options: New episodes, In progress and Downloads. Those who have the updated version of the app will now see the "Recommendations" tab listed as a fourth option following Downloads.

According to Android Police, who first spotted the change, these recommendations go beyond simply providing options for a new podcast you might be interested in. Instead, they are episode-based. This suggestion being Google is surfacing specific episodes that focus on topics and/or interests that more correctly align with the user's listening habits.

The benefit of this approach is that users are less likely to miss out on a specific episode that matches their interests simply because they are not interested in the overall podcast's general theme.

Building on this point, the new recommendations section allows users to play the episode directly from the new tab. In other words, there's also no need to click through or subscribe to the recommended podcast just to listen to the Google-recommended episode.

Unclear when the feature goes live for all

Right now it remains unclear when this feature is likely to go live for all users.

What is clear, is that it's not currently live for everyone and the Google Play Store page listing has not been updated to suggest that's about to change.

Android Police point to this as being a server-side update and that's likely to indicate it could take some time before any individual user gains access to the feature.

Again, if a device has access to the updated version of the app, then the Recommendations tab will be clearly visible in the "For You" section on the app's home screen.