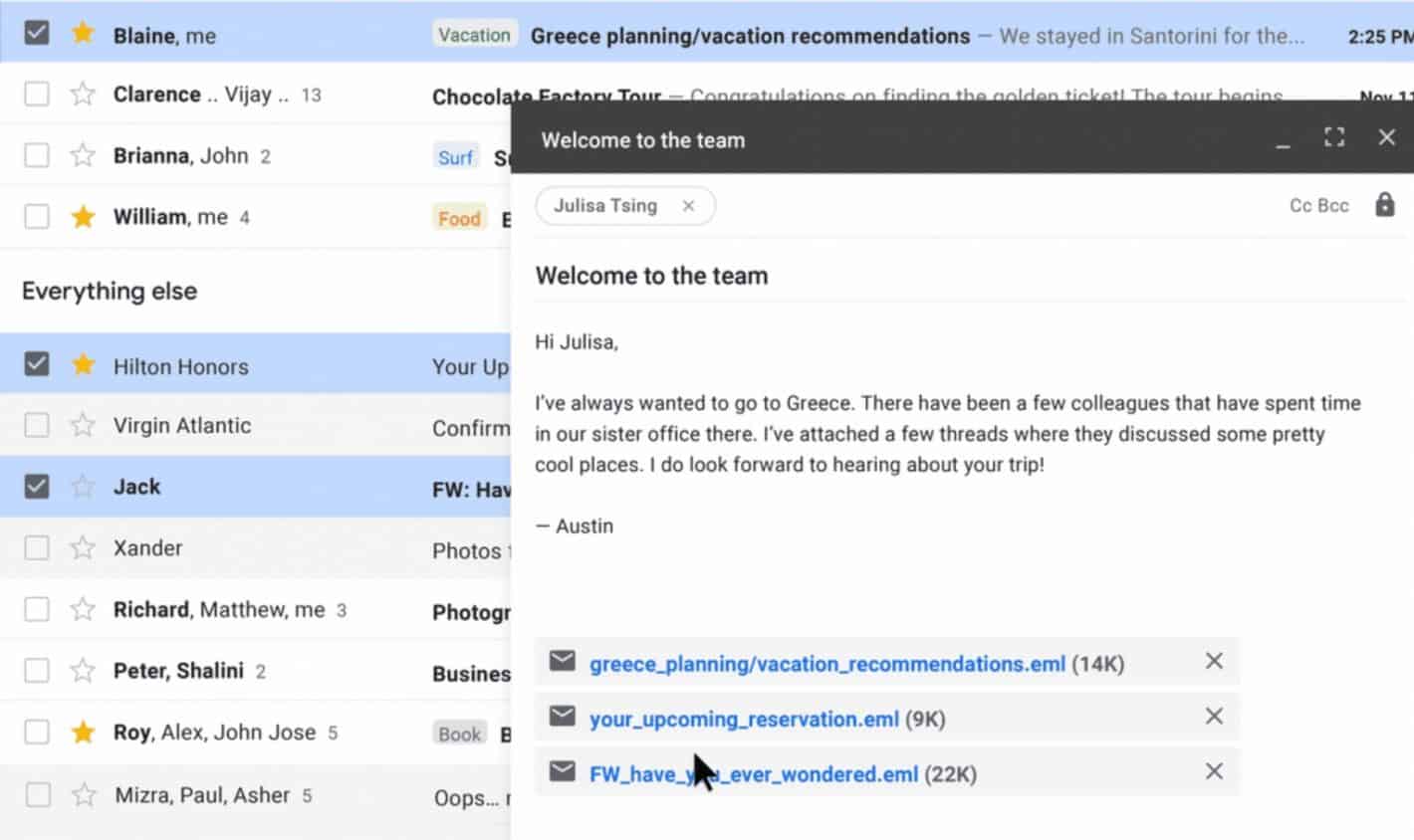 Gmail users will soon have the option to send emails within an email.

The new feature was announced this week by Google and is due to go live for all users over the next few weeks.

The rolling out of Gmail’s emails within emails feature has already started.

Emails within email in Gmail

If it sounds a bit confusing, it’s not supposed to be. If anything, the new feature is designed to make sending an email – via an email – even easier. Essentially, Gmail will now let users send one email as an email attachment.

Of course, users can just forward an email and in most instances, forwarding works just fine. Even after this feature goes live for everyone, forwarding will likely still be the best option. This feature is not designed to replace forwarding. Instead, it is for other instances where forwarding is not the best or most efficient solution.

In announcing the new feature, Google provides an example of a use case which perfectly sums up the new feature. In the example, a person sends another person a welcome email and then attaches multiple other ‘things you need to know’ emails to the original email.

In this scenario, only one email was needed to be sent instead of the user having to forward multiple emails, possible from different people, to someone.

Google says this type of situation is one it has heard many Gmail users encountering, hence, why the feature is being rolled out.

What’s more, using the feature is pretty straightforward as a user can simply drag and drop an existing email to the new composed email. Again, drag and drop multiple emails, if needed.

Rolling out now, but slowly

Google says the feature started rolling out on December 9 and therefore some users will likely already have access to it.

However, Google also says this is a staggered rollout and therefore it will take its time to reach everyone. For example, it will be close to the end of January for those who receive it last.

In the meantime, and to avoid any instances of trying unsuccessfully to drag and drop emails into another email, you can simply click on the three dot menu to see if you’ve received the update.

If you have, a new “forward as attachment” option will be available when an email is selected. This is an alternate way you can send the email within an email without having to drag and drop.