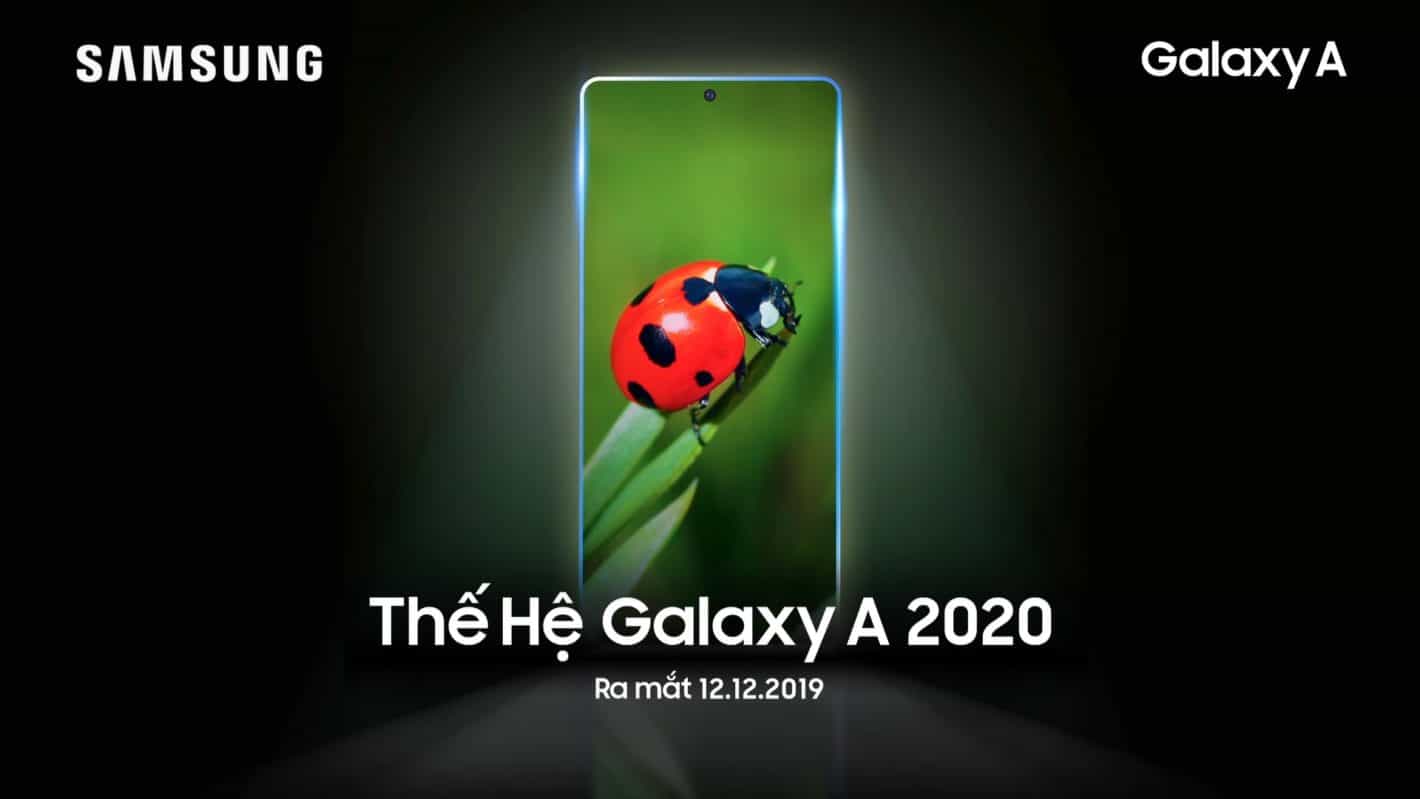 Samsung will announce its new Galaxy A smartphone lineup on December 12, it seems. This information has been shared by the Samsung Vietnam YouTube channel. This is one of Samsung's official YouTube channels.

The company published a promo video, teasing the arrival of the Galaxy A 2020 series on December 12. The date is clearly stated in the promo, and the design of the Galaxy A phones is hinted at as well.

As you can see, this phone has really thin bezels, and a display camera hole. That camera hole is centered at the top of the display, similar to the one on the Galaxy Note 10 series.

This seems to be the way Samsung's flagships will be designed in 2020. The Galaxy S11 flagships lineup is also expected to feature a centered display camera hole.

All the upcoming Galaxy S devices will probably include a flat display, and a thin 'chin' below the display. That bottom bezel is not visible in the provided render.

We still do not know many devices will Samsung announce during this event, but multiple Galaxy A devices are expected to arrive. The company is expected to introduce the Galaxy A31, A51, A71, A81, and A91.

It is possible that not all of these phones will arrive, but the vast majority will, at the very least. Those devices will probably make their way to other global markets as well.

It is possible that the company's Galaxy A 2020 smartphones will not go on sale until January next year. It remains to be seen.

The Galaxy A91 may be fueled by the Snapdragon 865

The Galaxy A91 will be the most powerful device in this lineup. The device's specs actually surfaced a couple of months ago, claiming that it will include the Snapdragon 855 SoC.

That is still a flagship processor, so it's a bit odd to see it in a mid-range phone. The device is rumored to ship with 45W fast wired charging as well.

The Galaxy A91 is expected to include 8GB of RAM and 128GB of expandable storage. A 6.7-inch fullHD+ display has also been rumored. That rumor suggested that the phone will include an Infinity-U display (notch), and not the Infinity-O one (display hole). Having that in mind, that info may have been wrong. We'll find out more on December 12.