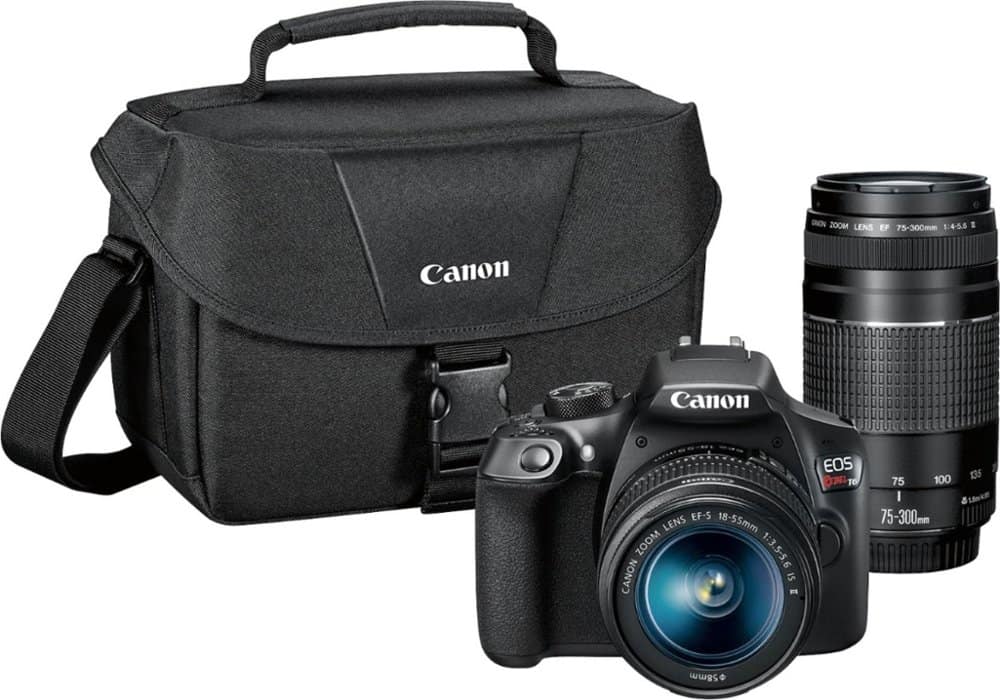 Best Buy has discounted the Canon EOS Rebel T6 DSLR two lens kit by $100 for Cyber Week, and that's goign to make this a great gift for an aspiring YouTuber or photographer on your list. The Canon T6 is a really great "first" camera.

The Canon T6 is a beginner DSLR, so you won't find a lot of the features that are available on much more expensive DSLRs on the market today. It has a 18-megapixel APS-C sensor, which is going to give you plenty of light to work with. Now when it comes to a camera like this, the lenses are what really makes it work.

Best Buy is bundling two very popular lenses with the Canon T6. That's the 18–55mm f/3.5–5.6 IS II and EF 75-300mm f/4–5.6 III zoom lens. These are not prime lenses, but they are good for getting your feet wet. Both of these offer autofocus as well. Which is a really great thing to have.

The Canon T6 can capture video at 1080p, so you won't be getting 4K out of this camera, but for most people, that's going to be perfectly fine. Especially if you are just starting out with your own YouTube channel. The Canon T6 is going to give you some really great video quality, at 1080p60.

As added bonuses with the Canon T6, it has WiFi and NFC built-in. This is going to allow you to quickly share photos and videos to your smartphone to post onto Instagram, Facebook, or really anywhere. It's a really useful feature for any DSLR or mirrorless camera, actually.

You can pick up the Canon EOS Rebel T6 two lens kit from Best Buy today for just $399. This price is likely not going to last very long, so you'll want to grab it before it is gone.