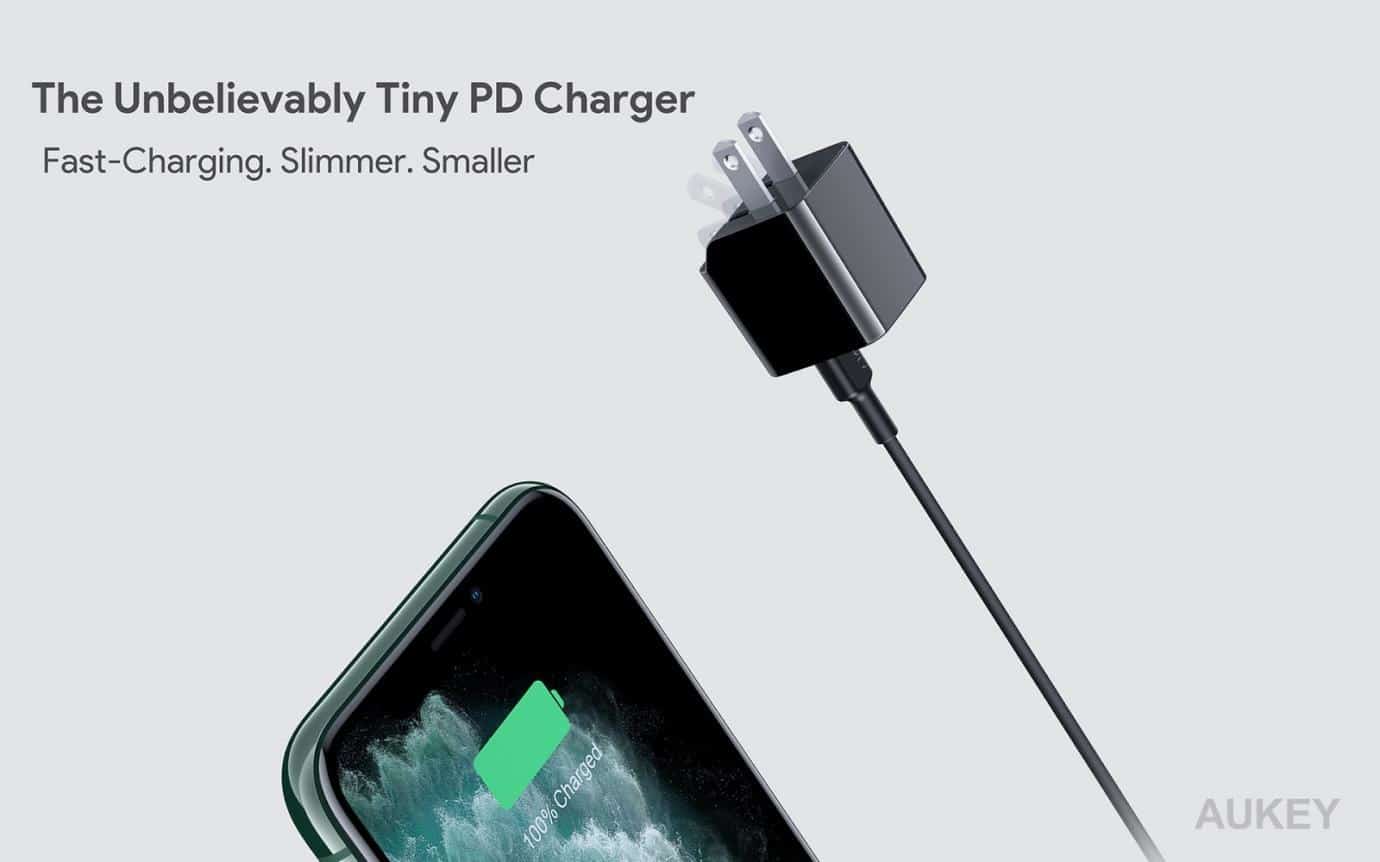 The reason for this trend is simple, Gallium Nitride or GaN. USB chargers have been using Silicon to keep the charger nice and cool, and more importantly safe. But with GaN, that can be achieved by using less space. So you no longer need a gigantic wall charger to charge your smartphone at 30W, in fact you can use a much smaller one.

Of course, that makes it better for travel too.

The new AUKEY Minima 30W USB-C PD wall charger is one of these new GaN wall chargers, and it can charge your smartphone at up to 30W. All in a body that is about the same size as a 5W wall charger – the same one that Apple had been putting in its iPhone boxes all the way up until this year.

Not only is this one smaller, but the Minima 30W USB-C PD wall charger is also able to use foldable prongs. Allowing you to travel with it, and not need to worry about bending them, or damaging them in any way.

Most smartphones will charge at up to 30W, with some like the Pixel 4, being a bit slower at 18W. This will charge the phone at its fastest supported speed. So you don't need to worry about overcharging.

Though, AUKEY also has a smaller version that is 18W, and it is also available now.

The AUKEY Minima 30W USB-C PD Wall Charger is able to charge laptops and even your Nintendo Switch. Now with some laptops, it'll likely be below the speed that the standard charger would give it. Which likely won't be a big deal, unless you're using it for intense tasks like gaming, while it is charging. Then it'll be dropping power faster than this charger can supply it.

You can pick up the AUKEY Minima 30W USB-C PD Wall Charger from Amazon today. It's priced at $29.99 normally, but right now there is a 15% off coupon available on the page that you can clip. This brings the price down to just $25.49. That's a really good price for a 30W USB-C PD wall charger, nevermind one that uses GaN.