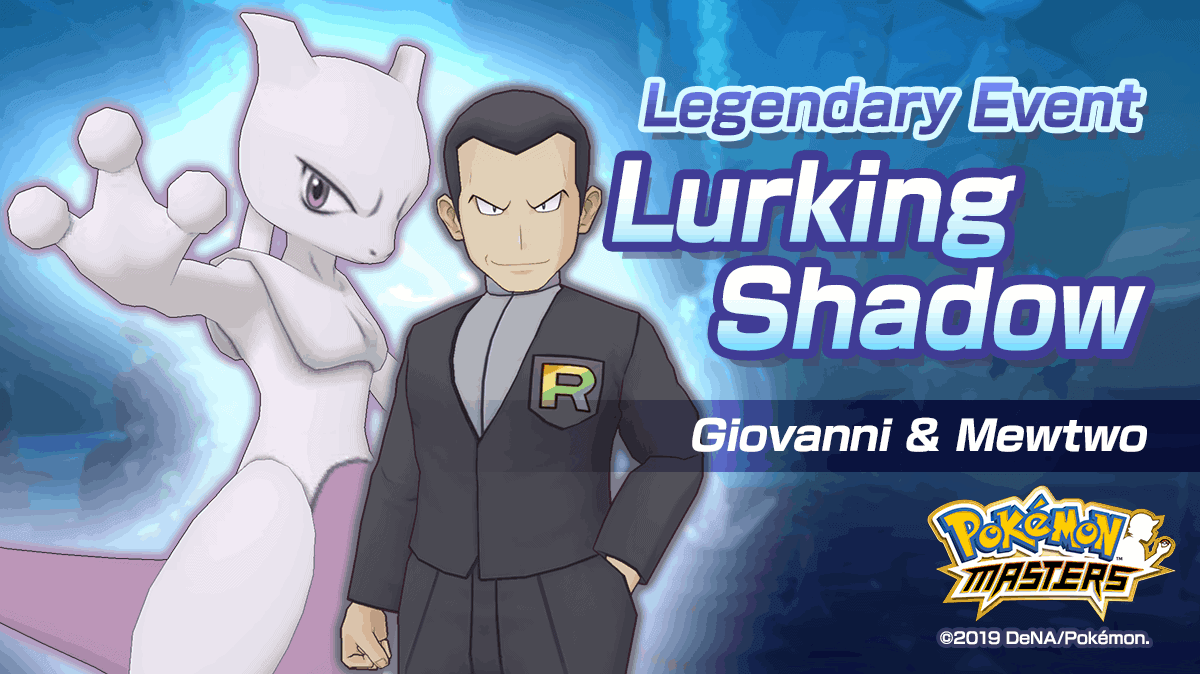 A new sync pair has arrived in Pokémon Masters, which means you will have new character pairs to acquire and new story content quests to complete.

The new pair arriving in the game are Giovanni, the leader of Team Rocket, and his Pokémon Mewtwo.

Those who have played the original Pokémon games on Gameboy will no doubt remember the extreme power that Mewtwo had, so there's a fair chance this will be a pair that you want to grab.

The pair is part of an in-game event

As has been customary with other new sync pairs in the game from launch until now, Giovanni and Mewtwo will be part of an in-game event that players will progress through.

The event, called Lurking Shadow, only lasts till December 18 so anyone planning to pick up this sync pair for their collection will want to get started as soon as they can.

Keep in mind you won't get the pair immediately. First you will need to play through the story of their arrival. As part of that you'll battle Giovanni and Mewtwo, and then gain the ability to pick them up as a sync pair that you can use alongside your main character.

In addition to gaining the duo from the event, you will need to play the event content to access some stuff for them. Specifically higher levels and certain abilities.

Unlocking the level cap can only be done with a certain type of item. And, you can only acquire that item from the event content. Certain special abilities will also require these special event items.

What that means for players is that you shouldn't stop playing Lurking Shadow missions or quests simply because you now have Giovanni and Mewtwo. At least not if you want reach max level and acquire new moves.

The max level has been increased to 120 from 100, and will apply to all your sync pairs. So once you unlock it you can raise more pairs up to that level than just Giovanni and Mewtwo.

You will also learn about Giovanni and Mewtwo's connection to the game's main antagonists Team Break. So if you're playing this game partly for the story then there's more incentive to participate in the event.

Lurking Shadow is currently live within the game, which means you can login right now and get started.