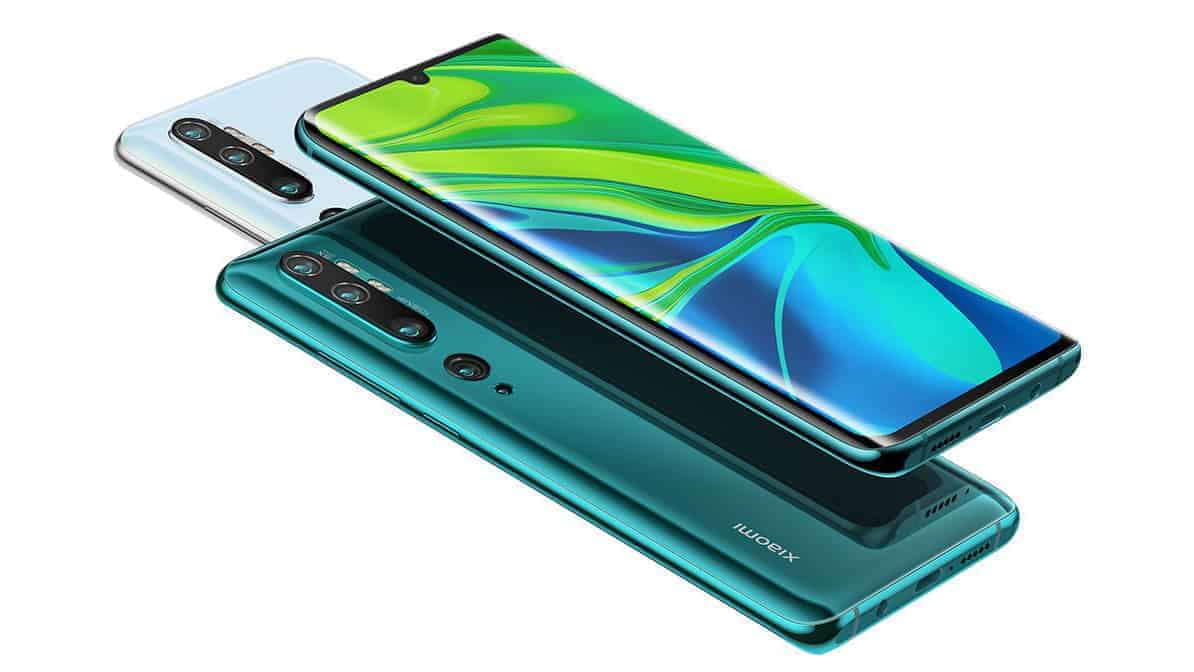 Xiaomi has just announced the Xiaomi Mi Note 10 in Barcelona. For those of you who do not know, this is essentially a global variant of the Mi CC9 Pro which became official yesterday in China.

This is the first 'Mi Note' device that Xiaomi announced since 2017. The Mi Note 3 arrived back in September 2017, as the company's first Mi Note-branded mid-ranger. Well, the Mi Note 10 is also a mid-range smartphone, quite a powerful mid-ranger, though. This handset comes with a whopping 108-megapixel camera on the back, and one of Qualcomm's best mid-range chips.

The phone is made out of metal and glass, while it includes five cameras on the back. On top of that, you will notice two sets of dual-LED flash sensors back there.

On the front, the Mi Note 10 features really thin bezels. Its bottom bezel is the thickest, but it's barely thicker than the rest of them. The phone also includes a tiny dewdrop notch at the top of the display.

Its rear-facing cameras are vertically-aligned, and most of them protrude on the back a bit. The phone is quite slippery, and it's quite curvy as well. The device includes a flat display, with a curved glass on top of it, despite what renders may suggest.

Audio jack is included, and so is an IR blaster

All the physical buttons are placed on the right-hand side of this phone, while a 3.5mm headphone jack is a part of the package. An IR blaster is also included, as is an optical in-display fingerprint scanner.

Android 9 Pie comes pre-installed on the device, along with MIUI 11. A large 5,260mAh battery is also a part of the package, while it supports 30W wired charging. Bluetooth 5 is included, as is Hi-Res audio.

The cameras on this phone are quite interesting. In addition to a 108-megapixel main camera (f/1.69 aperture, 7P lens, OIS), the phone also includes two telephoto cameras. A dedicated ultra-wide camera is also included, and the same goes for a macro camera.